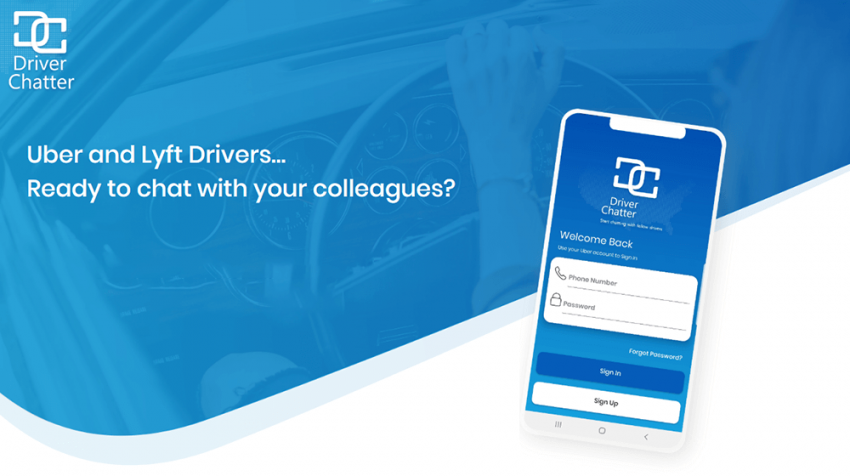 An Uber and Lyft driver from Chicago has launched a new app designed to enable drivers to connect with colleagues on their own social site.

The app is known as DriverChatter and is available to download to Uber and Lyft drivers. DriverChatter has successfully launched in Chicago and aims to develop its userbase in cities throughout the United States.

The app was developed by Vivek Shah, a driver for both Uber and Lyft for over a year. Shah came up with the idea to have a central place for drivers to connect while he was backpacking around the world.

The app aims to overcome some of the obstacles drivers working for companies like Uber and Lyft can face, by enabling drivers to chat and interact with one another and give each other the ‘heads up’ on a purpose-built platform.

As Vivek Shah comments in a press statement: ““I was thinking about how helpful it would be to chat with other drivers about the demand at O’Hare before making the 45-minute commute from home.

“Then it dawned on me to create an app for drivers to chat and give each other a heads up on a number of things like airport wait times, surges, prime times and all things ridesharing,” Shah added.

Drivers simply sign up to be a DriverChatter user. And this allows them to chat with other drivers. They use their personal DriverChatter profile. Or they can use an anonymous mode if they would prefer anonymity.

The app provides complete security with end-to-end encryption. It also offers image sharing features. And drivers also get the option of sharing their location. This gives them the option to contact nearby drivers for meet ups.

Other Features Being Developed

Other features currently in development include video sharing. They also feature a walkie-talkie mode. And the app also gives drivers the ability to create their own chatrooms.

DriverChatter launched in Chicago. But a nationwide initiative allows drivers to select their city’s chatroom. And it allows them to chat with nearby drivers across the United States.

As Shah notes: “What’s great is if a driver is planning on moving to a different city or state, they can start chatting with drivers and learn more about the area’s requirements and ridesharing culture. One user expressed through the chatroom that they have always been curious as to why drivers don’t band together and build their own app.”

Download DriverChatter via the Apple App Store. Or find it on the Google Play Store.