Impact of COVID-19 on Small Businesses – Where Is It Worst? 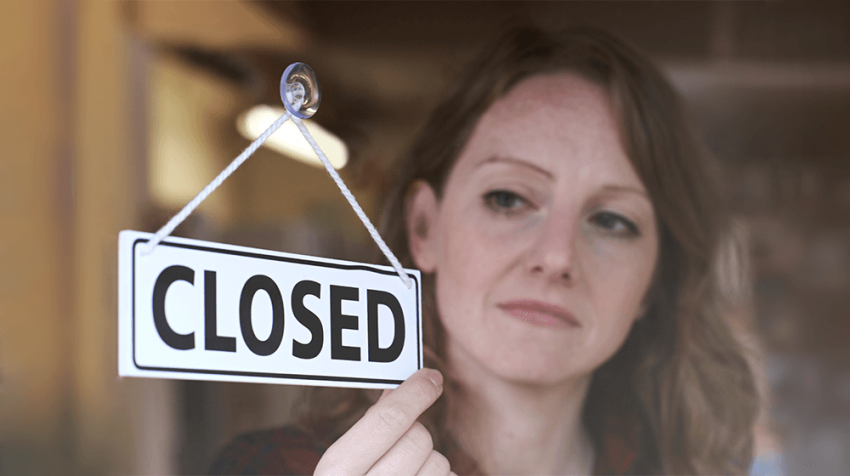 In late March, the SMB (Small and Medium Business) Group surveyed more than 500 businesses. The SMB survey found out which small businesses were most impacted and outlined expected changes that will be part of economic recovery.

Which Small Businesses Are Most Impacted?

The COVID-19 impact varies by type of business, with these three categories most affected: personal service, hospitality and retail. The smaller the company, the harder the hit, with companies with fewer than 20 employees most affected.

Why? Because a small business with fewer than 20 employees typically lacks cash flow and capital. Those companies were the first to reduce hours for employees or lay off employees. Those businesses were also the first to stop hiring subcontractors.

“Those businesses had a challenge, and will experience the most extreme negative impact,” said Laurie McCabe, SMB’s cofounder and partner. “They had to learn how to serve customers in the new stay-at-home environment.”

McCabe said that continuing to operate has been impossible for small businesses which provide hands-on services, such as hair salons and spas, home improvement and repair contractors, and for many dental and medical offices. 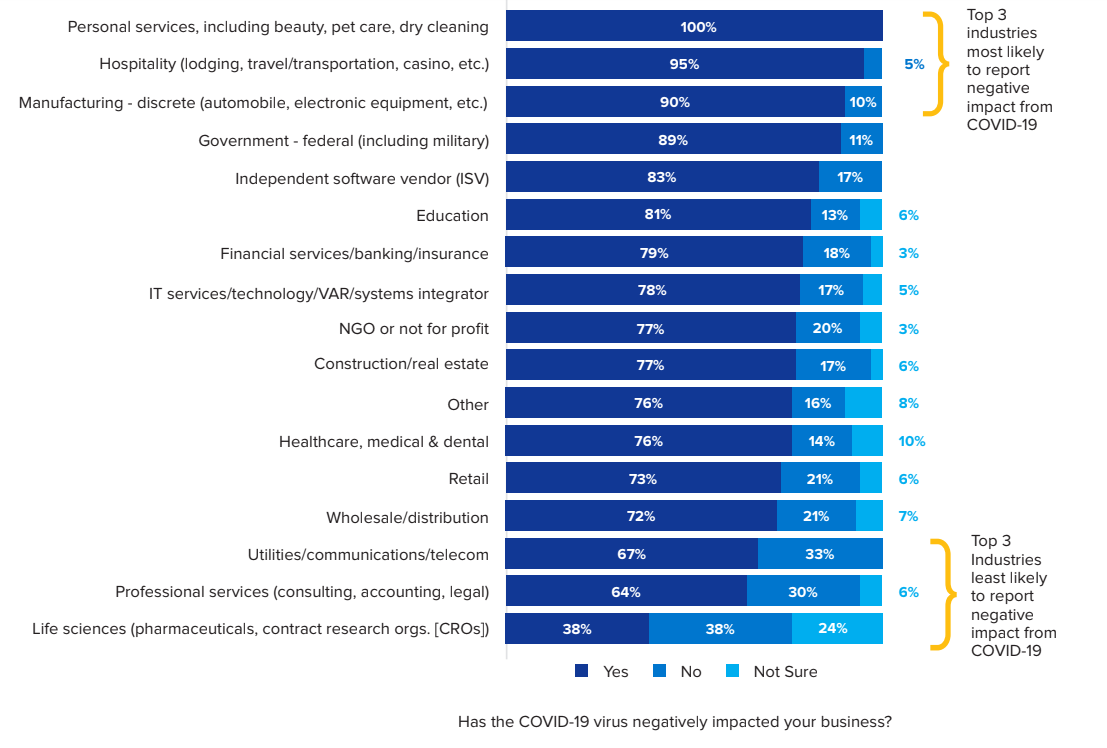 image: SMB Group
For others, such as those in retail who relied on in-store traffic, small business owners had to find new ways to get their product to the customers. They may have revamped websites and/or Facebook pages, to switch the emphasis to online ordering.

The Lasting Effects of the New Normal

“There will be a new normal, where people learned to do business in different ways,” McCabe said. “Maybe your business was a law firm or financial planning, and everybody used to come to the office.”

“So, you offered them a way to talk to you using face time or video conferencing,” she said. “And this is likely something you’ll continue to offer to customers going forward.”

“That’s something that was done out of necessity,” McCabe said. “But as a cost-saving measure, it may continue in the future.”

Allowing employees to work from home may have another benefit, as small businesses attempt to recoup loss of income.

“In the survey, we asked employers where they hope to cut costs going forward, and 40 percent said cuts would be made in what’s called non-employee spending.”

“If employees can work from home and be very productive, maybe you would be fine with a smaller office,” McCabe said.

Survey respondents said they expected to spend money on upgrades to business communications, such as computer hardware, business software and telecommunication equipment.

“It will never be like it (COVID-19) never happened,” McCabe said. “Small business owners who found out just how creative they could be, will be ready to take advantage of new opportunities.”

Going forward, having a responsive and effective web and social media presence will be very important, she said. Employers who lack the resources and expertise to do so should consider hiring someone part-time to lay the groundwork for such a presence.

“If you’re a small business owner, you already knew that you could never drop the ball, not even when times were good,” she added. “Going forward it’s time to take a look at everything that happened and say to yourself, what did I learn?”

“I think that in the landscaping business, you’re going to see an emphasis on at-home entertainment,” she said. “People are going to finally put in that pool, do some remodeling, put money into all kinds of projects to enhance their homes.”

She said that at the same time some businesses are struggling to survive, there will be growth in “accidental entrepreneurs.”

Late in 2019, SMB conducted a separate survey and asked small and medium business owners how they felt about 2020. More than 60 percent of respondents said they were optimistic that their revenues would increase.

In the survey conducted in late March 2020, small and medium business owners were again asked how they felt about revenues. More than 60 percent said they felt their revenues would shrink for the next 6 months.

Loss of revenue is bad by itself. Many small and medium business owners also felt a great sadness and regret over how that loss of revenue affected their employees. Not being able to pay good employees may have been the bitterest pill to swallow.

McCabe said that by nature, those who launch and operate a small business have what it takes to recover.

“People who start small businesses are, by nature, optimistic,” McCabe said. “The odds that they will be able to bounce back are strong.”

“The hardest thing is that we don’t know when we’re going to start to recover and what it will be like,” she added. “I think that it will work like a dimmer switch, in reverse, that it will start to get brighter and we’ll adapt and adjust as it does.”

Go here to learn more about the survey.

image: SMB Group
SMB is a research, analysis and consulting firm which focuses on technology adoption and trends in the small and medium business market.