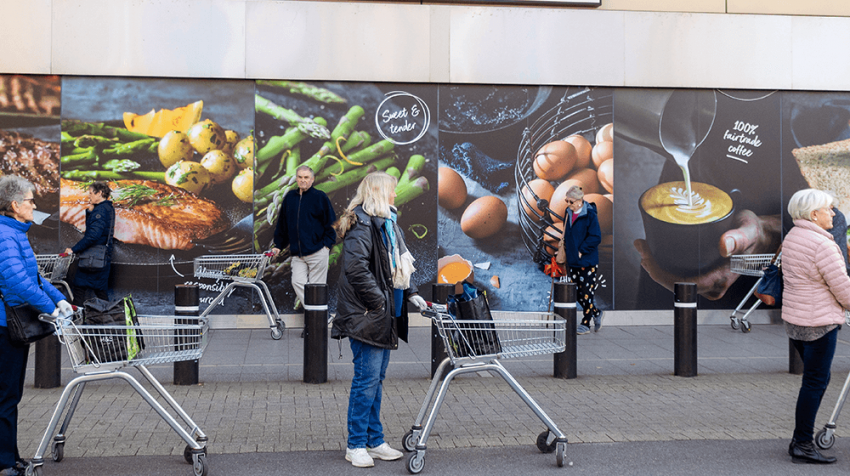 As the impact of the COVID-19 pandemic continues to unfold the effects on business both in the short and long term are negatively affecting consumer behavior. According to a survey by TruePublic there is some hope in sight as isolation and social distancing seem to be ending soon.

The survey indicates that a return to normalcy whether it is traveling, eating out, attending concerts or going to the movies would be hinged on the fact that a vaccine is found for the coronavirus.

Life Without a Coronavirus Vaccine

Among the 16 to 35-year olds in the survey, more than half (55%) are willing to go out and eat at restaurants as soon as the isolations are lifted. This signals some good news for restaurants that have partially or completely shut down. People have stopped going out in an attempt to avoid spreading or catching the disease.

A further 16% say they would consider eating out in restaurants only months after the end of the isolation. Others say when a vaccine is out (13%) or several months after a vaccine hits the market (16%). This represents almost 30% of the respondents, which is a considerable percentage of the population.

Those that are more cautious 24% say they will consider going to movies only long after a vaccine is out. In a similar token 32% say they will go out and attend concerts as soon as the isolations ends, with a further 23% saying they could consider attending only months after the end of the isolation. Almost half (45%) would only consider attending concerts only after a vaccine is found.

However, when it comes to attending larger popular events such as Coachella and Comic-Con the 16 to 35-year olds are not throwing caution to the wind. More than half (54%) will not be going back to these events until a vaccine is available or at a later date after the provision of a vaccine.

Vaccines as a Threshold Towards Seeing Normalcy

Irrespective of the activity, the TruePublic’s survey of over 200,000 Americans indicates there is an almost 50-50 division in terms of going back to their normal routines.

When it comes to sporting events the respondents are split 52- 48 on whether they would attend their favorite sporting events. The majority are swaying towards attending, irrespective of a vaccine. Conversely traveling outside the US has divided the surveyed 48-52. More than half (52%) say they will only consider traveling abroad after a vaccine is found. When it comes to traveling in-country a majority (61%) say they will travel across the US once the isolations are lifted irrespective of whether a vaccine is found.

In regards to returning to the gym and working out, there is more trepidation. Not surprisingly 46% say they need to see a vaccine available for them to consider going back.

Silver Lining in the Wake of the COVID -19

Despite the uncertainty, the $1,200 support check from the government has helped alleviate immediate financial concerns. This was the case for 57% of young Americans in the survey.

More than half of the surveyed Generation Zs (59%) have also admitted to being happy working from home during the isolation. However, baby boomers are the happiest to be working from home, with a whopping 80%, followed closely by Generation X at 71%.  Relatively speaking Millennials are lukewarm on their sentiments with 51% happy to work from home.

Online commerce is also seeing a boon. Despite some businesses grinding to a halt online shopping is benefiting. According to the survey, 34% say they are shopping more online and will continue post-COVID. This signals opportunities for business to further open up their eCommerce capability. In fact, some 26% of Americans have discovered a new brand they’ve never used before during the pandemic.

A further 19% say they might start online purchases even after a vaccine. Of which women are 5% more likely to take their shopping online and keep it up after COVID. Millennials between 23 – 35 years of age are the most likely to shop online at 63%. Generation Z and younger come second with 58%.