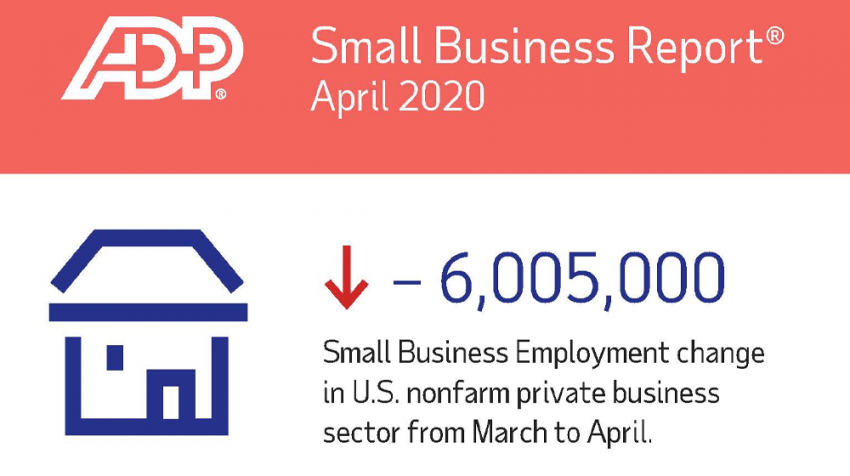 It underscores the impact the coronavirus pandemic response has on businesses of all sizes.

“Job losses of this scale are unprecedented.  The total number of job losses for the month of April alone was more than double the total jobs lost during the Great Recession,” says Ahu Yildirmaz, of ADP Research Institute.

The numbers in the latest ADP Small Business Employment Report are just as shocking.

More than 6 million small business jobs were lost in the last month. Of course, many of these jobs were lost temporarily, presumably. In states across the country, particularly the largest states in population, many small businesses were ordered closed by state governments. If they weren’t closed, they had to drastically alter their business operations. Restaurants can’t serve sit-down meals and must do delivery or take-out orders instead. Offices have to figure out how to switch to remote working plans.

And in many cases, small businesses simply had to tell employees to go home and file for unemployment.

Service-providing businesses lost the most small business jobs by sector, the report reveals. More than 4.5 million of the 6 million jobs lost were service providers.

Check out the ADP Small Business Report for April 2020:

Franchise businesses didn’t suffer as many job losses from March to April.

Many of these businesses stayed open throughout the pandemic response.

But again, like others, franchise businesses weren’t immune to the coronavirus pandemic.

Nearly half of those jobs, 500,200 of them, got eliminated at restaurants. Auto parts and automobile dealers suffered the second-most losses from March to April. More than 167,000 of their employees are out of work right now. 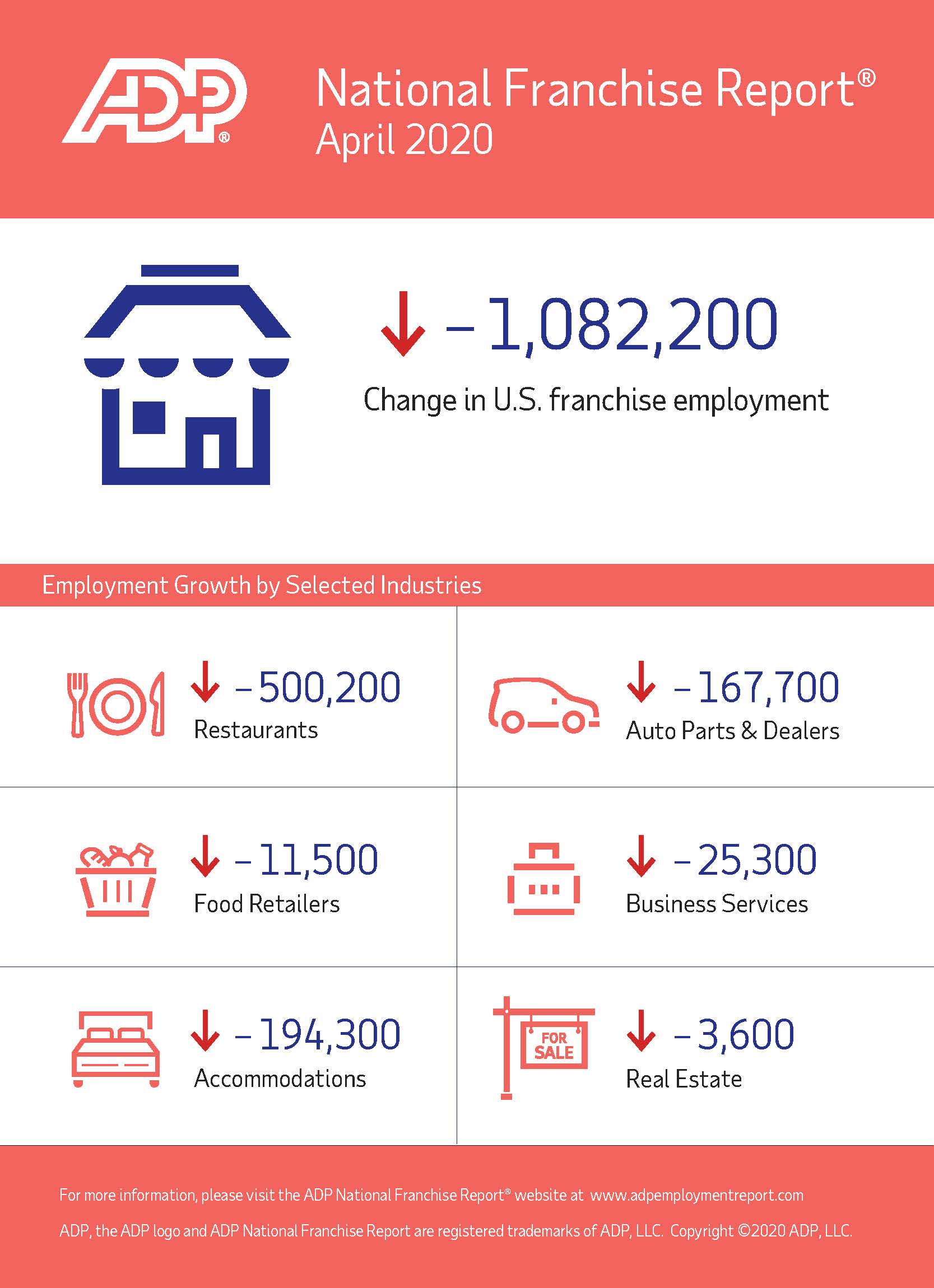 The latest ADP National Employment report reveals much of the same. And it shows big businesses suffered right alongside the small. In fact, more than 14 million Americans lost jobs at mid-size and large businesses from March to April.

The industries hit hardest by the losses are construction (2.47 million job losses) and leisure and hospitality (8.6 million losses).

This infographic on the report contains more details on the grim jobs data.