Laurie McCabe of SMB Group: Will the 43% of Closed Small Businesses Come Back? 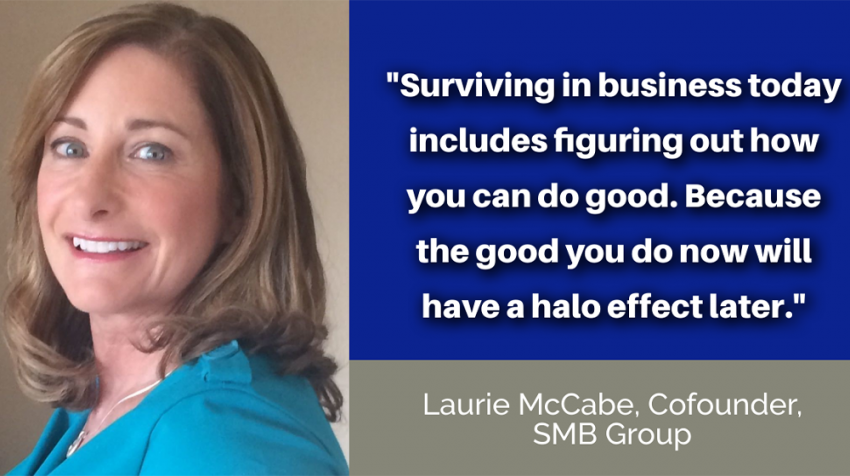 We found out today 20.5 million jobs were lost in April due to the ongoing Covid-19 pandemic.

And many of those jobs were people working at one of the nation’s 30 million-plus small businesses.

And, according to a recently released report by the SMB Group, Impact of COVID-19 on SMBs: Navigating a Path Forward, 43% of small businesses temporarily shut down due to the shelter-in-place orders many states put in place in response to the deadly outbreak.

But possibly the biggest unknown going forward might be just how many of those businesses will be able to open back up again, which SMB Group co-founder Laurie McCabe and I discussed earlier this week during a LinkedIn Live conversation.

“Surviving in business today includes figuring out how you can do good. Because the good you do now will have a halo effect later,” she says.

Laurie shares some of the key findings from the study, including how some small businesses are turning to certain technologies to help them not only survive, but also thrive even during the worst economic downturn since the Great Depression.

Click on the embedded SoundCloud player to hear the full conversation.

Here’s a transcript of the interview with Laurie McCabe: 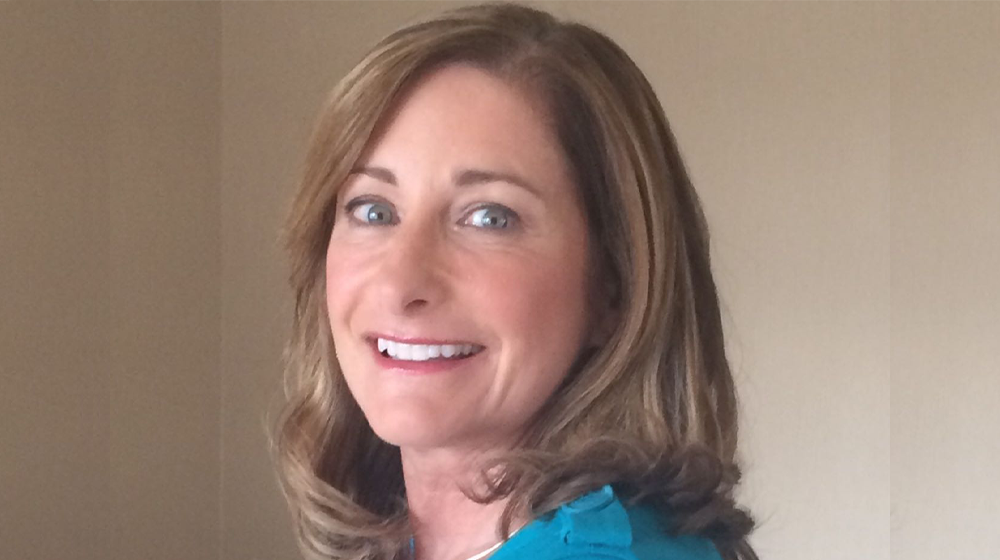 Small Business Trends: Overarching top-level takeaways, walk us through it.

Laurie McCabe: This was done the last week of March, but already 75% of the respondents that we surveyed were like, “Yes, this thing is negatively impacting us.” And at that point, I think it was really interesting that last week of March, 3% of these businesses had already gone under and were not planning to reopen and about 43% had already closed temporarily. And I think that the other thing is that revenue impact; among those 75% that said, “Yep, this is hurting us, we have a negative impact,” 60% of them thought their revenues would drop by about 30% or more in the next six months, so we infer what we knew.

And one of the things as time has gone on that I wonder a lot about is this 43%, the ones that closed temporarily. How many of them will be weathering and able to reopen? They planned to do that now over a month ago, but we know the cash flow situation’s really constricted in a lot of SMBs, so it’s very concerning.

Small Business Trends: I’m glad that you keep on talking about this. You did this at the end of March.  Because that was a full month, a little over a month ago.

Small Business Trends: So we know that things have shifted and I’m guessing shifted to a more negative view. But even at this time, it was already showing up.

Laurie McCabe: I think actually the supply chain effect, may have been actually worse then, when you think about it, because that’s when a lot of the issues with suppliers overseas were at their worst. Now, I’m not a supply chain expert, but my understanding is that some of those issues have eased a bit. So I think in some cases, and depending on the industry and depending on where your supply chain is and what you’re manufacturing or what you’re selling or whatever, there’s going to be differences. But this one may be one that’s maybe getting a little better.

I think obviously in-store business traffic. There were still businesses open at the end of March. Well, sounds like there are again in Georgia, but here in my state and most of the Northeast, not much is open. So you have to really imagine that in a lot of areas, there’s literally no in-store traffic, right?

Laurie McCabe: We see things plan to open up, so future bookings, hopefully, like at salons and spas and whatever, dental offices, are hopefully picking up.

Laurie McCabe: Yeah, I was, too. But the flip side of that is in this future question, they think things are going to get better faster. And I think we look at these huge companies, like Facebook and Google and Microsoft, and we know they’re doing very well. But I do think some of the smaller vendors who would be the ones in our study are worried because even though the software spending is going to be less affected by budget cuts from SMBs in some of the other categories we asked about, they’re still cutting spending, and maybe new things that they were thinking about doing you’re putting on the back burner for a while.

The other thing is so much in the cloud is per user per month, right? And when you think about it, if people are laying off, they’re not going to need as many seats, whether it’s for their HR app or their CRM map or their whatever app. Collaboration apps. And then there’s lot of free stuff right now, and maybe people are saying, “Hey, I’m using something that I’m paying for, and I wasn’t even that crazy about it to begin with, so maybe I’m going to just try one of these free things now.”

Small Business Trends: And it seemed like a lot of the cloud software companies, they were first to create these kind of programs that help their customers not have to pay or offer very big discounts. And I think they’re doing it for the right reason. They’re doing it because they want to help. But it also was, when you think about it, pretty smart because the longer that you can stay connected to your customers, if you could see them through this crisis and see them to other side, chances are they’re going to be sticking with you after things get better, too.

Laurie McCabe: Right. I like to say you need to try to figure out for your company, whether you’re big or small, if you’re staying the course and going to stay in business, how can you do good now? Because the good you do now will have a halo effect later. Like you said, hopefully it’s also happening for more selfless motivations. But it is interesting, though, with something like Zoom or any of these video apps, getting those free, no big deal because you can just turn it on and they’re really pretty easy to figure out how to use. They don’t really involve business processes. I do wonder about the uptake on free apps that you have to think more about how you configure it and set it up and stuff like that. So my thought is that the companies that always had some kind of freemium may be better equipped to get somebody successfully on a freemium offering.

Small Business Trends: Yeah, I think before the pandemic, I would say most of the efforts of these companies were around customer acquisition. Maybe 60%, 70%, somewhere maybe upwards of 80% of their initiatives were based on bringing on new customers. That has completely shifted. Rightfully so, because nobody is looking to add a new service unless there’s some kind of really deep discount. Most of these companies are looking to figure out how can we extend the relationship with customers we currently have? I like to say it’s The Chips Are Down theory. Because when the chips are down, when times are tough, you want a vendor that is not just there for a transaction. You want them to be there because they view you as something beyond just a transaction, and you want to have that kind of relationship when the chips are down.

And when things get better, there’s no reason at all for you to think about going somewhere else because this company helped you get through the tough time when the chips were down. So it seems like the switch to really focusing on customer retention, it’s smart, but you got to be able to do it in a way that I like to say your small business customers feel it. They feel like you’re really in it with them.

Laurie McCabe: Yeah, it’s all that soft stuff that’s hard to really quantify. And I think one of the other things to look at is they’re giving away a lot of the free software, but what else are they doing? What are they doing maybe to help me [inaudible 00:09:06]? Or if I’m in an industry that is seeing just a huge spike, like maybe I do manufacture masks or I turned my distillery into a hand sanitizer factory, whatever those is, are they doing stuff to accelerate me and get me whatever I need to handle that spike in demand? So the great thing is I think we’ve seen a lot of these vendors step up with everything from the free software to grants. I just saw Salesforce had something helping them with employee testing.

Laurie McCabe: Yeah, HubSpot has this cool thing on their site where you can go in and look and see. And none of us know what good looks like now, right? In terms of marketing. So you can go in and benchmark yourself against their aggregate user data or things like email opens or new deals in the pipeline and probably feel a lot better because what you’ll see on there is everybody’s taking a big nosedive. It’s not just you. And hopefully as things recover, we’ll be able to see what that looks like and not be over-expecting for our own businesses, right?