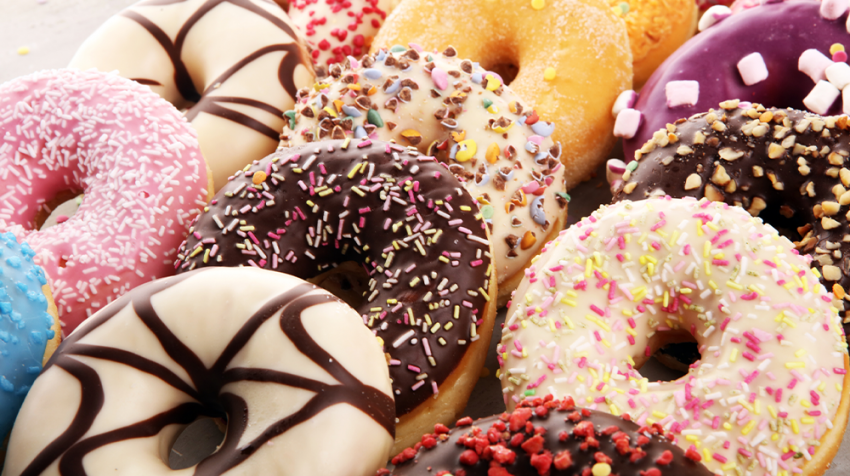 Did you know that the first Friday in June is National Donut Day? In fact, there are several donut (also spelled doughnut) holidays. If you are surprised that a simple sweet confection would have multiple days celebrating it, don’t be.

We all know the big names like Dunkin Donuts, Krispy Kreme and Cinnabon. But recent years have seen unique approaches to the donut franchise. From clever names to new and unusual flavors favored by millennials and Gen Z, the donut is experiencing a resurgence of popularity. And the rising popularity has potential franchise owners sitting up and taking notice.

Also, the donuts franchise business model includes some mobile options for the sweet treat, plus coffee. The mobility may take the shape of a concession trailer or food truck, or a small wheeled cart. As a franchise, the small version of the donuts business is much more affordable.

Here are the best donut franchises for aspiring entrepreneurs with a sweet tooth to consider:

You’d have a hard time poking a hole in this one as a fantastic franchise opportunity. The trouble is, Dunkin’ has been so successful that much of the United States is “reserved” territory. That means that while you can purchase a Dunkin’ franchise from an owner, you can’t open a new one.

California, Nevada and states in the middle of the US are available. Dunkin’ is also planning expansions into the country’s northwestern states.

The requirements to open a Dunkin’ franchise are similar to all donuts franchise requirements. You need $250,000 in liquid assets and a net worth of $500,000. Total startup costs ranges from $100,000 to $1.6 million. That figure depends on the cost of real estate, including how much the franchisee owns or needs to purchase.

You are now challenged to read the words Krispy Kreme and somehow avoid Pavlov’s salivating response. This business includes 4 franchising opportunities. From small to large, the fee ranges from $12,000 to $25,000.

Here are the Krispy Kreme formats:

Cinnabon includes three separate franchising opportunities. There are the Full Bakery, Express Bakery (with a smaller product line) and the concession bakery.

This franchise goes beyond donuts in its offering to also includes a deli. The franchise fee for Dixie Creme Donut Restaurant is $25,000. The start-up costs range from $146,000 to $400,000 for this franchising choice.

As with the other donut franchises, the start-up investment costs vary according to the need for land purchase, and local building costs.

Could be that your Honey-Do list will include researching a Honey Dew Donuts franchise. This business model supports additional locations from the base of a full shop with satellite carts.

The carts can be “deployed” for customers to place a quick order of coffee and donuts. The franchise owner can adjust his business to adapt to the sales opportunity as it presents itself.

Honey Dew Donuts is currently going strong in Massachusetts. The company is eager to expand into New England states.

This is a relatively new donut biz that has been dominant in Kansas City and Denver. La Mars Donuts focus is on the gourmet donut market, with many of its lineup including handmade donuts.

What’s unique about a La Mars location? The customers get a choice. Go through the speed line on the day that you’re in a hurry. When you’re not, relax in the seating area. The seating area is designed so customers can use it as an office away from home.

The Duck Donuts franchise is known for a unique approach – providing a warm, made-to-order donut for the customer. The fee to start the franchise is $40,000.

Duck Donuts is fairly-well established on the eastern side of the US and eagerly expanding across the country.

What Are the Pros and Cons of a Donut Store?

According to research by IBISWorld, donuts are a growing industry. The rate of growth averages 2% per year, according to IBISWorld information. It is one of the more profitable food businesses. Revenue is steady and has low volatility.

Most donut franchises charge a royalty fee of 6 or 7% on gross sales. The royalty fee may be taken before or after taxes. Again, this should be part of the franchise disclosure document.

And you may need the advantage of unusual offerings and eye-catching branding.

Related reading: How to Open an Artisan Donut Shop.

How Much Does a Donut Business Make?

The profit margin on a single donut is really good. A donut has an average cost of one dollar, and 70% of that is profit.

So, how much can a donut business make? It depends on the scale of your operation. There are many variables, which include the size of the business, the number of employees and the cost of utilities, lease or mortgage. All those things affect your bottom line and will affect what you get for your return-on-investment.

How Do You Open a Donut Truck?

If people can’t come to the donuts, you can bring the donuts to them. The Donut Truck as a stand-alone business entity is a relatively new idea.

Yet, although information is scant, the opportunities are boundless. And this is a donut business that doesn’t limit your creativity. How and where do you want to do business? Want to set up in the parking lot of an office complex? At a university? A manufacturing business park? Or at a special event?

Cinnabon offers a food truck franchise and Honey Dew has a donut cart, but that operates from a base store.

If you want to go it alone, gather information about equipment costs. If you plan to make the donuts in the truck, you’ll need a donut fryer ($8,500), a donut robot mark ($8,500, which makes the donuts before they are cooked), a refrigerator and freezer (total $4,000) and an exhaust hood ($3,000) as minimum equipment.