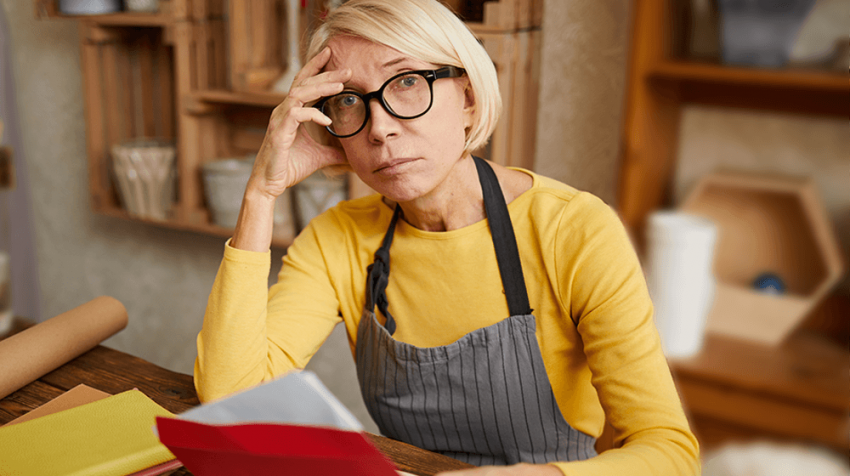 An increasing number of small business owners are saying their businesses won’t return to normal. As of May, this year more than 50% of interviewees noted their pessimism over fears of a resurgence of COVID-19. According to a report by LendingTree the level of pessimism in the business community varies from city to city.

Small businesses were the hardest hit as the COVID-19 pandemic unfolded with businesses reducing operating hours, decline in demands and even shuttering as safety measures took place across the nation. In April 31% of small businesses had stopped operating during the crisis. By the end of April, about a month and a half after a national emergency was declared. 6.2% of businesses said their business wouldn’t recover. By the end of June, that number had increased to 9.7%, which is up by almost 50%.

This comes at the heels of unemployment rates improving in 42 states in June, down by 2.2% from May. Despite the positive numbers the jobless rate had increased from a year earlier to reach 11.1 %, unemployment stood at 3.7% in June 2019.

Where are the optimists and pessimists?

Even though the numbers are not strong nationally, the local conditions seem to dictate business perceptions. Businesses in Austin, San Antonio and San Jose are seen as cities with the most pessimism. At the end of the spectrum, less than 5% of businesses in Raleigh (North Carolina), Salt Lake City and Sacramento see their company shutting down for good.

In Austin, 16.5% believe their businesses will never recover. while 60.6% say it will take four months or more to see things start improving. San Antonio and San Jose also see no recovery among 14.9% and 14,8% of businesses respectively. On a positive note, 60 plus percent see a turnaround in four or more months.

Not surprisingly New York, one of the cities hit hardest by the pandemic also has a similar outlook. Respondents in the city (14.8%) say they are not seeing things returning to normal for a while. Close to 65% say it will take at least four months until things return to normal. Only 7% of businesses in the Big Apple say they haven’t been unaffected at all. 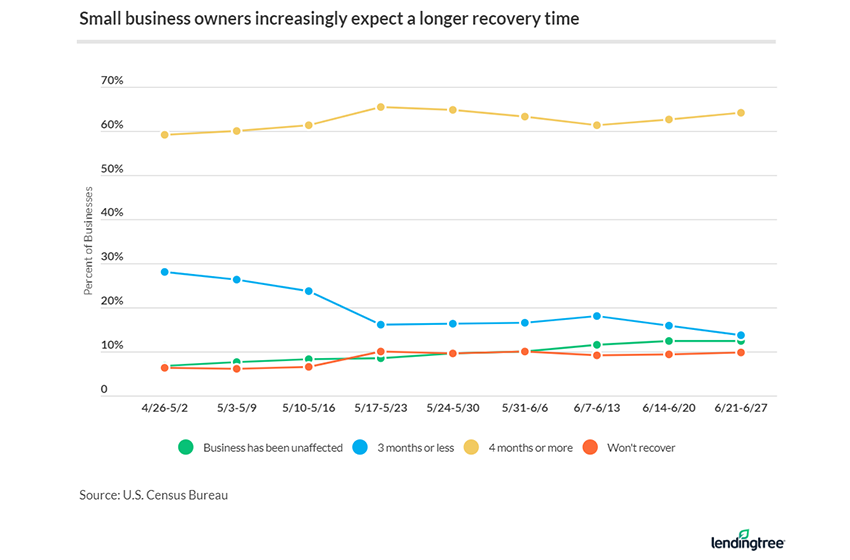 Raleigh, Salt Lake City and Sacramento also see some of the highest percentage of businesses unaffected by COVID-19. In Raleigh, 17.3% say they haven’t been affected by the outbreak. The number for Salt Lake and Sacramento is 17.4 % and 13.8% respectively.

Even where small businesses believe they’ll return to a normal level of business at some point, most think they may have to wait until 2021. According to the report, on average 65.4% of small business owners think it will be four months or longer until business returns to normal.

Those hard-hit are mostly from the accommodation and food services industries. Nearly 71% of small business owners say it will be four months or longer before operations return to normal. However, 17.6% say things will not return to last year’s levels for them.

Irrespective of sentiments the key to making a turnaround is to safely open up. The required mindset in these times is to stand up to the challenge. This means navigating a new world of social distancing, face coverings and decreased capacity as customers slowly start to resume their normal activities.

As a business owner, the onus is on us to make sure to prioritize the health and safety of both employees and customers. This calls for strict adherence to health guidelines and also effectively communicate those protocols to your patrons.

For owners, the challenges brought about by the COVID-19 pandemic also provides for a new level of problem-solving. When it’s time to reopen look towards safety as a key pillar in your business.

Peace of mind is now a key selling point for any business. Your offerings should now look towards addressing safety concerns and making sure that they are up to standards. Measures such as regularly disinfecting your workplace, using personal protective equipment and regular health screening can help you navigate these troubling waters. Taking these steps can help ensure you’re doing everything possible to protect your business, your workers, and your customers.