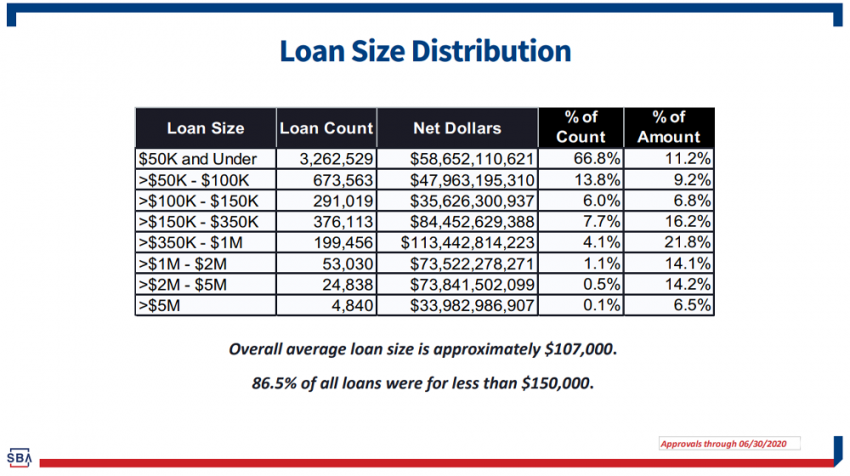 If you didn’t complete an application for a Paycheck Protection Program (PPP) loan before the previous deadline, you’re in luck. On July 4, President Donald Trump extended the deadline for PPP loan applications for more than another month.

The new deadline for PPP loan applications is August 8.

The previous deadline of June 30 came and went but there was still more than $130 billion available to businesses in the US. The PPP loan was created in the wake of the COVID-19 pandemic. Its goal was to keep employers connected to their employees through the length of any government-ordered business shutdowns.

PPP loans can be totally forgiven if the businesses awarded the money spend it within a certain time frame and on limited business expenses, namely payroll.

So far, the 5,461 banks and other lenders participating in the PPP loan program have approved about 4.9 million loans to businesses across the country. More than $521 billion has been borrowed, according to the US Small Business Administration.

Who’s getting these loans? There’s been some criticism of the PPP loan program, mostly when it was revealed that some larger companies were getting approved for PPP loans. The program was designed specifically for the millions of small businesses across the country.

The SBA and Treasury Dept. hoped to solve those loopholes which allowed a company like the Los Angeles Lakers to get a PPP loan when a second round of funding was approved.

According to the SBA, health care and social assistance companies have gotten the most PPP loans, based on the amount borrowed.

Here are the top 10 NAICS industry sectors based on PPP loan amounts:

Businesses in California have received the most PPP loan funding, getting $68.2 billion so far. Texas has the second-highest total at $41.1 billion and New York is third at $38.3 billion.

The overwhelming majority of PPP loans have been for $50,000 or less. The 3.2 million loans of that size represent 66.8% of all the PPP loans approved.