Kentucky Ranks as the Most Connected State on Social Media 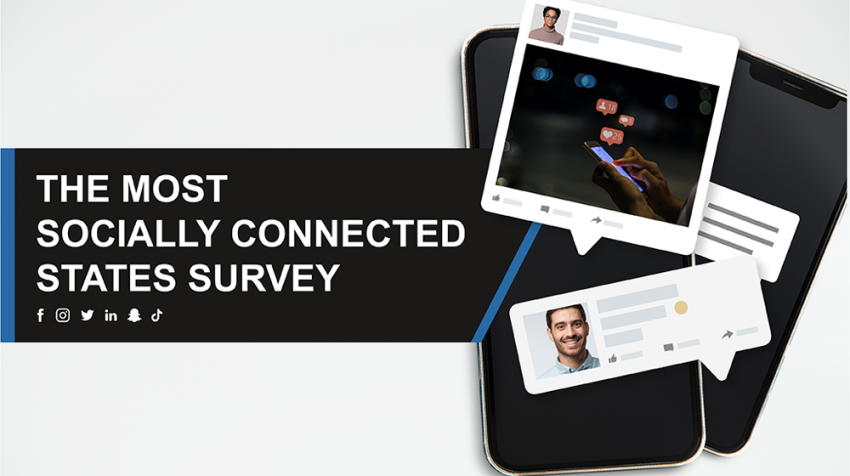 Kentucky is the most connected state on social media.

You read that right … Kentucky.

That’s the result of a recent survey of social media users by Teneo. To find the most connected state, Teneo surveyed hundreds of users and determined the average number of friends, followers, and connections on 6 leading social media sites: Facebook, Instagram, Twitter, LinkedIn, Snapchat, and TikTok.

Teneo Survey: Kentucky is the Most Connected State on Social Media

So, Teneo asked survey participants how many connections they have on all of these big networks. Kentucky users averaged the most. And another bluegrass state, Tennessee, ranked second. California, the state you may have presumed would top this list, came in third.

Here’s a breakdown of the top 10 most connected states across all the big social media sites. The average amount of connections is in parentheses):

A small business owner should look at this and realize that holding back on a social media promotion campaign — whether free or paid — may not be wise. Thinking that your customers aren’t on a particular site may be a mistake.

The Teneo survey dug a little deeper and looked at which social media sites are most popular in individual states. And it broke down the average number of connections by state and site.

Kentucky favors TikTok. Instagram reigns in Tennessee. And Snapchat is really popular in Indiana. In Massachusetts, LinkedIn users there have the most connections in the U.S.

Check out this graphic from Teneo for more info: 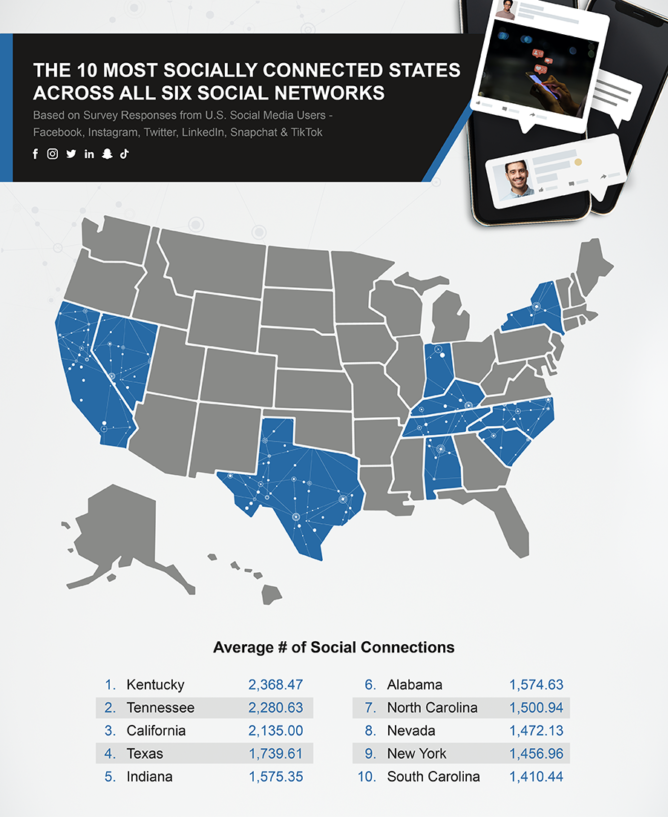 Social Media and the Generations

The survey also found out what sites were most popular among the generations.

The oldest generation surveyed by Teneo, Gen X, also has the most connections on LinkedIn.

Those in the Millennial generation prefer Twitter. That’s where most of their connections are active.

The youngest generation, Generation Z, is more connected on Instagram, Snapchat, and TikTok.