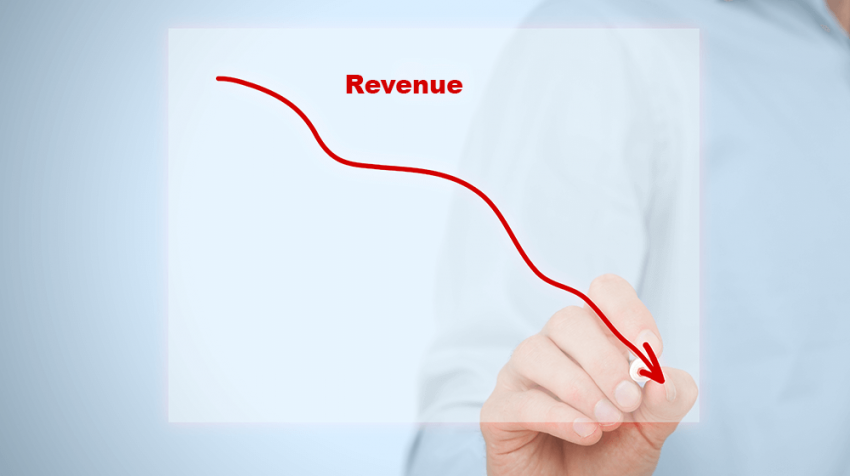 New data by Biz2Credit reveals small business revenues have dropped by 52% during the pandemic. The reported revenue of small business plummeted by 52% compared to the same period last year.

The data collected from 300 small business owners also note that payroll expenses had dropped by 54%. Last year businesses on average spent around $137,126 on payroll.  This year that figure has gone down by more than half reaching $62,599 during the second quarter of this year.

The Small Business Financial Health Survey, also shows the initial impact of the COVID on business in its wake. For example, 60% of businesses said they were closed for some part of 2020 due to COVID-19. Consequently, these businesses experienced a drop in revenue of 87% compared to 2019. Meanwhile, companies that didn’t close saw an average decline of just 13%.

To protect both staff and customers businesses were also forced to purchase protective equipment (PPE) adding further expenses. For businesses to recover, they will need to invest approximately $29,230 in PPE and renovations to deal with COVID-19. That would mean they will see on average a 15-point reduction in gross margins.

“Until now, there has been no attempt to quantify the effects of coronavirus among the businesses that applied for PPP money. These figures tell us just how dramatically their fortunes fell from 2019 to 2020,” said Rohit Arora, CEO of Biz2Credit

Who was hit hard?

Limited Liability Companies (LLC) were the worst hit as they saw declines in revenues by up to 90%. Partial or complete closure had also meant they had to cut back on their staffing as well. The average number of employees in small businesses was around 15 last year. That number has gone down by almost a half with five being the average in 2020.

The effect of the economic turmoil by the pandemic had far-reaching consequences for small businesses. Support to help stimulate businesses to go back to production was limited as well. Only 20% of businesses were offered a deferred payment option by their landlord or mortgage company.

The study also shows that the restaurant industry was hit particularly hard. For those that remained open, between April and June they saw their revenue drop by 72%. This even though the average check size rose slightly. Surprisingly enough the average number of online or takeout orders also went down by 38%.

The road to recovery for small businesses will be a tough one. Despite not making any revenue businesses were forced to incur continuing costs such as rent, paychecks and others. Only one in five businesses were able to negotiate deferments or discounts on rents with their landlords. Nevertheless, businesses were expected to pay their rent in full.

In some cases, local community support has helped restaurants stay open. some eateries were kept afloat thanks to the donations of customers. They benefitted from local communities who bought food to express gratitude to doctors, nurses, EMTs, and frontline workers.

The Paycheck Protection Program (PPP) has so far distributed over $521 billion to nearly 5 million small and mid-sized businesses. It started in April and was extended until August 8. Congress is mulling over new legislation that could allow small business owners to take a second PPP loan. They want to see if the second round of PPP loans would be provided if businesses fully used the funds received in the first one.

Solidarity towards small businesses also came from big business. In August, CEOs of more than 100 companies that included Starbucks, Microsoft and Mastercard asked Congress to continue federally guaranteed loans into 2021. Additionally, they called for flexibility in how that money is put to use.

In a joint letter, they said that small businesses are too critical to the nation’s economic strength to let fail. “From retailers and restaurants to consulting firms and manufacturers, small business owners are facing a future of potential financial ruin that will make the nation’s current economic downturn last years longer than it must”, the letter read.