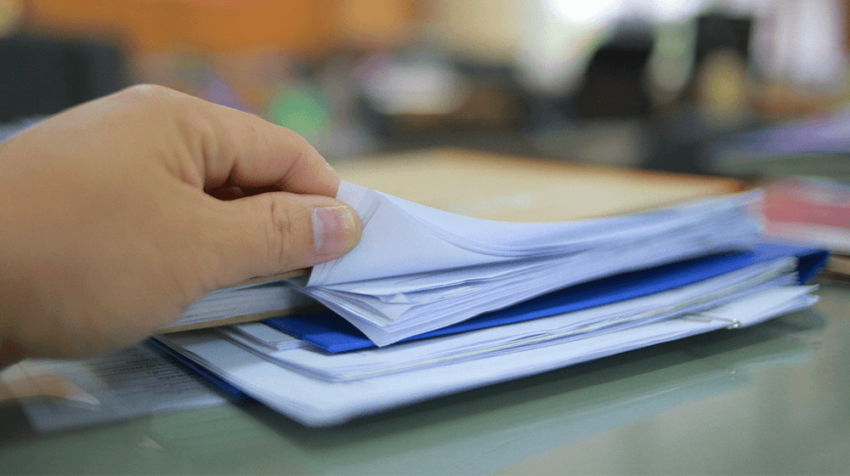 What is a Franchise Agreement?

A franchise agreement is the master legal document that sets forth the rights and obligations of the two main parties to a franchise: franchisor and franchisee.

In legal terms a franchise agreement is a license from the franchisor to the franchisee. A license simply means one party gives permission to another party to do something or use something of value. In the case of franchising agreements, this means:

Although the definition of franchise agreement is simple enough, the documentation can be complex.

A typical franchise agreement is 25 to 30 pages long. After attaching all exhibits and addenda, the final agreement can be two or three times as long.

Here are 20 things you must know about franchise agreements.

In the United States a franchise business falls under the Federal Trade Commission’s FTC Franchise Rule. This is a set of Federal regulations governing most franchises (with a few exemptions). The FTC Rule imposes strict disclosure requirements on franchisors in the form of a Franchise Disclosure Document (FDD) that must be delivered to a prospective franchisee.

One of the required pieces of information in the Disclosure is a copy of the Franchise Agreement. The copy must be attached to the FDD and delivered a minimum of 14 days before entering into a binding contract. This gives you time to review and discuss the agreement with an attorney.

A franchise agreement grants to the franchisee the right to use the franchsior name, trademarks, service marks, logos, slogans, designs, and other branding indicia. The franchisor will also grant the right to use other intellectual property such as the operating manual and proprietary software systems.

This contractual license is the foundation of the agreement. Without it, a franchisee would not be able to use intellectual property without infringing.

A long term agreement protects you as the franchisee as well as the franchisor. Franchise opportunities can be expensive, and you will want to protect your investment.

Also included will be conditions for renewing. Often an initial 10-year term can be automatically renewed for a second 10-year term, unless either side gives notice of non-renewal.

6. Signed and in Writing

Every franchise agreement should be in writing signed by both parties. Strangely enough, oral or handshake agreements in franchising exist — although they are rare. And it’s no surprise why they rarely occur. Think of the legal nightmare trying to prove oral representations years later. A written document makes rights and obligations clear.

The agreement will outline whether the franchisee gets a protected or exclusive territory.

Territories are important to limit market saturation. An individual franchise business will have a harder time competing in a over-saturated area. Remember your significant investment in the opportunity. How would you like it if you paid hundreds of thousands of dollars to open a franchised outlet, only to discover that the franchisor allowed another franchise just a quarter mile away?

Subway is an example where much has been written about market over-saturation and its negative effects on franchisees.

The franchise agreement outlines the costs of franchising ownership. All franchises charge fees. These include the initial franchise fee, as well as ongoing fees such as the monthly royalty fee, advertising or marketing fee, and any other fee.

The contract should also cover any required expenses and who is responsible to pay them. For example, the franchisee may be responsible for paying for training, and for the travel expenses of employees to attend training.

Each franchisee selects its own site. However, the franchisor typically has the right to approve the location.

The agreement outlines any conditions for terminating early. Usually the franchisor will have the greatest termination rights. In fact, franchisees often have no contractual rights to terminate early.

Cause for termination generally includes failing to pay a franchise fee, filing bankruptcy or failing to make needed repairs to premises. The franchise agreement will also specify the conditions, if any, under which you can “cure” a default. For example, you may be entitled to written notice and 14 days to remedy certain defaults.

What happens when the franchise agreement expires or terminates early? The document will state what the parties must do to unwind the business relationship. Usually this consists of a long list of specific obligations for the franchisee. These include the obligation to stop using the brand name, take down signs, return the operations manual, and pay all amounts due.

Franchise agreements often contain restrictive covenants limiting what franchisees can do. For example, you or an affiliated company may not be permitted to operate a competing business during the agreement term.

Agreements also typically contain non-competes that kick in after termination. For example, a provision could prohibit operating a competing business within 5 miles of your former location, for a period of three years following termination.

Franchise agreements usually contain an arbitration clause requiring any dispute to go to arbitration. Instead of filing a lawsuit you might have to go before a body such as the American Arbitration Association.

The franchisor sometimes retains the right to file a lawsuit to obtain an injunction under certain conditions (such as to prevent the franchisee from revealing confidential information about the franchise system). The agreement will specify the jurisdiction for filing any lawsuit. The choice of jurisdiction will be favorable to the franchisor.

The franchise agreement will include the requirement for the franchisee to maintain certain insurance coverage throughout the term of the franchise. Expect indemnification clauses, as well. For example, the franchisee will probably be required to “indemnify, defend and hold harmless” the franchisor against any claims, costs, damages and expenses arising out of the franchisee’s activities.

As the franchisee you will be required to maintain accurate records and provide regular financial and operations reports. Since royalty payments are often a percentage of gross sales, reporting accurate sales numbers is especially important. The franchisor usually has the right to request additional information including tax returns and to audit your records. You could be charged an audit fee, also.

If the business is a restaurant or retail premises where consumers visit, franchisees will have substantial obligations to maintain the premises in good repair at their sole expense. The franchisor usually reserves the right to inspect the premises to make sure they are well maintained.

You may be required to renovate once every 5 to 10 years (or sooner if needed). Renovation might involve considerable expense, including replacing upholstery, furniture or fixtures to meet the franchisor’s standards.

Your ability to be creative could be severely curtailed. For example, you might not be able to even choose different paint colors without the franchisor’s approval.

Franchise agreements will outline any rights to transfer the franchisee’s ownership interest in the franchise relationship to a buyer. Sometimes franchisors retain the right of first refusal, meaning they get the first chance to buy your business if you decide to sell.

Also, franchisors typically reserve the right to approve buyers. The franchisor may impose many requirements on a buyer, including the need to submit an application and pay the initial fee.

In practice, transfer rights are tricky and will require adept structuring if you go to sell. You will need to guard against the buyer backing out or going around you directly to the franchisor.

There is no such thing as a standard franchise agreement for the entire industry. Every franchise brand creates its own contract documentation. Most agreements contain common types of provisions, but they won’t be worded exactly the same.

Prospective franchisees often want to know if they can negotiate the franchising agreement. Technically the answer is yes. You should always try to negotiate. However, be prepared for the franchisor to refuse. The nature of a franchise system is such that the franchisor tries to keep all requirements uniform.

A franchise agreement is a contract of adhesion, meaning it’s created by one party with greater bargaining power using standard form provisions. However, sometimes it’s possible for franchisees to negotiate minor points such as an installment schedule for the initial franchise fee.

The more popular the franchise, the less likely you can successfully negotiate. A well-established franchisor has little incentive to make one-off concessions. However, if you are one of the first in a new franchise, you might have more negotiating leverage.

20. Review with a Lawyer

Regardless of whether you are able to negotiate terms, it’s still important for you to get a franchise lawyer to review the franchise agreement and the FDD.

An experienced franchise lawyer can explain important provisions of the franchise agreement. A franchise lawyer may also be able to point out unusually harsh or one-sided provisions that are not common in the industry. An experienced attorney will understand what to look for in the Franchise Disclosure Document, and can identify red flags. Also, the attorney may know of common law and state laws that protect franchisees. Knowing key points before signing could save you from making a big mistake.

Read more: The Importance of Hiring a Franchise Attorney.