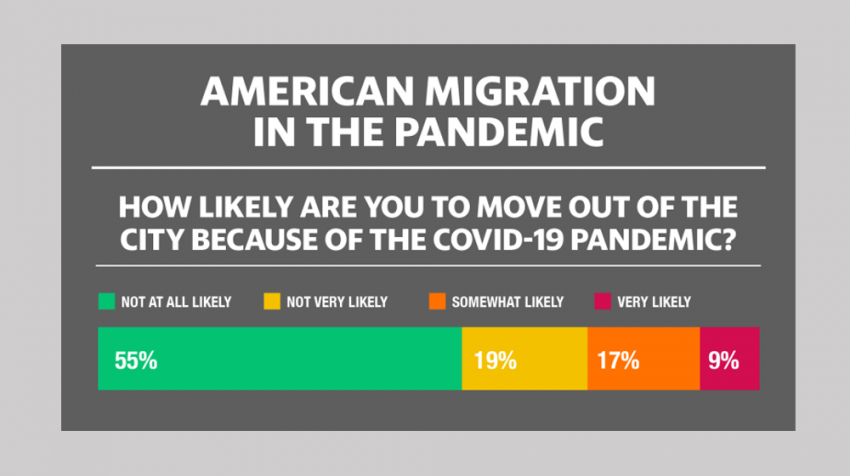 We’ve seen reports of a mass exodus from the big city to less densely populated areas due to the coronavirus pandemic. And you may have considered doing the same with your business. But new data from Yahoo Finance and The Harris Poll suggests those initial beliefs may not be true.

So, before you pull up stakes and head for the suburbs or countryside, check out these latest numbers now that business restrictions are being lifted in more places.

Indeed, earlier this year toward the start of the pandemic and increased restrictions on businesses operating, there was an initial desire to get out of big cities.

But as those “lockdowns” were lifted and businesses started getting back to some sense of normal, that urge started going away.

Now, in the latest data from Yahoo Finance and The Harris Poll, most people living in big cities are less likely to want to move away.

Of the 1,020 people surveyed for this poll, a large majority said they were unlikely to move from the big city to less densely populated areas:

But some people still do want to get away from all that hustle and bustle and the greater likelihood of experiencing another lockdown or restriction on their business activity that they experienced in the Spring and early summer: 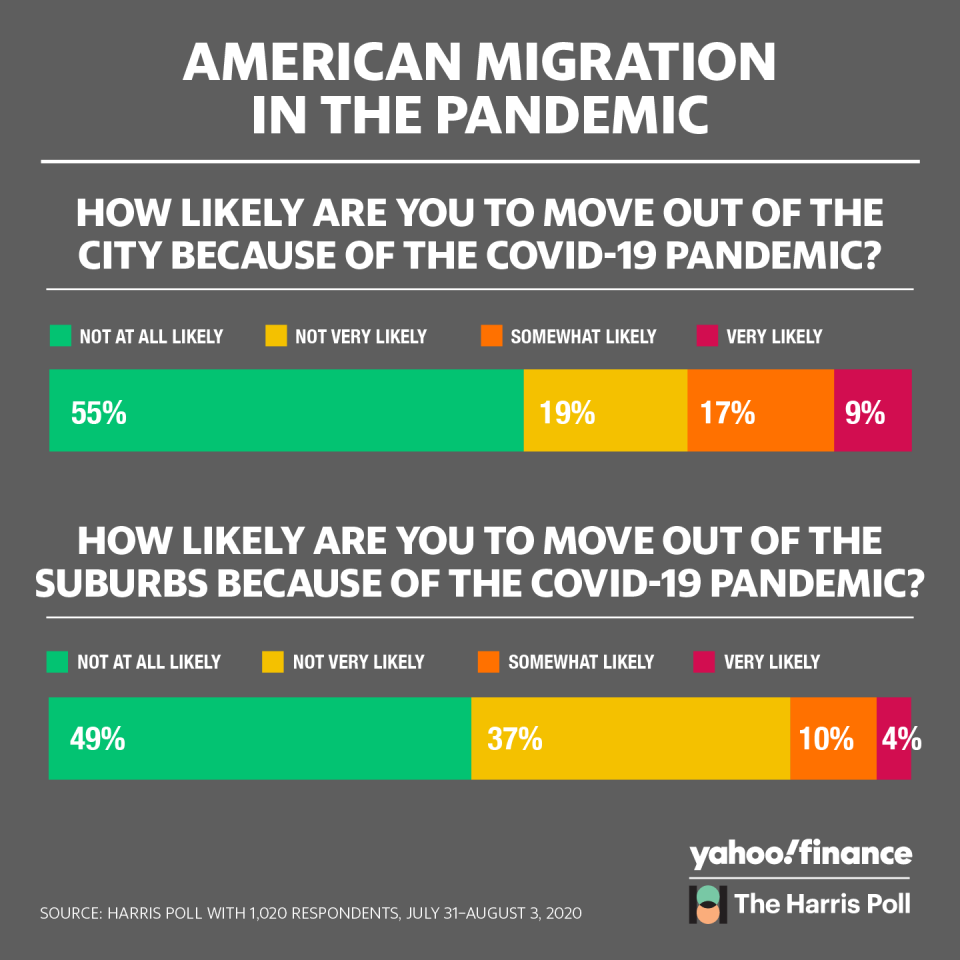 Conversely, people living in the suburbs and less densely populated areas are staying put. That will make it tougher for city folk to find places to live in the suburbs. And it presents less business opportunities for owners who may think the fleeing city residents will miss or need their services.

The Yahoo Finance and The Harris Poll data showed the following of suburban residents:

These figures are different from the same question posed to people earlier this year. Back in May, about 70% said they were at least somewhat likely to move, 16% less than now.

Based on this data, alone, if you had thoughts of moving your business operations to adjust to what many believed would be some mass exodus from big cities, it may be time to think twice.

Here are some other interesting data points from this latest survey, taken between July 31 and August 3.

The older the person responding, the less likely they are to move away from the big city. Only about 10% of people over the age of 45 are likely to want to get out of the city for the suburbs. On the other side, Generation Z and Millennial respondents are more likely interested in moving to less congested areas. About 44% between the ages of 18 and 34 say they’d move now or are at least considering it.

And about 30% of Gen Xers are interested in moving away from the city now following the arduous lockdowns and restrictions on business.