The 15 Highest Paying Programming Languages Right Now, According to Upwork 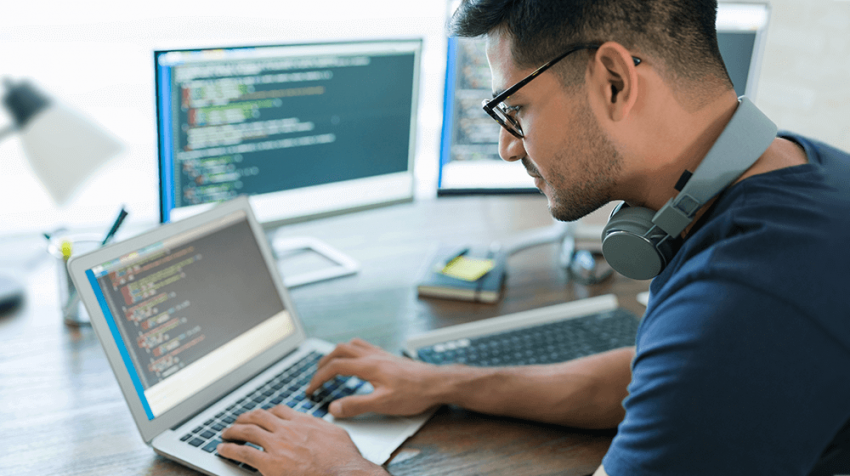 This despite the current economic conditions around the world brought on by the pandemic. That is because more people are now working remotely with digital technology than ever before. And it is placing a premium on these skill sets.

In the release for the report, Upwork Chief Economist, Adam Ozimek, says tech makes up the largest category on the company’s platform. Adding, “From artificial intelligence to mobile development, these specialized skills are highly sought after and, as a result, command high rates. And with work increasingly going remote, we are already seeing continuous growth in opportunities for skilled, remote tech professionals.”

Based on average hourly freelance rate, these are Upwork’s Top 15 Most Lucrative Programming Languages:

According to this list Objective-C is currently commanding the highest hourly rate for developers on Upwork. With $66 per hour, this comes out to more than $137,000 annually before taxes. Golang at $64 and Windows PowerShell at $62 round up the top three.

In terms of growth, the biggest gains come from Ruby (127%), Java (127%) and SQL (152%). It is important to know which languages are in demand because you will be using them to create apps companies want. And some languages are better to learn than others depending what field you are looking to go into.

A quick look at the different devices you use every day will show you they have different applications. And the applications are most likely written in different languages. As a developer, you can focus or specialize in a language to start creating apps to solve a particular problem.

There are many career paths as a developer, engineer, and programmer. Before you start on your path figure out the segment you want to work in, what languages are most useful and of course start learning.

High-Tech Education without the High Cost

There is no doubt the skills Upwork highlights in its list are lucrative. The question is how to go about learning them without being saddled with a huge debt. The good news is you don’t have to. As a matter of fact, you can learn all the languages on the list and many others for free online.

Just Google free Python, C, Java, or Objective-C language courses, and you will have more than enough choices. The difficulty comes in acquiring the discipline to go through the course and learn the language when it is free.

The fact that it is free stops many people from putting the same effort as for a course they pay for. But if you can overcome this obstacle and finish, you will learn the same language. And eventually, you will also start earning the same amount as you gain more experience.

One of the best free sources for coding is freecodecamp.org. This is a great nonprofit organization with courses on most of the popular languages used today. Their YouTube channel has hours of videos, many of them without any ads.

Whether you choose freeCodeCamp or another source, the point is you have many options for learning the different languages companies use today to develop apps.