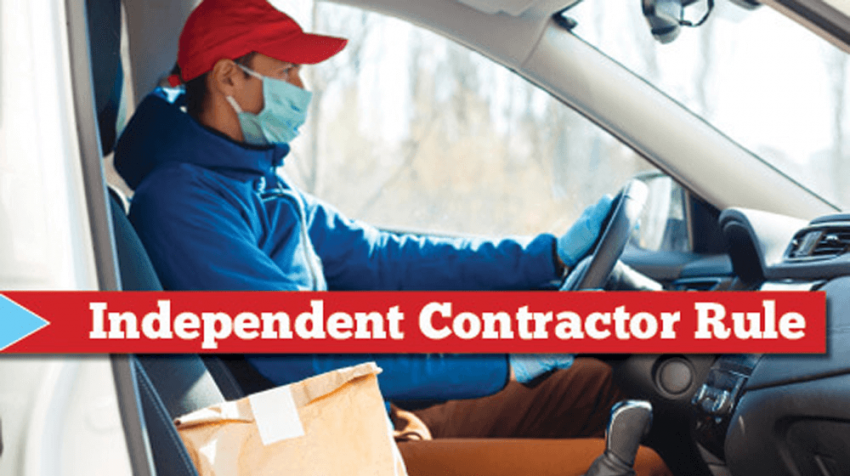 According to Secretary of Labor Eugene Scalia, the proposal “aims to bring clarity and consistency to the determination of who’s an independent contractor under the Fair Labor Standards Act.”

“Once finalized, it will make it easier to identify employees covered by the Act, while respecting the decision other workers make to pursue the freedom and entrepreneurialism associated with being an independent contractor,” Scalia went on to say in a statement issued September 22, 2020.

The new rule would adopt an “economic reality” test that considers whether workers are in business for themselves (independent contractor) or are economically dependent on an employer for work (employee).

According to the DOL these two factors help determine whether workers are  economically dependent on someone else’s business or are in business for themselves.

If the two core factors conflict, then three other factors can be considered, called “additional guideposts”:

The announcement points to the DOL’s intention that actual practice be more relevant than what may be contractually or theoretically possible in determining whether a worker is an employee or an independent contractor.

Today, the legal definition of independent contractor under federal law is unclear and nebulous. Under the Obama Administration, the definition was broadened to the point that most workers might be considered employees.  Former Secretary Alexander Acosta withdrew that broad guidance under the Trump Administration, leaving the status unclear. This Proposed Rule would bring clarity to the situation.

Adding to the confusion is that the state of California has adopted a broadly-encompassing interpretation of independent contractor that roiled some gig workers.  Effective January 1, 2020, California presumes that workers are employees if the employer exerts control over how workers conduct their activities or if they are part of the employer’s regular business.