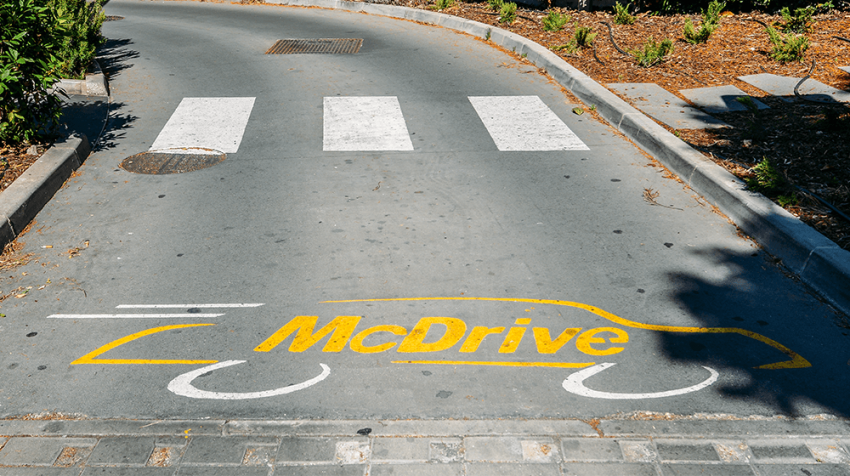 Franchising has long been an attractive business opportunity for many reasons. Why buy a franchise? It offers an established product or service with proven best practices and business systems. Banks are more willing to lend to a franchise business than an independent start-up. Franchisees also receive advertising and marketing assistance that includes marketing plans, budgets, and creative.

In addition to generating more income, many multi-unit owners appreciate the revenue diversification that comes with managing more than one franchise location. Owning multiple franchises can sometimes mean a safer investment since they don’t depend on a single site to make all the revenue.

All-in-all, a multi-unit franchise adds up to a better way to make your small business wealth-building dreams come true. Learn more in our simple guide.

Can You Own More Than One Franchise?

While the industry average is five locations, there is no limit to how many franchises a person can own. For example, in the U.S., NPC International, the largest restaurant franchisee, holds over 1,200 fast-casual, quick-service restaurants. Others, such as Flynn Restaurant Group and Carrols Restaurant Group, have thousands of locations scattered across the United States and other countries.

There are many benefits to becoming a multi-unit franchisee, whether you own a couple of franchise business locations in your hometown or scores of multiple locations in disparate cities.

We already alluded to the opportunity for more significant financial gain and security that comes with revenue diversification. Owning more than one franchise location makes it easier to weather harsh economic times.

Better work-life balance is also an attraction to becoming a franchise owner. Multi-unit franchisees can put a strong team in place, freeing the owner of day-to-day management responsibilities.

According to Mariel Miller, founder of The Franchise Advisor, a franchise consulting firm, multi-unit franchise ownership is an especially popular option for people who want to keep their careers and invest.

“About 80% of the work I do is with corporate executives and other people looking to invest part-time and build wealth in semi-absentee, multi-unit deals,” Miller said.

That’s different from the single-unit owner/operator model, which requires the owner to be on hand every day and, essentially, serve as the manager.

Miller added that the more advanced play for people who want to do this on a large scale is to invest in multi-unit, multi-branding franchise operations.

“You could purchase several contiguous markets and open them on a development schedule,” she said. “That’s multi-unit traditional, and you go wide.”

“Say you live in the northern Chicago suburbs, and you buy five automotive franchises, which are very durable, solid, with slow, steady growth,” she explained. “Now, you have a hub, a core operations team. Then, you pick up a different type of franchise in the same area, such as fitness or wellness. The other way is to stay in the same category, plumbing, for example, and then come back with roofing and then a yard franchise.”

What is a Multi-Unit Franchise?

A multi-unit franchise is one where a franchisee purchases the right to own and operate more than one unit, typically in the same territory or region. In that case, the owner plays a smaller role in the day-to-day operation and, instead, relies on an experienced management team to supervise store-level activities.

As part of the franchise agreement, franchisees agree to open subsequent franchise units on a prescribed schedule — referred to as a “development schedule” — typically, one per year or year and a half. The schedule depends on the franchisor.

In most cases, the franchisee has exclusive rights to a geographical area when he or she signs a multi-unit agreement. That prevents the franchisor from letting anyone else open in the protected area. To keep franchisees from opening new locations only when they are comfortable doing so, the development schedule agreement obligates them to open a certain number of stores within a specified timeframe.

See Also: What is Adaptive Multi-Factor Authentication and How Can it Protect Your Business?

Franchisees aren’t limited to a single territory, either.

“With the multi-unit development model, you are awarded a particular territory, but you have a bigger vision,” Miller said. “Upon securing that territory, you put a reservation on markets close by that you will open in a reasonable time frame. If you want to grow, you want to go multi-territory.”

According to the franchise market research firm, FRANdata, 54% of all franchises are now multi-unit operations, and the number continues to rise. Currently, 43,212 multi-unit operators control more than 223,213 franchised units in the U.S.

The eight-year span from 2010 to 2018 saw a 23% increase in entry-level multi-unit operators (those with 2–5 units). That comes as a consequence of many brands focusing their development models on multi-unit development packages over single-unit programs.

There are also some interesting geographic distinctions. You may be surprised to learn that West Virginia has the largest concentration of multiple unit franchisee locations (61%), followed by Arkansas, Missouri, Ohio, and Oklahoma, each with 58% to 59%.

Another distinction relates to gender. Only 24% were women-owned, of which 40% were controlled by multi-unit franchisees.

What is the Most Profitable Multi-Unit Franchise Option?

As important as it is to ask, there is no one “right” answer to that question. Many factors influence profitability.

That’s not to say opening multiple McDonald’s restaurants guarantee franchise wealth and fortune. For one, the investment is huge. While the initial franchise fee of $45,000 won’t put too much of a strain on the budget, the initial investment can run upwards of $2 million.

However, Miller asserts that there is no direct correlation between the initial franchise investment and the actual return. “That’s counterintuitive, but it’s true,” Miller said. “Profit margin is one of many pieces to the equation.”

“If we’re talking margins, 10-15% out of a retail food establishment versus 20-30% from a non-brick-and-mortar service business,” she said. “I would tend to lean into the service business because the margins are stronger, but that may not fit what the person is looking for.”

She also argues that contrary to popular opinion, franchising is not all about the brand.

“The main benefit of becoming a multiple-unit franchisee is that the business offers an established product or service according to ever-improving operating systems,” Miller said.

Interestingly, most of the most profitable multi-unit franchises don’t fall within the food vertical but include brands such as The UPS Store, Dream Vacations, Anytime Fitness, and Supercuts.

Finding the most profitable multi-unit franchise opportunity is a complicated matter that requires an extensive amount of research. The franchise disclosure document (FDD), item 19 precisely, is the best place to start when asking the question of “How much money can I make?”

Item 19 is the part of the FDD that indicates the costs, earnings, and other financial performance expectations for a franchisee. It includes claims such as:

One of the best ways to learn about a given franchise’s profit potential is to talk with current franchisees. Whether or not they can remark about the financials, having a conversation with several will provide you with vital insights you can’t get anywhere else.

There are many good reasons to invest in a multi-unit franchise. Whether your goal is to prepare for retirement, build an additional income stream, or go full time, the opportunity for generating wealth as a franchise owner is tremendous. Plus, owning more than one location protects against an economic downturn that a single-unit location would not. There’s also the satisfaction that comes from knowing you are investing in the lives and futures of other people — your employees.

If you feel owning multiple franchises — either the same brand or different brands within one or more territories — is attractive, do your due diligence. Take the time to research, talk to other franchise owners, and even utilize a qualified franchise consultant’s services.

Being a multiple-unit franchisee may not be for everyone, but it might just be your road to financial prosperity and security. With its popularity growing, now may be the perfect time to invest.