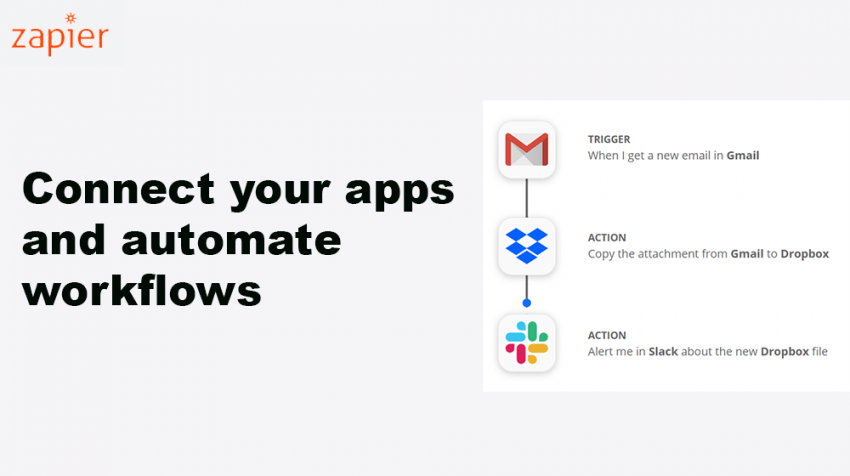 These statistics were unveiled by Zapier’s quarterly Automation Confidence Survey. Conducted by Harris Poll, the survey measures the growth, interest, and usage of automation.

The research involved surveying 1,198 employed US people. 912 of the participants are knowledge workers, those who work in a professional setting and use a computer as part of their job.

For small businesses, the findings of the research highlight the proficiency of using automation software. Adopting automation technology and its money and time-saving benefits, could contribute to a small business’s survival, especially during testing times.

In a blog about the report, the Zapier editorial team sum up the effectiveness of automation technology:

“No one dreams of doing the repetitive work that we’ve been told is a necessary part of our job. This could explain why people are turning to automation (i.e., software designed to automatically complete tasks/processes) to help them work smarter, complete tasks faster, focus on important work, and make them better at their jobs.”

Automation Benefits Nearly Everyone Who Uses It at Work

Zapier’s data shows automation software benefits 96% of people who use it at work. 43% of participants said it helps them complete tasks faster. 40% of workers say such software enables them to be more organized at work. Slightly fewer employers (38%) believe using automation improves the way they work overall. 36% of those surveyed say automation software helps them and their team focus on importance work.

Out of the 96% of participants who say they benefit from automation, 44% admit it saves them time. Almost 40% say the tech enables them to complete projects faster. A similar number say automation reduces the number of errors in their work.

Prevents Work from Falling Through the Cracks

Such are the time-saving benefits of automation that a quarter of workers say that using it enables them to work fewer hours a week. Almost 30% believe that using automation software prevents work from falling through the cracks. The same number of employees say this type of technology allows them to work on the things they enjoy and value more.

Not All Businesses are Capitalizing on Automation

Despite employee enthusiasm towards automation and its benefits, the survey revealed that just 31% of employers are using automation software. 27% of the workers surveyed say they like to experiment with new technology. A similar number believe automation is a skill employers’ value.

Out of the employees not using automation, 33% fail to see how such software may be useful to their job. 17% of participants say they are working for employers that are not tech-savvy. 13% admit to not know what automation software is, and a similar number use different apps and software at work.

10% of participants don’t have the time to learn and new skill. 6% believe the software is difficult to set up.

Despite some employer and employee apprehension about automation software, the survey shows the growing popularity and prevalence of such technology. Making the effort to adopt to automated practices, could be an invaluable sacrifice for small businesses in the long term.