The 10 Most Annoying Phrases Said During Video Calls 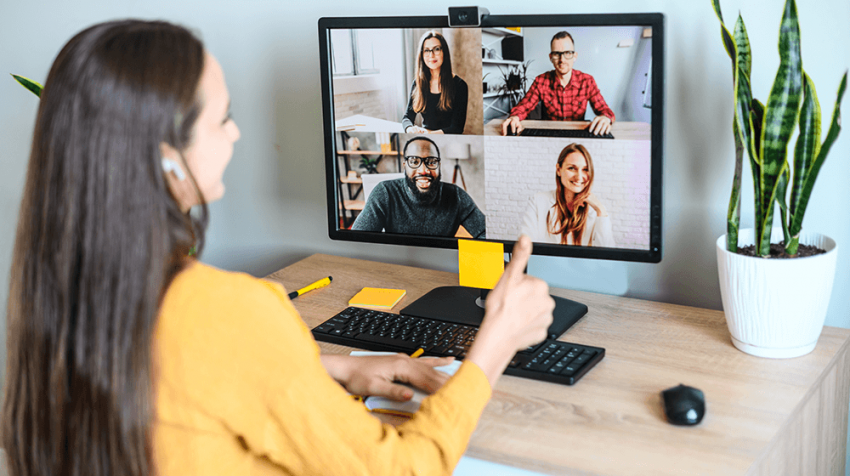 Love them or loathe them, with the work-from-home era showing no sign of abating, conference calls are here to stay.

Video calls have become increasingly prevalent throughout the pandemic, enabling teams to conduct business remotely. It’s important meeting attendees present themselves in as professional light as possible during remote meetings.

Despite the need for professionality on conferencing calls, an awkward moment is never far away.

Most Annoying Phrases on Video Calls

The survey asked 1,000 remote workers their biggest dislikes and most irritating phrases when participating in conference calls.

Check out our top ten. You never know, it might help you avoid annoying colleagues or clients by making such phases yourself!

“I need to jump on another call.”

Its stands to reason why someone stating they need to “jump on another call” might be deemed as rude.

“We lost you for a minute there.”

Again, stating the obvious on remote calls is a tad patronizing and irritating.

“Do we have everyone here?”

A little resonant of a teacher addressing a kindergarten class…

“Can you see my screen?”

Another question that’s commonly used and as equally annoying on video calls!

“Can everyone mute themselves please?”

Another one that’s a little on the patronizing side!

Or couldn’t we just extend the video meeting and get the issue done and dusted so we don’t need to take it offline?

If there are only several minutes left, why not wrap up the meeting in a proactive way rather than dwell on the fact?

Disruptions caused by feedback are annoying so there’s no need to spell it out to the rest of the meeting.

In other words, we need to end the meeting whether we’ve finalized details or not. Wouldn’t it be more valuable to extend the meeting or arrange another one to ensure nothing has been left out?