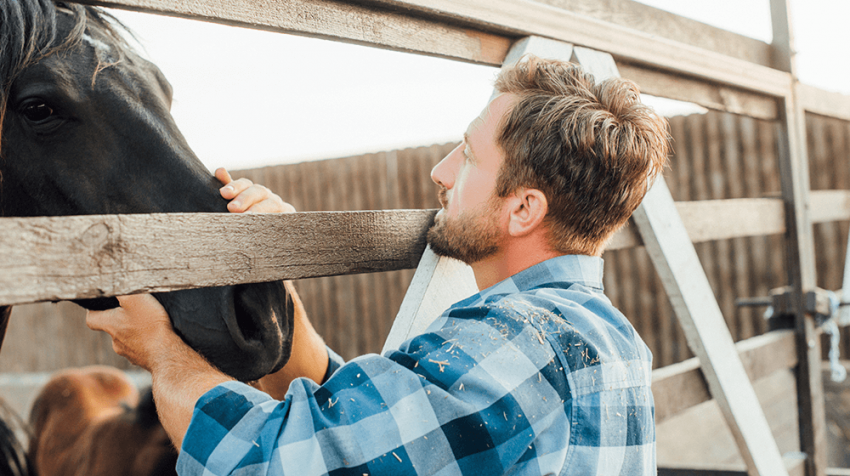 In a recent exchange with Small Business Trends, co-founder and military veteran, Patrick Benson, explains the end goal of his business:

“We envision a community of combat veterans, first responders and others,” he said. “They support one another as each individual moves from trauma through recovery to a productive and sustainable life.”

War Horses for Veterans pays for the training, travel, lodging and food to attend the program for qualified veterans. All the participants work with horses. They get involved with care, groundwork, saddling and different levels of riding.

These programs offered by War Horses for Veterans can be customized.

“Some groups are reunions, decompression from operations, transition programs and/or leadership and communication training.  All of this is taught using horses,” Benson says.

He describes a parallel layer of help.

“We use other tools that help with focus areas for groups and individuals.  There’s a course that has been modified for us,” he said. “It helps understand how each participant learns and processes information. It includes their strengths and limiters.”

They have also just launched their First Responders and Culinary Programs.

Benson has a personal stake in his company. He served six years in the US Army infantry, including a tour in Iraq in 2003.

“Then, just like that, I went from firefights to civilian life in just weeks,” he said.

He needed help and reached out to a contact. Benson knew of a renowned horse trainer and clinician. He wrote to him about attending his program when he got home in 2004.

After attending that program, Benson started his own business called PB Equestrian LLC at that time as a result. There were unintended consequences to his entrepreneurial spirit.

“What I was doing was having an impact on my issues with PTSD and TBI ,” he said.

A few other chance encounters along the way paved a path for his new company.

“I met a gentleman after a clinic I taught in North Carolina,” Benson said. “He said you do a great job fixing those horses but you don’t realize they are fixing you.”

Benson learned the gentlemen was a Green Beret from Vietnam. That veteran told him how horses had saved his life. Then he started making connections between soldiers and these animals as he met more returning veterans.

“There were so many lessons to learn,” he says. “Like leadership, communication, feelings, reflection, peace, humility, strength, trust and love.”

Fast forward to the horse operation Benson took over from mentor Andy Brown in 2013.

“One day after work, Andy and I sat on the front porch of his home. He turned to me and said he wanted to help veterans. I told him I had an idea and 30 minutes later War Horses for Veterans was born.” Andy and Patricia Brown are co-founders alongside Benson.

The program has seen many successes so far. They include veterans who become mentors and others who found purpose and direction through War Horses for Veterans.

“Others have started their own programs in other arenas of need for veterans and their own businesses,” Benson said. “Many are able to work through their anxiety and depression to be able to just live life in peace.”

In the end, he stresses their inner strength and fellowship are their best assets.

“Horses are the bridge but veterans are their own best therapy,” Benson says.