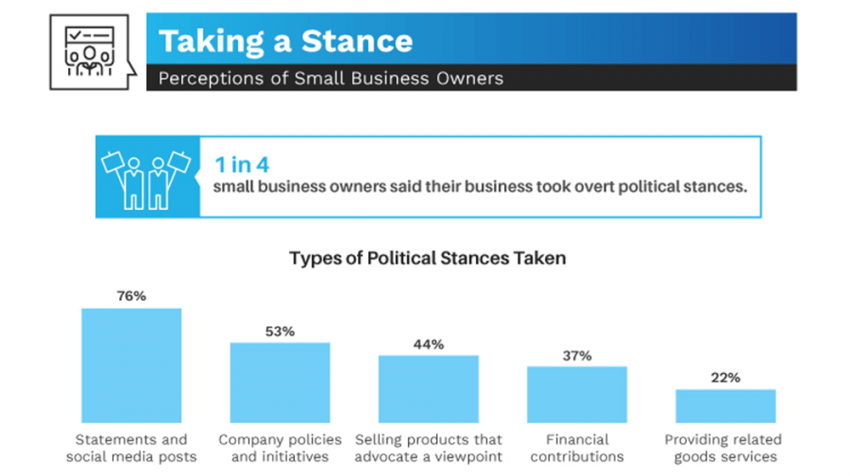 It is not surprising 2 in 3 small business owners believe a political stance can hurt their business in the current climate. This is the conclusion of a survey carried out by Skynova addressing small business and politics.

A further look at the results reveals half of the conservatives and 2 in 5 of liberals feel the pressure to hide their political beliefs. And in a somewhat more surprising (perhaps not) revelation, 47% of conservatives and 45% of liberals believe it is acceptable to refuse to engage in commerce with a political opponent. Considering the large groups in each political affiliation, this can be a big mistake.

According to the Pew Research Center, 34% of registered voters in the U.S. identify as independents, while 33% identify as Democrats and 29% identify as Republicans. No matter which segment you choose not to do business with, that is a huge percentage of the population. And as a business, the goal is to grow your business and not limit it by refusing customers. 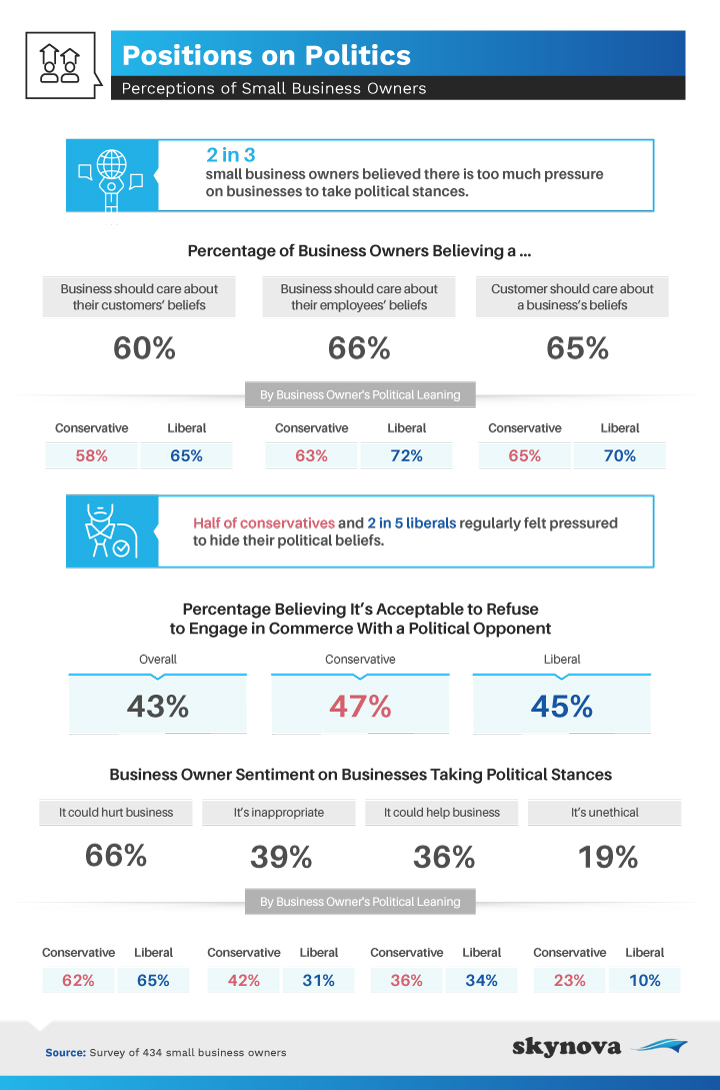 This survey delivers some contradictory data from the small business owners who took part in it. Even though overall 43% think it is OK to refuse to do business with a political opponent, 66% also recognize taking a political stance could hurt their business. Another 39% think it is inappropriate, and 19% state it is unethical. However, 36% say it could help their business.

Why You Open a Business

For the most part, a person opens a business to make money and grow. Anything that gets in the way of this is going to defeat the purpose. If the rewards of making your political views known along with turning down people of the opposite political view is high, go for it.

However, overall and in the long run, it is not a good business model. In this survey, the respondents say the reward does not outweigh the risk.