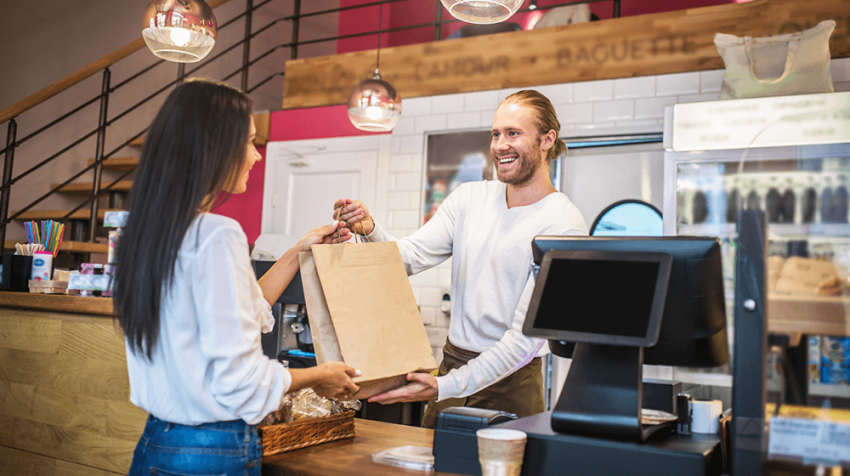 The COVID-19 pandemic continues to cause pains for the nation’s brick-and-mortar locations. While some areas of the country are seeing a glimmer of hope, others are still struggling through the recovery.

A new study from Zenreach, a retail marketing technology company, found that foot traffic to the nation’s retail and other locations has remained steady throughout most of the pandemic, although at roughly half of the pre-pandemic levels.

Brick and Mortar Rebounding in These States

“Foot traffic to retail shops, restaurants, and offline venues across the country is down quite significantly,” said John Kelly, Zenreach CEO. “As a country, we hit our low point in mid-April when in-store traffic was down 75% from the previous year. To my knowledge, we have never seen such a precipitous drop in foot traffic.”

Kelly added that he saw a slow but steady increase from mid-April through June, but since July, retail traffic has flattened, remaining around the 50% mark for the past four months.

Several states are leading the country in foot traffic increases over the two weeks preceding October 30, according to Zenreach. These include:

On the other hand, these five states lead the nation in foot traffic decrease over the same time frame: 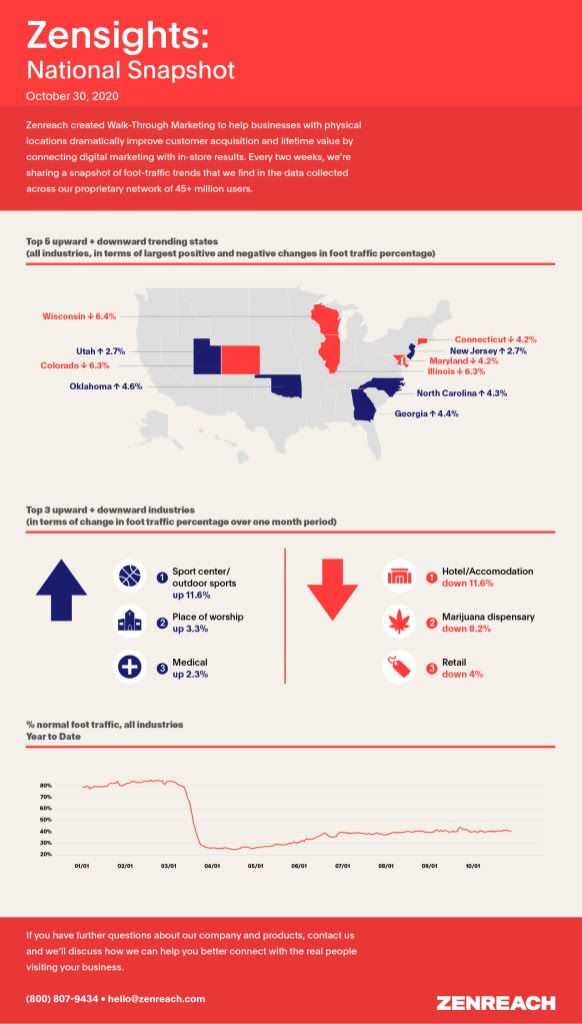 image: Zenreach
The same holds for some individual industries. Sports centers and outdoor sports are seeing an 11.6% uptick, while hotels and accommodations are experiencing an equal decrease. Places of worship are up 3.3%, while retail is down 4%. Medical locations are up 2.3%, and marijuana dispensaries are down 8.2%.

Kelly’s predictions for the holiday season are dire.

“As we look toward the holiday season and Q4, and we consider the possibility of continued COVID-19 cases and the continuance (if not return) of some form of business restrictions, we do not see a return to pre-COVID levels of foot traffic for many more months,” he said.

Every two weeks, Zenreach shares foot-traffic trend data collected from a proprietary network of more than 45 million users. The data reported here are from the two weeks prior to October 30.