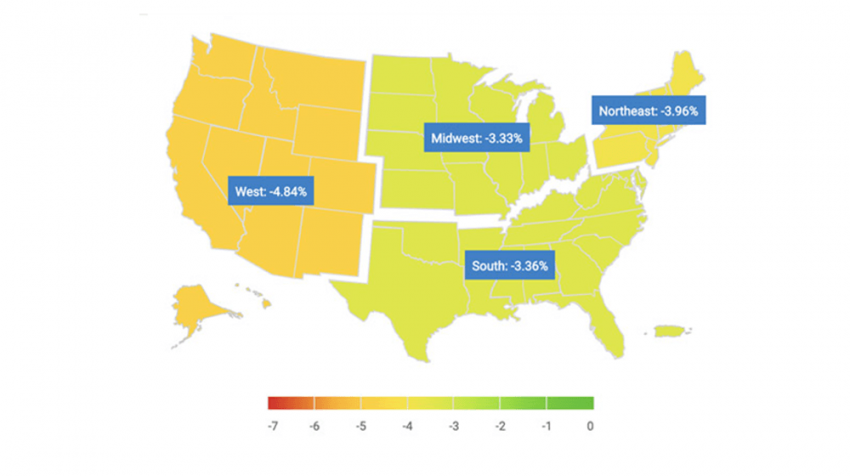 Small business hiring in October has seen some moderation from the previous month, declining by 0.13% nationally to 94.32 according to an index report by Paychex and IHS Markit. October’s figures show a 3.89 decline from the same period last year.

Since its initial drop in April, the national index has seen an average monthly growth of 0.06% decrease during the past two quarters.

Other findings from the report include :

The Index monitors performance in two areas: employment numbers and wages across the US. It provides insights into economic trends at the national, regional and local levels. The data comes from among 20 of the largest US states and seven major industries.

October’s figures come at the seven months mark since the CARES Act was passed. A recent survey of small business owners by Paychex indicates 44% of businesses support a second round of Paycheck Protection Program (PPP) loans.