The States with the Cheapest and Most Expensive Internet 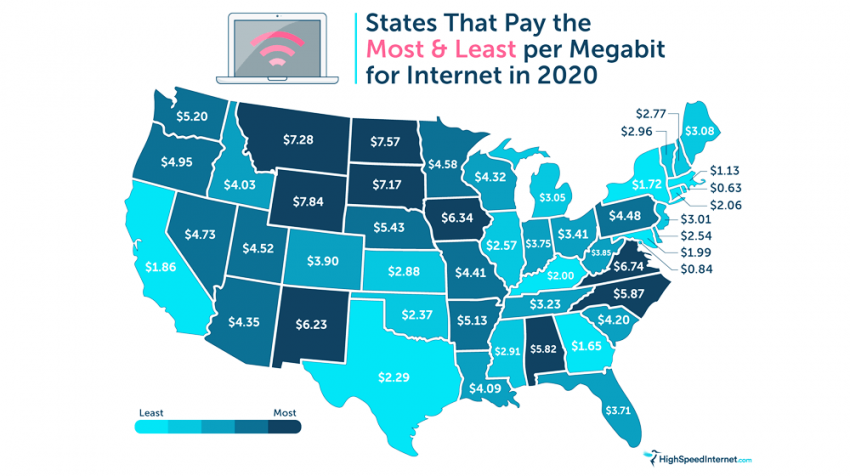 With the advent of COVID-19 more and more Americans are ever more reliant on the internet. From working from home to online shopping to even taking classes, or just simply staying connected the internet seems to be the go-to place. But internet users in some states are getting a much better deal than others.

According to the survey by HighSpeedInternet, users in the state of Wyoming on average pay $7.84 Megabits per second (Mbps) making it the most expensive in the USA. While internet users in Rhode Island pay on average $0.63 per Mbps.

The latest survey by HighSpeedInterent crunched some 350,000 data points from internet customers across the country to compare what people really pay for internet in each state.

Other factors that impact prices include the availability of competition in terms of providers and internet speeds they offer. The average monthly internet bill in America ranges from $15–$200 per month. The survey also reveals having higher-speed plans tend to cost less per Mbps for users.