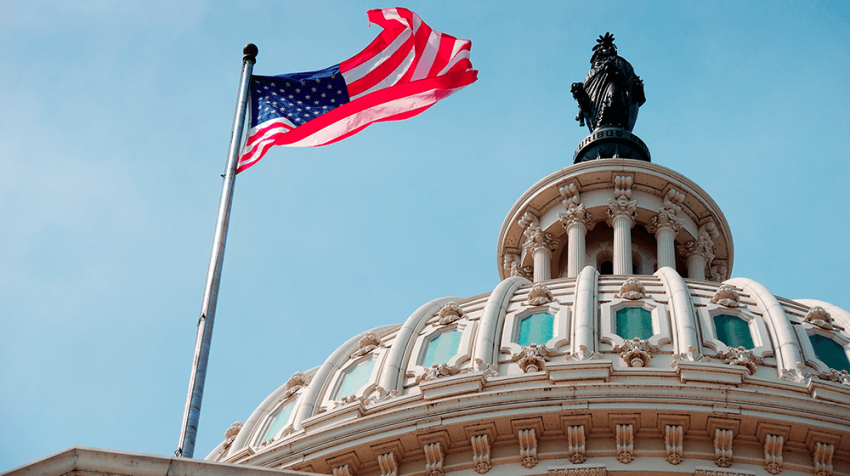 Is more COVID relief on the way for small business?

Legislators in Washington DC certainly hope so and after months of stalled negotiations, it appears a deal may be close.

With just days left till federal unemployment aid runs out, a bipartisan group of Senators are still debating the details of the $908 billion in COVID relief. In a bid to show compromise, on Monday lawmakers split the $908 billion rescue package into two bills.

One bill, where there is much consensus, is the $748 billion proposal. It includes money for small businesses ($288 billion) loans, jobless benefits, support for schools and vaccine distribution. Another smaller bill that has lingering disagreements is the $160 billion package for state and local government aid, liability protections and direct payments.

And there are increasing calls for a renewal of Paycheck Protection Program (PPP) loans.

But when it comes to helping small businesses, there has to be a clear commitment. This is what Warren Buffett and others have been saying. On CNBC’s Squawk Box, Buffet said, “We need another injection to complete the job and congress is debating that right now and I hope very much that they extend the PPP plan on a large scale to let the people who may see the light at the end of the tunnel get to the end of the tunnel.”

In another conversation, Sarah Crozier, Main Street Alliance, said as much. Crozier says, “Small Businesses need support urgently. And Congress needs to pass a package, but if we double down on the wrong programs, and do not invest in the ones that are alleviating the disparities, we are going to come out of the crisis a much weaker country and economy that we could have.”

The Challenge Ahead for Small Business Owners

Further grim insights include 48% of small businesses reporting lower revenue this year when compared to the same time last year. Moreover, half of small businesses say they see their operations continuing for a year or less before having to permanently shut down.

A majority (56%) of small businesses believe that it would take between six months to a year for the small business to return to normal, a number that has remained statistically unchanged since late May.

Some 74% say additional federal relief funds would be important for their businesses to succeed in 2021. In terms of priority for the next president and Congress in 2021, the economy (44%) and combating COVID-19 (44%) are equally important for business owners.

The previous Coronavirus Aid, Relief, and Economic Security (CARES) Act by the federal government had committed over $2 trillion. The economic relief package was to protect Americans from the public health and economic impacts of COVID-19.

The CARES Act provided funding worth $659 billion in loans through the Paycheck Protection Program (PPP) to help some 5.5 million small businesses afloat by helping meet their payrolls and cover certain expenses. Though the PPP program was closed, as required by law, in August 2020 some $134 billion of the fund remains unspent.

If the $748 billion proposal passes, it will help extend provisions to expand unemployment insurance. And with the expiration date fast approaching, December 26th, there is not much time.  This means it is going to add $300 per week in federal jobless benefit supplement for four months. Of which around $300 billion has been earmarked for small business support which includes those affected by the pandemic such as restaurants and entertainment venues.

The bill will temporarily extend an eviction moratorium through January. And it will also put $25 billion into rental assistance, thus preventing mass evictions.

Both Democrats and Republicans have pushed for state and local funding to preserve jobs for first responders and streamline the distribution of Covid-19 vaccines.

The $160 billion will be distributed by the federal government to states based on the state’s population. And a portion of it will be based on the relative revenue losses during the pandemic. However, states can’t increase the amount of money they put into pensions if they receive aid.

What’s Up for Debate

The $160 billion for state and local aid will not include liability protection for businesses and other entities. Both parties have failed to settle disagreements over proposals to give businesses immunity from coronavirus-related lawsuits and send aid to cash strapped state and local governments.

Republicans argue without legal immunity provision small businesses are susceptible to frivolous lawsuits and it will stifle economic growth. Democrats however counter with immunity workers would not have access to legal remedies when their employers put them in danger.

What is at stake if there is no agreement is that about 12 million people could lose unemployment benefits. And millions could face the threat of eviction. Members of both parties have stressed the need to send relief before they go home for the holidays.

See Also: How to Limit Risks from the COVID-19 Pandemic