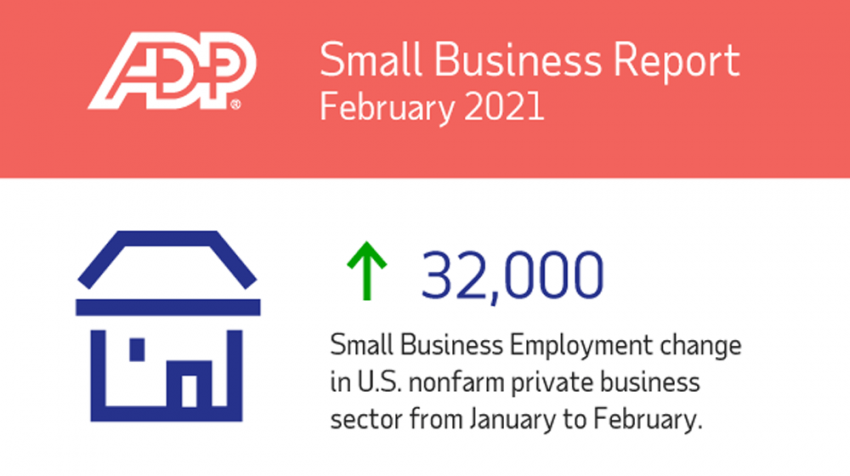 The ADP National Employment Report for February shows small businesses added 32,000 jobs for the month, but it was much lower than January, at 51,000 jobs. This as the U.S. continues to accelerate the vaccination for COVID-19 and cities across the country start easing restrictions they have in place. And so far, the recovery in the labor market is sluggish at best.

Nela Richardson, chief economist, ADP, echoed this very sentiment in the release for the report. Adding,  “We’re seeing large-sized companies increasingly feeling the effects of COVID-19, while job growth in the goods-producing sector pauses. With the pandemic still in the driver’s seat, the service sector remains well below its pre-pandemic levels; however, this sector is one that will likely benefit the most over time with reopenings and increased consumer confidence.”

And the service sector will play a great role in reviving many small businesses.

When the ADP report for January came out with 51,000 there was reason for celebration. This because of the bleak -13,000 jobs in December. However, February put a damper on the celebration because there were 19,000 fewer jobs for the month.

According to the report, there was a total of 48,000 jobs created in the service-providing sector. But this was revised because the goods-producing sector lost a total of 16,000 jobs.

A Great Spike from Franchises

At 35,500 jobs, franchises were responsible for gaining just under 25,000 new jobs for February over the January numbers. And most of the jobs came from restaurants at 30,000. This number highlights the statement from Richardson regarding the growth in the service sector industry.

In addition to restaurants, auto parts and dealers created 9,400 jobs with business services and real estate franchises adding 300 and 200 jobs respectively. The other franchise segments, food retailers and accommodations were -1,800 and -900 jobs respectively for the month. 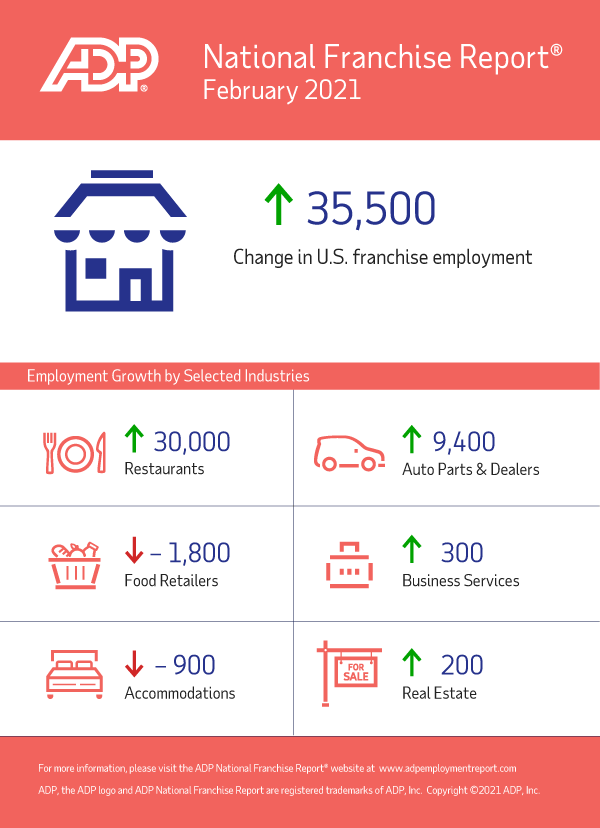