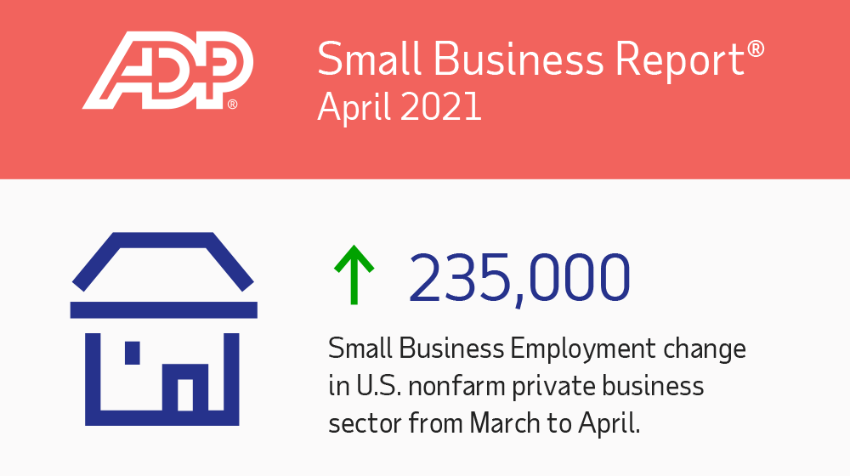 According to ADP though payrolls are still more than 8 million jobs short of pre-COVID-19 levels, job gains have totaled 1.3 million in the last two months.

Of the 742,000 new job hiring in April almost a fifth (636,000) were made by the service sector. Leisure and hospitality added 237,000 new jobs last month. While trade, transport and utilities also absorbed new hires by offering up 155,000 new jobs. They are closely followed by professional businesses that managed to hire some 104,000 new employees. Only information service providers from this sector saw negative growth during April with businesses seeing job losses of 3,000.

This is even more pronounced when it comes to small businesses engaged in the service sector. Of the 235,000 new jobs, small service providers hired 221,000 new employees. This is because service providers have the most to gain as the economy reopens, recovers, and resumes normal activities.

Franchises also saw an uptick in hiring with 49,600 new hires in April, up from just 15,500 in March.  With restaurants and auto parts and car dealers hiring 47,100 new employees. In April job losses were also reported among food retailers and business services. Food retailers had to cut 1,000 jobs while business services providers saw some 2,100 job losses.

Though the service sector had hired the most employees, businesses in the good producing sector also saw modest growth of 14,000 new jobs which is up by 3,000 new jobs from the figures in March.