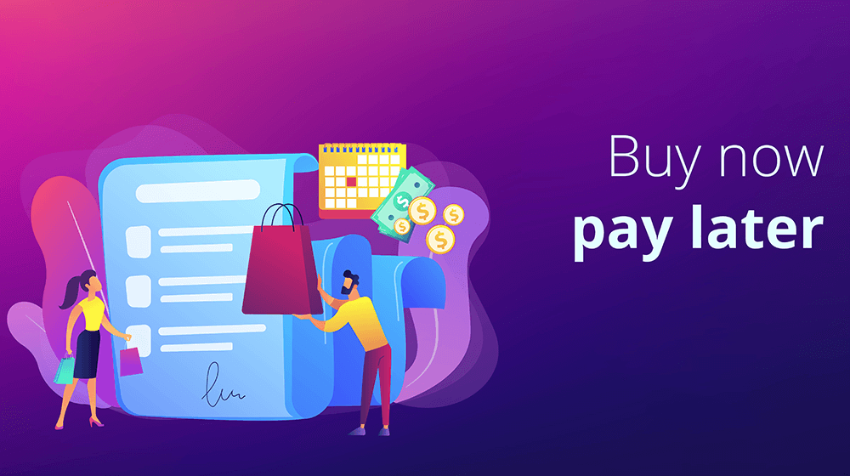 When it comes to buy now-pay later, consumers seem to have a bit of a love/hate relationship with the deal.

Research shows that more than half of customers regret buying something on buy now-pay later terms. Yet at the same time, 60% of consumers admit to making purchases through this type of deal.

Buy Now-Pay Later on the Rise

51% of consumers surveyed say they have used a buy now, pay later service during the Covid-19 pandemic.

59% admit to having purchased an unnecessary item on these types of deals that they otherwise couldn’t afford.

The research looked at the items most commonly bought on buy now, pay later deals. It found that clothing and electronics are the most common types of products to be purchased in this way, with 47% of consumers buying clothing and 44% purchasing electronics respectively.

The survey provides valuable insight into the habits and demands of today’s consumers for small business retailers. For businesses considering offering this payment service, they should be mindful that customers can regret purchasing in this way, especially for ‘non-essential’ and expensive items.

On the other hand, a large majority are opting for buy now-pay later deals, so such services should not be overlooked by businesses.

Providing customers with the chance to purchase something and pay for it later can be an effective way for businesses to sell items, providing they are aware of the cost of the product so that customers are not cajoled into buying something they can’t really afford.

As C + R Research advises: “More than half (57%) of users say they have regretted making a purchase through Buy Now, Pay Later because the item was too expensive. Obviously, when consumers buy an item outside of their budget this can lead to missing payments; about half say they are currently behind on a payment, and almost the same proportion say they are likely to make a late payment within the next 12 months.”

It could prove a savvy move for small business merchants to make buy now, pay later services available on their products. However, it is also important not to leave customers disgruntled about their purchases and facing stress and anxiety about making the regular payments.

It is therefore vital to reiterate the message to customers that they should only make purchases this way if they can afford the payments. Businesses should also be mindful of what items they offer these deals on, as offering it on expensive products could potentially heighten the issue of consumers being unable to make the repayments.