Small Businesses Add 330,000 Jobs from April to May 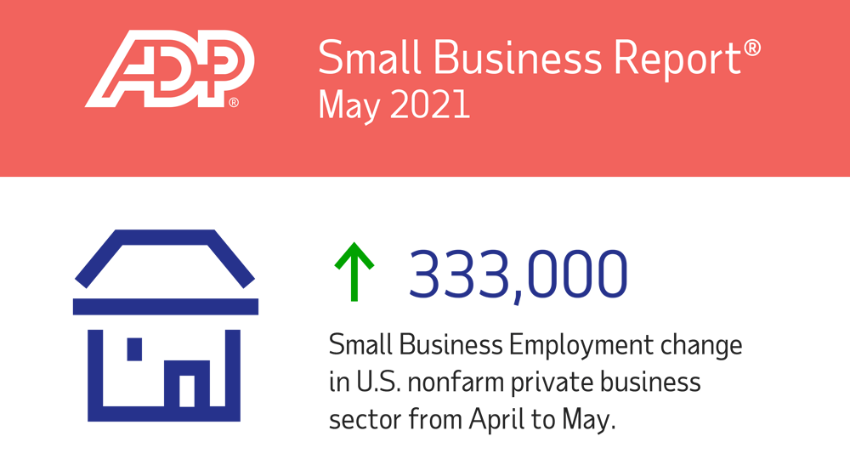 The latest jobs report from ADP shows that small businesses added 330,000 jobs from April to May.

The data comes from ADP Research, which released the numbers for its National Employment Report this week.

The majority of those jobs -308,000 – were in service industries. The remaining 25,000 new jobs were related to production of goods.

The growth in small business jobs accounts for more than a third of the national increase in jobs, which is 978,000 for the same time period. 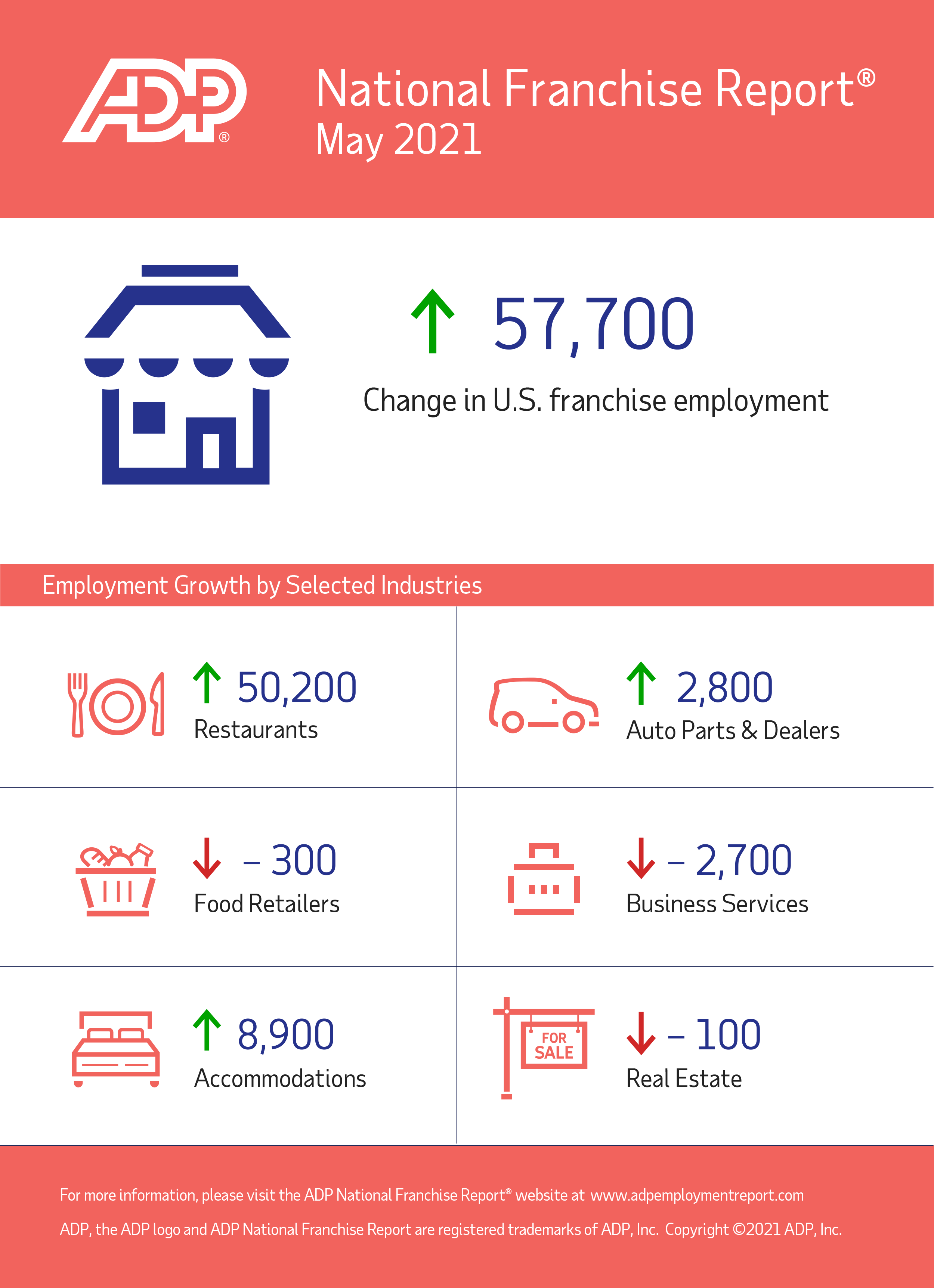 How do the numbers apply in the various types of franchise businesses?

Here’s a quick look at the increases from April to May:

Some franchise numbers saw a decrease:

How Does ADP Research Compile the Data?

ADP uses government sources, such as the Bureau of Labor Statistics, to calculate the data. There are two main sources:

The quarterly census of employment and wages, from the BLS.

Census bureau information about companies and numbers of employees. The census bureau calculates “shares” of employment according to company size.