Leadership Lessons from Trekking Up Mt. Everest Twice (and the North and South Poles) 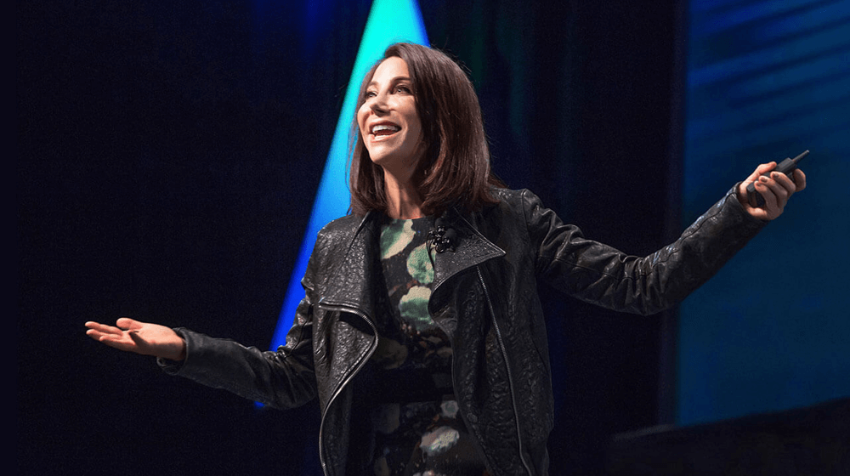 I was an hiker at an early age with my dad. Every summer, we would climb the Appalachian Trail in New Hampshire. During these times, my father showed me non-quitting spirit. In the last four years, I have become a long distance road cyclist. These challenges have taught me a lot about myself and the people I team up with. However, I could never imagine doing what Alison Levine has accomplished.

On The Small Business Radio, I talked with Alison who, at 5’ 4” is a history-making polar explorer and mountaineer. She served as team captain of the first American Women’s Everest Expedition, climbed the highest peak on each continent and skied to both the North and South Poles—a feat known as the Adventure Grand Slam—which only twenty people in the world have achieved. In January 2008, she made history as the first American to complete a 600-mile traverse across west Antarctica to the South Pole. Her New York Times bestselling book is “On the Edge: Leadership Lessons from Mount Everest and other Extreme Environments”. Alison’s life story was the inspiration for a craft beer called Conquer the Route Chocolate Stout which was distributed by Bold Missy Brewery and features her likeness on the label.

Alison is originally from Arizona and was always intrigued by the early explorers. But as she describes it, “I was born with a hole in my heart”. After her second successful surgery at 30 years old, she decided to do the things she dreamed of when she was young.  But Alison also has Raynaud’s disease which is a disorder that causes decreased blood flow to the fingers, so she had to be careful in artic and high altitude temperatures.

Alison climbed Mt. Everest in 2002 and 2010. The first time, she got within 275 feet of the summit with her team and had to turn back due to deteriorating weather. Many people saw this as a failure. Alison recounts the story when she was at a dinner party where she was introduced as someone that climbed Mt. Everest.

One guest asked “Did you get to the top?” Alison replied “No, we had to turn back because of bad weather.” The guest then said “Well I guess that you really didn’t climb Everest since you didn’t get to the top!”

Alison then asked the guest what he did. He said he worked for JP Morgan. Alison then said “No way, so you are the CEO of JP Morgan?” He replies, “No, I am in fixed trading”. Alison then concludes, “Well I guess you don’t work for JP Morgan since you didn’t’ get to the top!”

Alison explains that when you have a very public failure, you learn “failure is just something that happens to you at one point in time. It does not define. It’s the strength you gain from the struggle. You think who will follow in your footsteps because of your experience even if you did not succeed…because backing up is not the same thing as backing down. ”

In trekking and business, Alison says that “fear is a normal emotion but complacency will kill you. When you feel fear, it means you are aware of you surroundings. It’s okay as long as you can still act and react quickly. You can be scared and brave at the same time.”

Alison emphasizes that while leading a business, you need to take action based on the situation by focusing on executing. Before she finally got to the top of Mt. Everest on her second attempt, she had a lot of doubts. She adds that maybe “I am not going to fast enough of strong enough. But you don’t have to be the strongest to get to the top. You just have to be relentless and willing to suffer and put one foot in front of the other.”

Listen to the entire fascinating interview on The Small Business Radio Show.