These are the Most Ambitious Cities in America 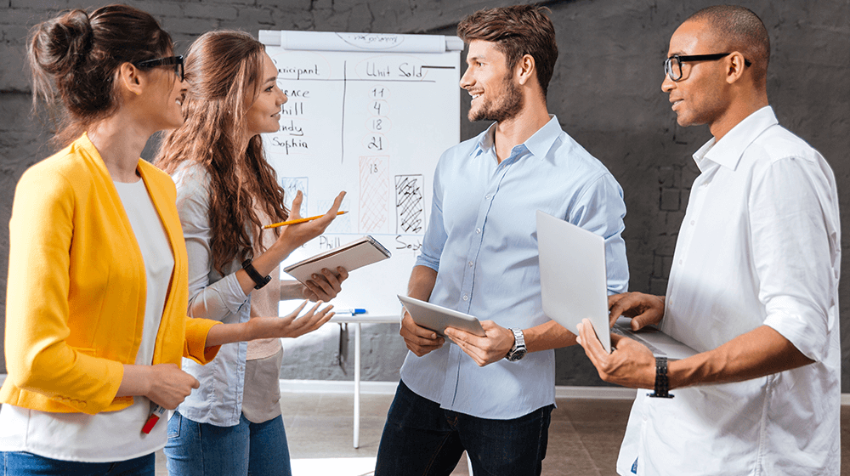 The population of the United States is more ambitious than ever. Census data shows that between March and April 2021, the number of new business applications across America increased by almost 9%.

So where in the US is harboring the most ambition? A new report by Go.Verizon shows the 15 most business-savvy cities across the United States.

Go.Verizon, a premium partner and authorized reseller of internet and phone service providers Verizon, used Census data to determine the US cities with most ambition.

Most Ambitious Cities in America

The research considered six different factors to determine which cities are home to residents with the most ambition.

These factors included the mean income of the city, its unemployment rate, people with a bachelor’s degree or higher, number of business applications, percent of population that’s starts a new business, and home ownership.

The findings provide important insight to small business owners, entrepreneurs and anyone thinking about starting their own business. By showing which businesses are thriving in different cities, entrepreneurs will have better awareness of where to base a business for optimum success.

As Go.Verizon notes: “The team at Go.Verizon – an authorized reseller of Verizon – admire ingenuity. With over half od American adults vaccinated, we want to celebrate the opportunities many people are embracing, and the best cities in which to do so.”

With a household income of $157,923 and an unemployment rate of only 3%, Sugar Land lands the number one spot as the most business-ambitious city in America.

West Covina is something of a mecca for world-class shopping malls. And with 128,306 business applications filed in 2019, the Californian city comes in a well-deserved second spot.

Hot on West Covina’s heels in the ambitious stakes in Torrance. Hailed as a beachy paradise for business owners, unemployment is at a low rate of 2.5% in Torrance.

70% of homes are owner-occupied in Santa Clarita, a statistic that puts the city in fourth position on the ambitious list.

Almost half of the population in Carlsbad has a bachelor’s degree or higher. With residents that are education, business-savvy and hard-working, this California city boasts fifth place in the race to find the most ambitious cities in the United States.

Norwalk is renowned for its art and cultural centers, making it the perfect place for arty entrepreneurs to base themselves. It is also home to almost 64% of homeowners, putting it in sixth place in the ambitious rankings.

With 53% of the population having started a new business in recent times, Pembroke Pines in Florida bags a well-deserved place on the list.

Video game museums, vintage automobile collections, and outdoor concert venues, are just several of the many businesses in Frisco, which is home to a mean household income is $153,704.

With a low unemployment rate of 2.9%, the city of shopping malls, cultural centers and food festivals is in ninth position on the list.

The percentage of business owners in Coral Springs’ population stands at 53, putting the Florida city in tenth spot.

More than 51% of the population have at least a bachelor’s degree, making the highly educated city a deserved entry on the list.

Hailed as a haven for small business owners, Columbia in Missouri boasts an unemployment rate of 2.4% and a mean household income of $127,885.

With only 2% of the population unemployed, Scottsdale in Arizona is an ambitious city, the 13th most ambitious city in the US in fact!

See Also: What States and Cities are Friendliest to Small Businesses

Burbank is a hub of business savviness, with resents boasting a mean household income of $103,777.

With 53% of the population being business owners, it stands to reason that Miami Gardens in Florida had to make it onto Go-Verizon’s 15 most ambitious cities in the United States’ list. 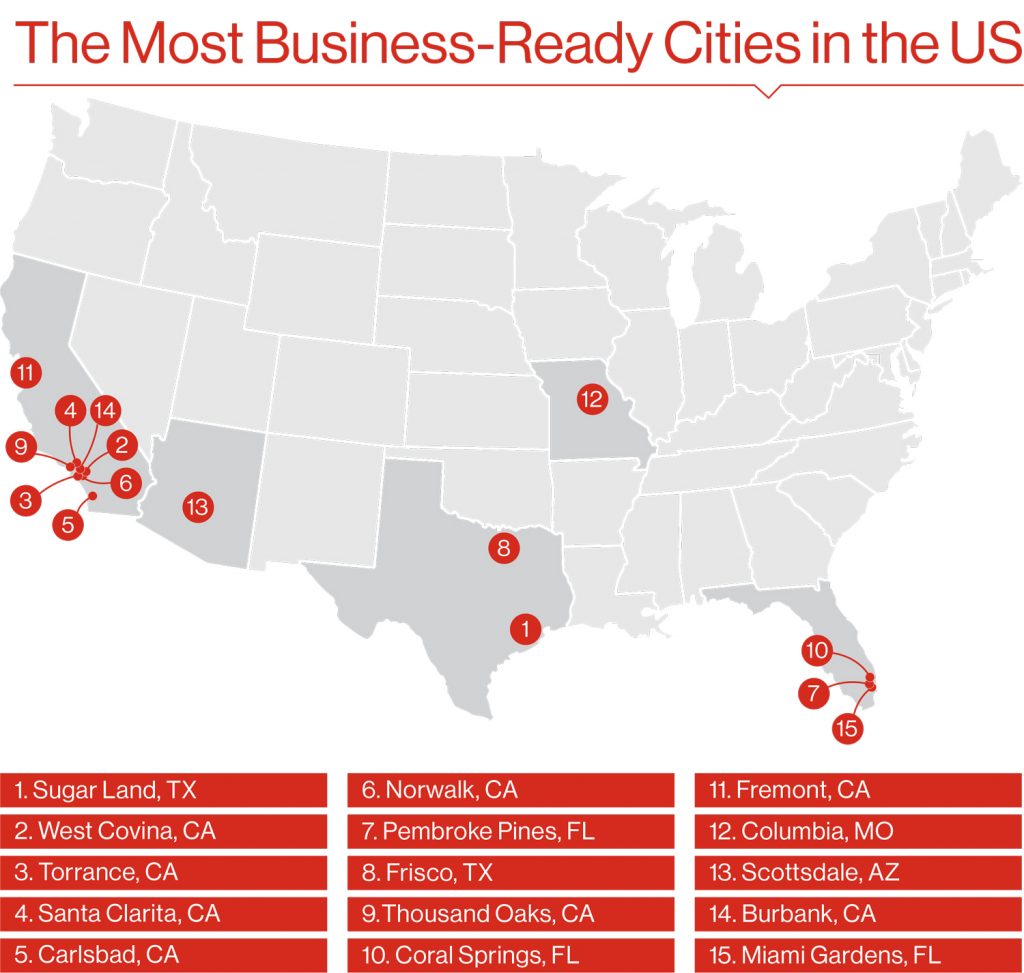