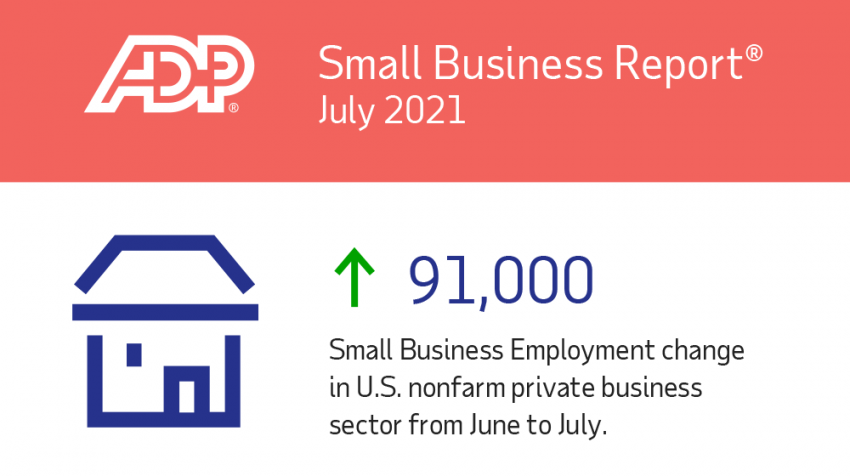 Goods-producing small businesses were down by 5,000 employees.

The private sector job growth of 330,000 new jobs is a marked slowdown when compared to previous months (June increase 680,000 and May increase 882,000). Still, ADP chief economist Nela Richardson said slowing growth is better than no growth.

“The labor market recovery continues to exhibit uneven progress, but progress nonetheless,” Richardson said. “For the fifth straight month the leisure and hospitality sector is the fastest growing industry, though gains have softened.” 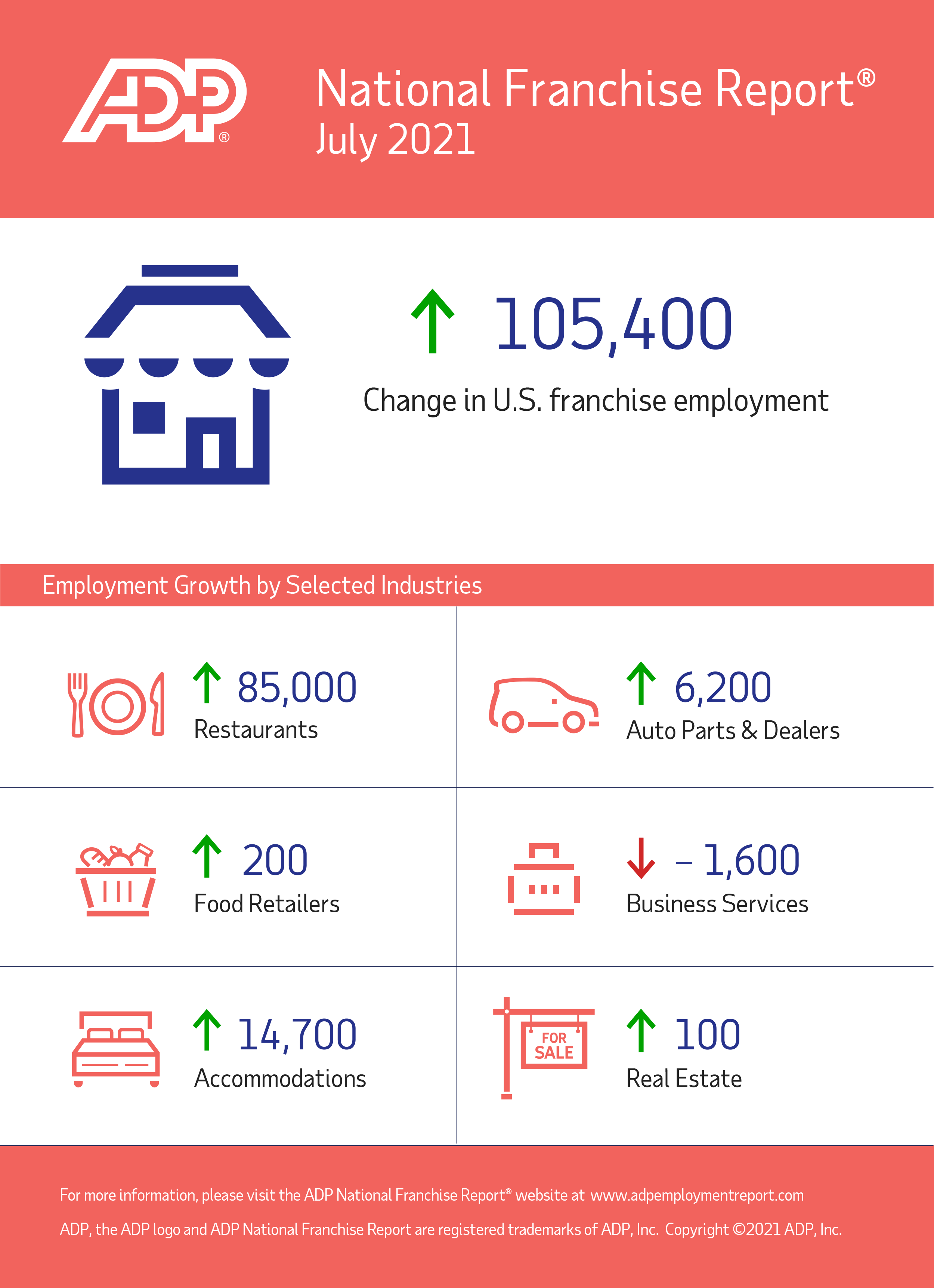 Business services franchise jobs were down by 1,600.

Reasons for the Slowdown in Jobs Growth

Richardson said that several variables related to the pandemic are impacting the growth of the economy for businesses of all sizes:

By definition, “long term” unemployment status is given to workers who are out of work for more than 27 weeks, Richardson explained.

“Although many businesses were able to recall workers, but the pandemic has stretched,” she said. “More than 40% of workers were long term as of June.”

Richardson said that there are bottlenecks in hiring that continue to hold back stronger gains. The bottlenecks include problems in the supply chain, such as semi-conductors, which impact the manufacturing industry. Of the 330,000 new jobs, only 12,000 were in the goods-producing industries.

Richardson that barriers to hiring should “should ebb in coming months, with stronger monthly gains ahead as a result.”

“The economy growth still has legs, but it’s an uneven tread forward,” she added. “There are speedbumps and variables in play.”