47% of Small Businesses Fear Another Government Shutdown Over Delta Variant 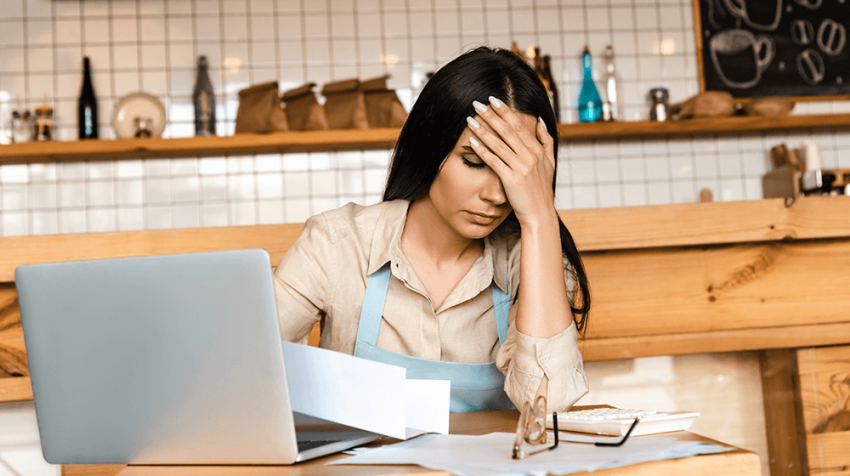 The fear of government reclosures due to the COVID-19 Delta variant is a concern for almost half or 47% of small business owners. The number has increased from a low 17% in April to 24% in June to a dramatic jump in July. This is according to the August Alignable: Road to Recovery Report.

The one thing viruses are good at doing is mutating and creating new variants. The question then becomes is the government going to force businesses to close every time a new variant pops up? Because the viruses won’t stop mutating and there are 20 more letters in the Greek alphabet to accommodate their resolve.

As for small business owners, the uncertainty of another closure is weighing heavily just as they are starting to recover. According to Eric Groves, CEO and Co-Founder, Alignable, “The recent surge in Delta variant cases has added a new, even more, alarming challenge hindering recovery.”

Beyond the government’s possible reclosure, businesses also worry about inflation and the increasingly high cost of supplies. And these concerns are also responsible for additional challenges including customers afraid to return and financial reserves running out. Understandably, this is impacting and stalling the recovery from COVID-19.

The surge of the Delta variant is also stalling recovery efforts small businesses were expecting. The report says more than 60% of business owners have concerns about their ability to recover. Not only that, but they also see it as a broad-reaching concern across the entire small business economy.

Almost two-thirds or 63% say the Delta variant put the entire small business economy at greater risk. Only 11% say it is not a concern, while 26% say maybe/not sure. 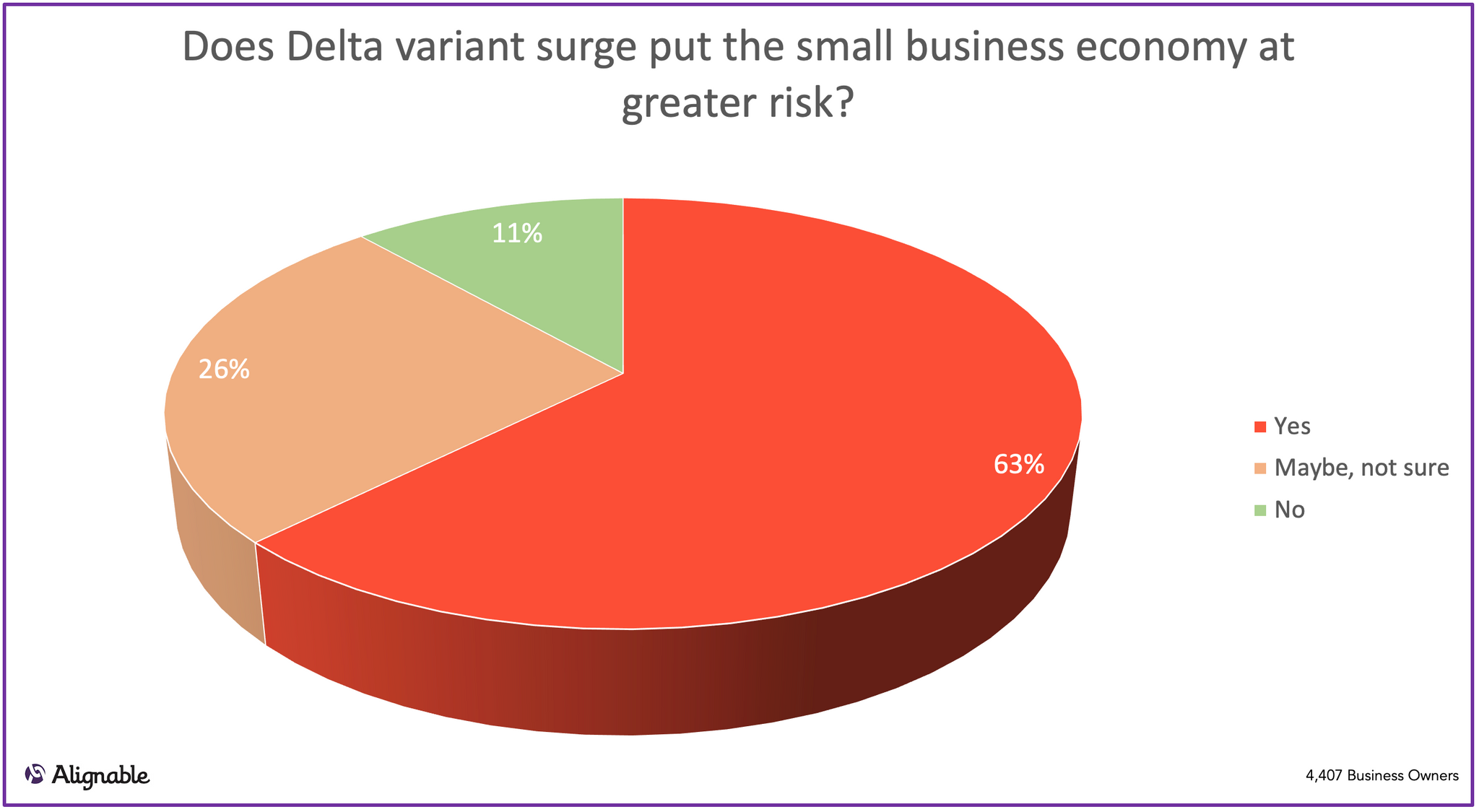 On a personal level, 34% of the business owners are highly concerned over the potential impact the Delta variant will have on their business recovery. The rest say they are somewhat concerned (26%), slightly concerned (16%), and not concerned at all (24%). 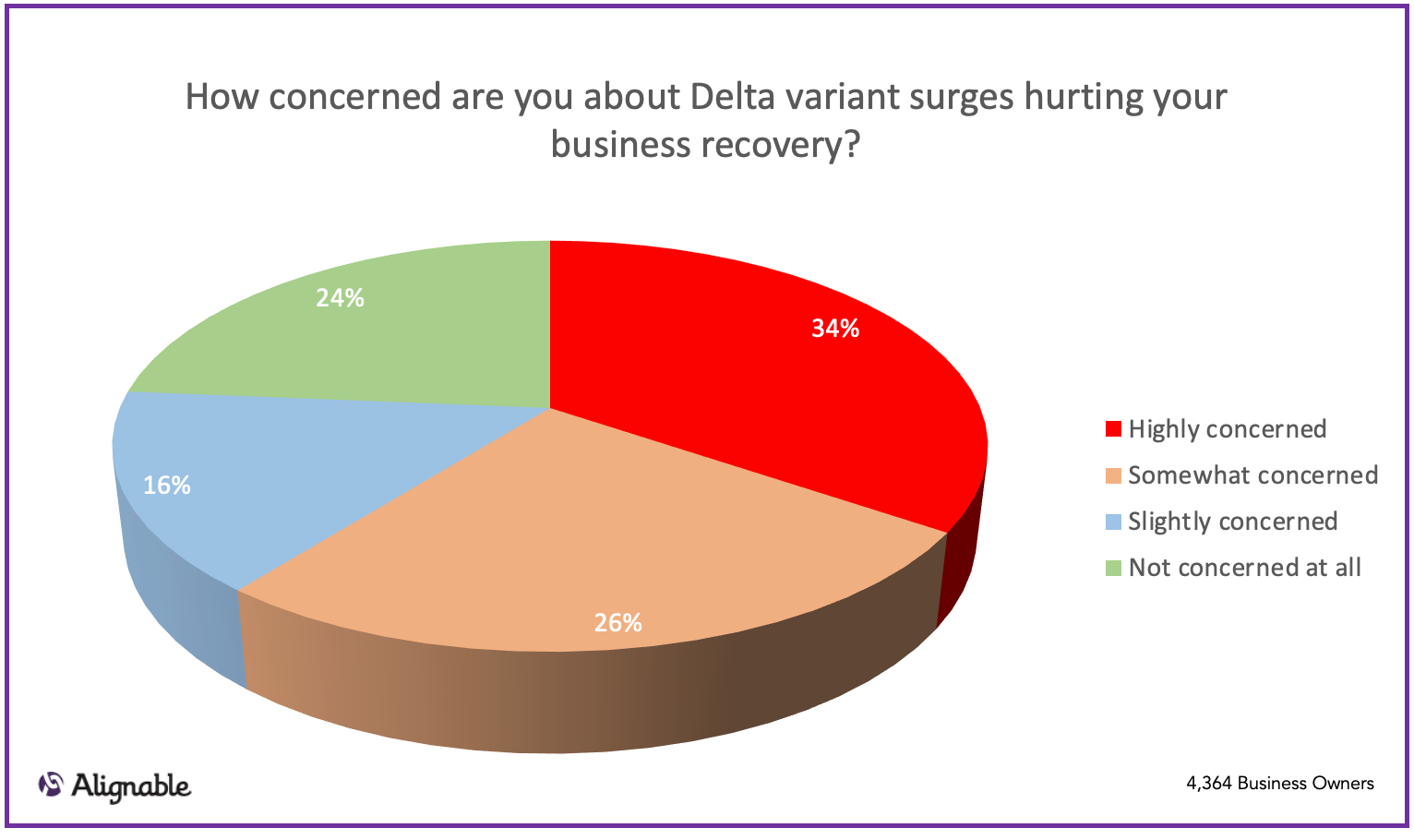 The Delta variant is sparking fear of reclosures with the report registering the highest concern by small business owners in 15 months. With 74% of businesses saying they are now fully open; the report saw a 2% shift to being partially open.

Another timely concern is whether small businesses should be asking if a potential employee has been vaccinated. For 71% of the respondents, the answer is yes, they would like to be able to ask. However, 29% say they think it is inappropriate to ask. 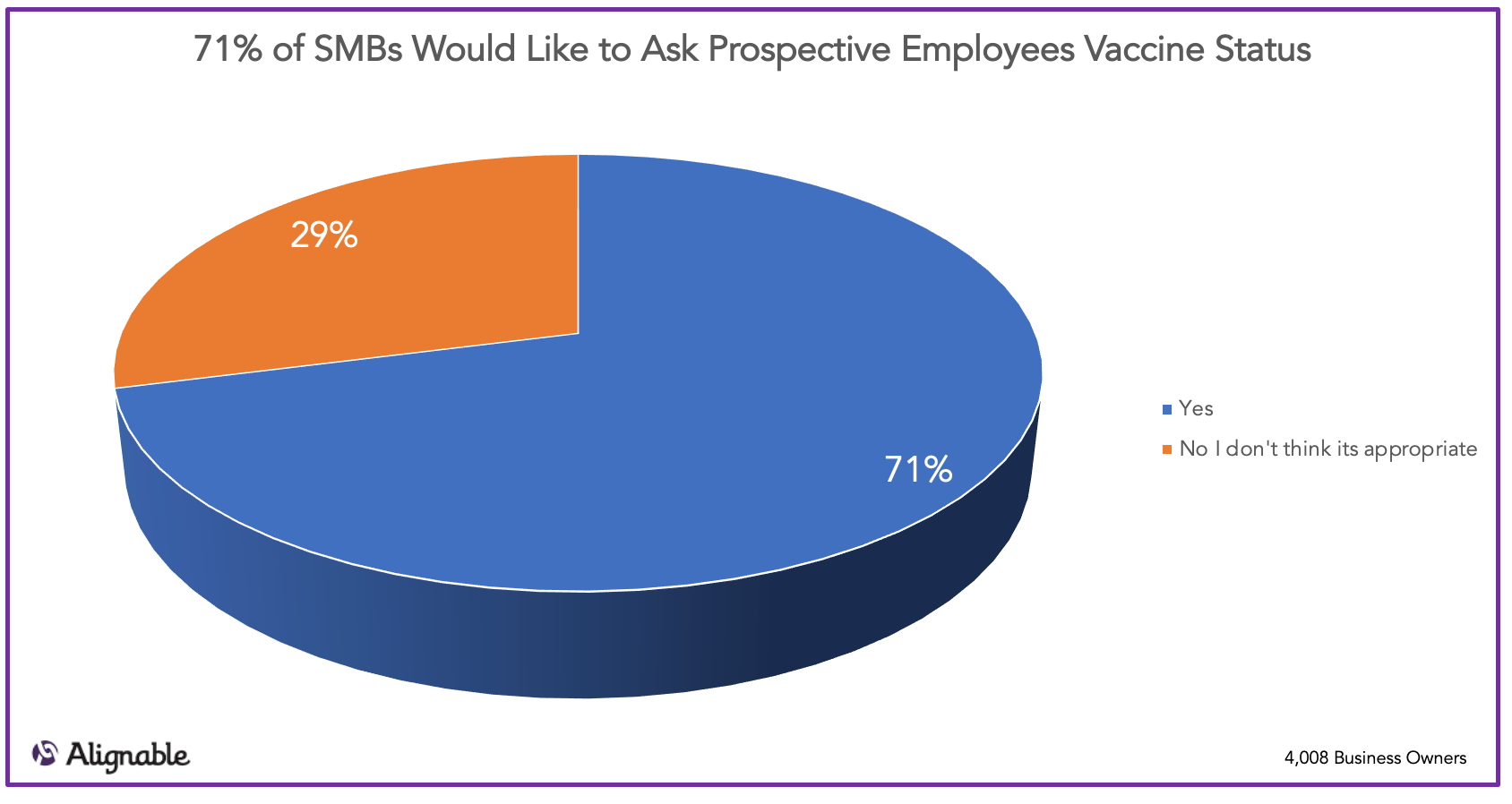 The survey goes on to ask the 71% how it will affect their hiring decision. The majority or 61% say they are much more likely to hire the person with full vaccination. Another 11% said they are somewhat more likely, while 23% responded neither more likely or less likely.

The August Alignable: Road to Recovery Report has very valuable data for small business owners as they continue to live through the challenges brought on by COVID-19. The data comes from 5,262 business owners from 7/31/21 to 8/10/21. Take a look at the rest of the survey results for more.