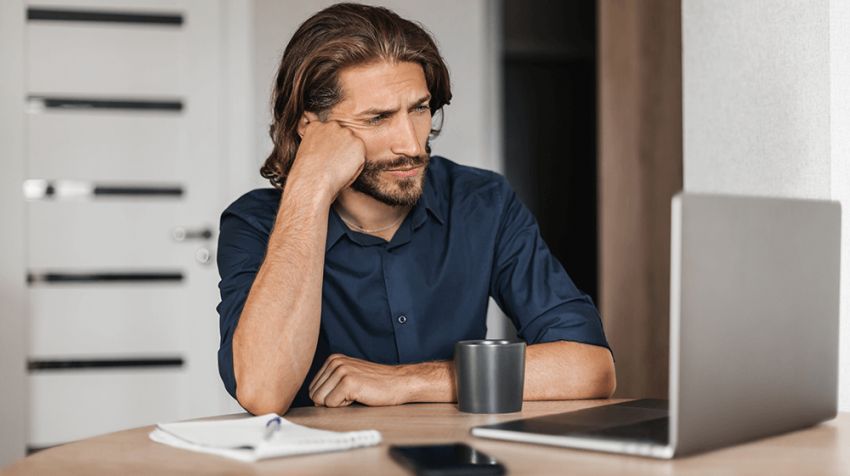 A survey of remote workers has revealed that many believe a significant portion of video calls could have been simple emails.

Unnecessary extra video calls have been contributing to a big increase in video call fatigue over the past year, the research found. One in every six remote workers say they feel very fatigued after video calls, with that number rising to 1 in 4 for those in leadership positions.

The study by VPN Overview talked to over 1,000 U.S. workers about the time they spent on video calls, their top pet peeves, and their levels of anxiety and fatigue caused by video calls.

It is an interesting survey for small businesses who may still be deliberating the best way to conduct communications between remote working staff.

A habit of regular video calls might be causing unnecessary stress and fatigue among workers. In such instances, it could be a good idea to examine the necessity of each video call and see which ones could be handled via the less pressurized email format.

David Janssen of VPN Overview explained that it tended be group meetings that was behind the increased video call anxiety. Janssen said:

“More than a third of respondents reported the highest possible anxiety levels during virtual meetings. That said, this was roughly the same frequency of anxiety experienced during in-person meetings, suggesting the digital nature is not to blame. Virtual meetings actually revealed themselves to be less stressful than in person specifically for interviews and presentations you have to lead yourself. It was group meetings that were the most poorly suited for digital instead of in-person formats.”

Janssen also described how workers’ concerns over virtual backgrounds were the most worrisome problems among Zoom callers today. He added: “Even reputable news sources agree that your background actually does say a lot about you, warranting the common concern employees had. This struggle was even more worrisome than speaking over others or having audio quality issues on the call.”

The survey showed that 38% of remote workers report feeling ‘very anxious’ before virtual meetings. This is a significant increase on the 21% of on-site workers that feel the same pre-meeting anxiety.

Furthermore, 38% of remote workers said their video call fatigue has significantly increased over the past year. A total of 35% believed that over half of the issues addressed during video calls could be handled via email.