What is Cameo and How Can You Use it to Get Influencers? 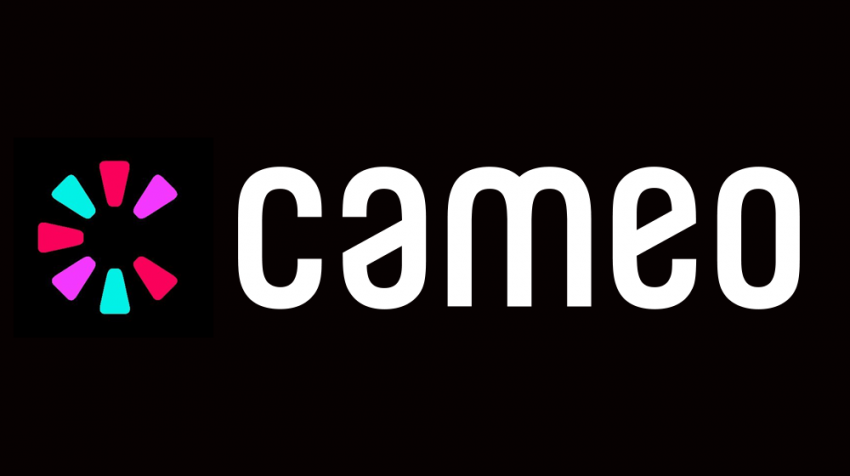 The up-trending Cameo is a service where celebrities and other influencers can be hired to deliver personalized video messages to a loved one or appear during live video calls. There is also a Cameo for business, and this article will be a definitive guide to how you can use Cameo to get celebrity influencers promoting your brand.

Founded in Chicago back in 2017, the Cameo site began rising dramatically in popularity during 2019 when the number of participating celebrities and influencers shot through the roof. The social restrictions in place during 2020 and the first half of 2021 made this celebrity video messaging site even more popular with stars. Now Cameo has links to a variety of business purposes such as:

For a price, the site allows a business to connect their brand to a wide variety of influencers including celebrities, artists, entertainers and thought leaders. To qualify as a ‘Cameo talent’, each influencer must have a minimum of 20,000 fans following their Instagram account, so you can be sure whoever you work with will have a significant audience interested in their messages.

This allows you to create celebrity-driven content as well as influencer marketing to get more eyes on your products and services. You can pay a price to use the videos to enliven virtual events by having a celebrity introduce speakers or perform during intervals, or even just say a few lines to announce a special promotion or recognize individual or company achievements. It is also an excellent platform for securing top-of-funnel prospects by having a special personality close the deal for you. Imagine trying to get a massive deal over the line and being able to call upon Matt Damon or Michelle Obama to pop in and say a few lines…

The app also has different plan options including a limited self-service plan and a more advanced VIP plan with extra features such as prioritized requests and access to add-ons. The business add-ons include co-branded watermarks, a dedicated customer service rep and extended video licenses.

How does Cameo Work?

Requesting a Cameo requires making an account on the website or app and then visiting the Cameo Marketplace to view the thousands of available celebrities, which can be sorted by categories. You then select the celebrity you want and fill out their request form. Payment is made via credit card, although US-based members can purchase Cameo credits to spend on video requests whenever they want. If the requested celebrity refuses the offer or simply doesn’t respond within seven days, all charges are refunded.

It is a simple process that enables business owners to improve their next marketing campaigns and use of cookies. Various features also allow business owners to make their Zoom meetings more exciting and memorable by having a celebrity join in.

The first step is downloading the app to your device. It is free to download from the Cameo website or via the More Options tab in Cameo videos.

You will then need to create a profile by entering details such as your name, email, company name, company email, job title and contact details. They also ask for your company headquarters location and number of employees.

Before making any email requests yourself, it is a good idea to view the examples of previous Cameo video requests so you have an idea of the protocols involved in contacting a Cameo talent and requesting a cameo from them.

Now you know how it’s done, it’s time to search for the perfect celebrity to match up with your brand. The Cameo Marketplace has thousands of options from the extremely famous and obviously very expensive, to the lesser-known influencers whose audience is perhaps smaller but much more focused.

Once you have identified the ideal celebrity, you fill out their form by describing what you would like them to do or say in your video in 250 words or less.

If the Cameo talent accepts your request, they then record the video, upload it to Cameo and it will be sent to you for use according to whatever license restrictions were agreed upon. Some videos may only be able to be used for a limited time only, so be sure to make the best use of your video to level-up your marketing campaign while you can.

How Much Does Cameo Cost?

Business cameos cost an average of $1,000, though this obviously depends largely on how much of an icon your preferred choice is and what you want them to do. The Cameo Live feature where you can have a Cameo talent join in on a live Zoom call is a lot more expensive, with the lowest price starting at $10,000.

You can also pay to Direct Message (DM) a Cameo talent which guarantees they will read your message, though does not guarantee that they will reply. Prices for such DMs start at $1 but can go as high as $2,500 for the higher-profile celebrities.

The video prices do vary wildly for each Cameo talent. For example, actor Lindsay Lohan charges $219.99 for a request, while comedian Greg Proops charges just $32.80.

Which Celebrities are on Cameo?

There are many thousands of influencers and stars for hire on Cameo that you can search for. And the question is influencer vs celebrity, with each having its pros and cons. As for celebrities, they include famous rappers like Ice Cube and Flavor Flav to the controversial Netflix star Carole Baskin or the universally adored Sean Astin. These include over 7,500 film and TV actors from Hollywood A-listers to supporting actors from The Office, over 3,000 reality TV stars, over 8,000 athletes, nearly 5,000 musicians, and over a thousand comedians. Many of the comedians are impressionists, so they can get in character as the U.S. President or Santa Claus for their video.

Here are some of the famous personalities on Cameo, what they offer, and their price:

Pros of Using the Cameo App for Your Business

There are many ways Cameo for business can benefit a company. These include:

See Also: 10 Ways to Tailor Your Marketing Strategy to Your Business

Cons of Using the Cameo App for Your Business

The cons of using this app for business don’t really exist as such, as every video request will be a positive one and the prices are all laid out before making any decision. Some potentially negative aspects to consider include:

Is the Cameo app legit?

The Cameo app works exactly the way it is advertised and you can rest assured that the personalities and social media influencers on there are real.

Can you sort Cameo by price?

You can’t sort the influencers by price on the Cameo app but there are other websites that have collected the data and do this for you. One way to sort influencers directly on Cameo is via their category above their photo, such as actors, athletes, musicians, creators and so on.

Who is the most expensive person on Cameo?

Who are the cheapest Cameos on the app?

While there are Cameos available for as little as $1, such prices may also result in low effort videos as well, but the hire may suffice if the message is just meant to be a funny gift for a friend or someone like your dad or your kid on their birthday. There are plenty of celebrities that don’t cost too much money for a birthday message, though you will be hunting in the outer reaches of fame.

For example, everyone who is a fan of the High School Musical movie franchise may be pleased to know that you can hire the actor behind the popular Coach Bolton character (Bart Johnson) for one charge of $56. Rachel Skarsten played the memorable receptionist in the 50 Shades of Grey film and the actress has a price of $51 for Cameo gifts. And you may not know who Tom Higgenson is by name, but you probably have heard his famous hit song ‘Hey There Delilah’ by his band The Plain White Ts. His price is just $37.