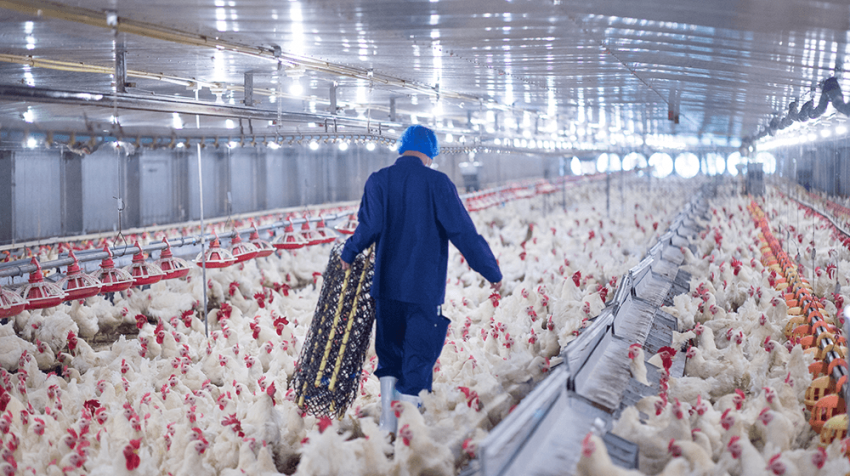 According to the Associated Press (AP), Tyson and Purdue, two of the biggest poultry companies in the country, will pay close to $35 million to settle a lawsuit by chicken farmers. The chicken farmers claimed they only earned $12,000 to $40,000 a year working 12-to-16-hour days year-round. This despite the fact major meat companies were reporting annual profits of more than $1 billion, says the AP.

Chicken farmers are in most cases classified as small businesses. Even though they might be raising tens of thousands of chickens, they are generally run by very few employees. And these farmers enter into highly restrictive contracts with major poultry companies that leave very little wiggle room and even smaller profit margins. And if farmers don’t meet the strict quotas, penalties cut into the already low-profit margins they operate in.

According to this lawsuit, the chicken farmers allege the contract grower system with these companies pushed them deep into debt. This includes requiring farmers to build and maintain chicken barns that meet company standards, which can be very expensive for small family farms. Moreover, they also claimed the companies colluded to fix farmer compensation. The AP says farmers were alleging this made it difficult for them to survive financially, while the practice boosted corporate profits.

Furthermore, the AP reports these companies lock farmers into long-term contracts to deals that fix the level of their compensation. The chicken farmers say these levels are unprofitably low. In 2020 Pilgrim’s Pride, another major poultry company reached a plea agreement with the U.S. government over charges of price-fixing in the industry. Pilgrim’s Pride ended up paying a fine of $110.5 million.

New Lawsuits on the Horizon

New rules encouraging competition in agriculture along with protection for farmers from large meat processors is going to make it easier for farmers to sue companies they contract with. This includes unfair, discriminatory, or deceptive practices. Under the Packers and Stockyards Act, farmers will have a much easier time bringing complaints against any of the companies that continue with these practices.

Not related to this settlement, restaurants have been experiencing chicken shortages across the country. Higher pandemic demand and record-breaking winter storms have been responsible for the shortage restaurants are experiencing.

As it relates to the pandemic, some plants have been shutting down for safety reasons as well as staff shortages. It will take some time to start picking up, with full capacity expected in the Spring of 2020.