Yes, Virginia, There is a Santa Shortage 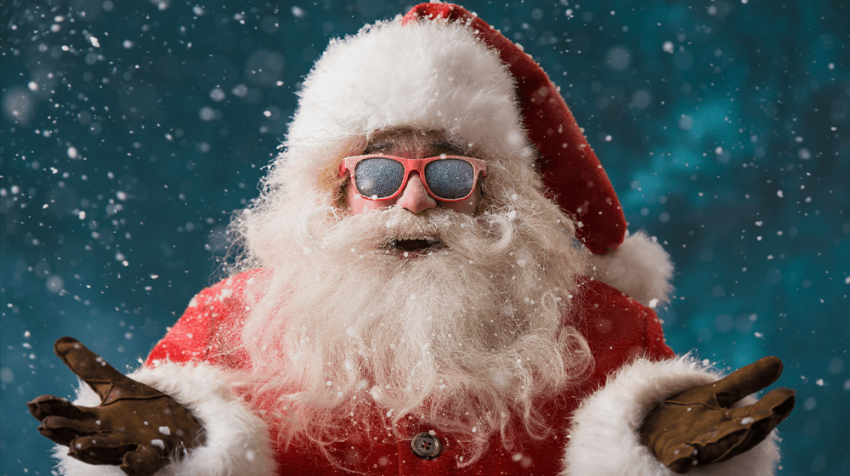 Some people question his existence but one thing’s for certain, the Santa shortage is real.

The holiday season is playing out like one of those made-for-TV Christmas movies.

But unfortunately for a lot of people who want to hire a real live Santa for their holiday parties and events this year, this movie doesn’t have the happiest of endings.

“We started feeling it back in October,” Mitch Allen, head of HireSanta, tells Small Business Trends. “We saw demand for key dates filling up.”

Allen’s company, which was once featured on Shark Tank, coordinates Santa Claus hires across the country. And right now, he says, there’s a serious Santa shortage.

The situation is a big humbug for companies that want to hire the services of a Santa.

There’s no better way to spruce up an office holiday party like a visit from St. Nick himself. And small businesses can attract big crowds if they advertise that Santa will be stopping by their store.

Those that do book a Santa visit this year should consider themselves fortunate, Allen explains.

And there are several reasons for the Santa shortage in 2021.

Demand for Santa Claus is Way Up

Plainly, everyone wants to see Santa in 2021. Demand, Allen says, is up more than 100% at HireSanta.com. And that’s up over pre-pandemic levels at the site.

Allen believes it’s proof that people are wanting to get back to some sense of normal. Santa, he says, is a great way to do that.

“Businesses are trying to associate themselves with the use of Santa,” he says. “It’s really amazing, the demand.”

While demand is at record levels, the supply of Santas is very low right now.

Sadly, he says, there are at least 335 people who played Santa who’ve died in 2021, alone. That doesn’t account for last year.

“We lost a great number of Santas over the last 18 months,” Allen laments.

Folks who’ve played Santa Claus in public not only have died, but they retired, too.

And those who haven’t given up the role may still be reluctant to don the big red suit and get back out there among bigger crowds. The average age of a Santa is between 60-65.

Dealing with the Santa Shortage of 2021

At this point, it seems getting a visit from Santa at your business may be a bit of a longshot. But there’ve certainly been more miraculous Christmas stories, so all hope shouldn’t be lost.

In the meantime, Allen says he’s telling disappointed customers looking to a book a Santa through his site to consider altering their plans a bit to increase their chances.

“Hundreds reach out to use every single day,” he says. “We ask them to have patients and flexibility.”

He says demand for Santa is highest on weekends. That’s not happening this year.

“Weekends are sold out around the world,” Allen says.

And if this year looks like it’s going to be a Santa-less holiday, now may be the time to start thinking about Christmas in 2022. Bookings for near year are already happening, earlier than ever at this pace, Allen says.

The Santa shortage presents an opportunity for the right person, of course. If there’s such high demand for Santa Claus, it could be a nice side gig for an entrepreneur.

“Please, please,” Allen says to people who are thinking of playing the role of Santa and making a little money on the side. “We definitely need them. If someone has a real beard, and a real belly …”

“We have some great Santas in their 20s,” he says.

Joshua Sophy is the Editor for Small Business Trends and the Head of Content Partnerships. A journalist with 20 years of experience in traditional and online media, he is a member of the Society of Professional Journalists. He founded his own local newspaper, the Pottsville Free Press, covering his hometown.
Leave a Reply Cancel reply
Subscribe
Follow @smallbiztrends
RSS LinkedIn Pinterest iTunes