These Cities Will Serve the Most Award Winning Food in 2022 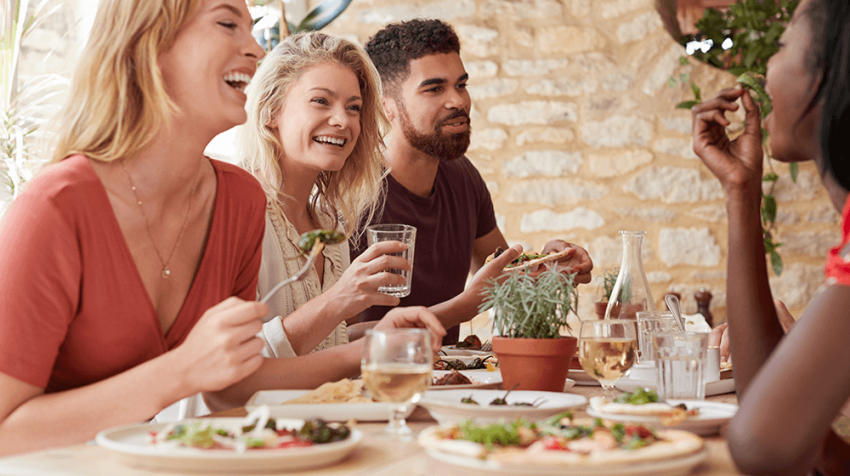 There is nothing like dining at a great restaurant, and if you are looking for the most award-winning establishments, here are the cities you will find them in. And while big cities top the list, there are also small cities with award-winning restaurants.

Cities the Most Award Winning Food 2022

In order to find out these restaurants, Shane Co. analyzed more than 800 James Beard Foundation award-winners in the last 20 years across the U.S. With that information on hand, Shane Co. went looking for U.S. states and cities with the most award-worthy food.

Not surprisingly New York is the state with the most awards at 253, with California coming in second at 140, and Illinois at third with 69. Louisiana and DC round up the top five at 29 and 28 awards respectively. 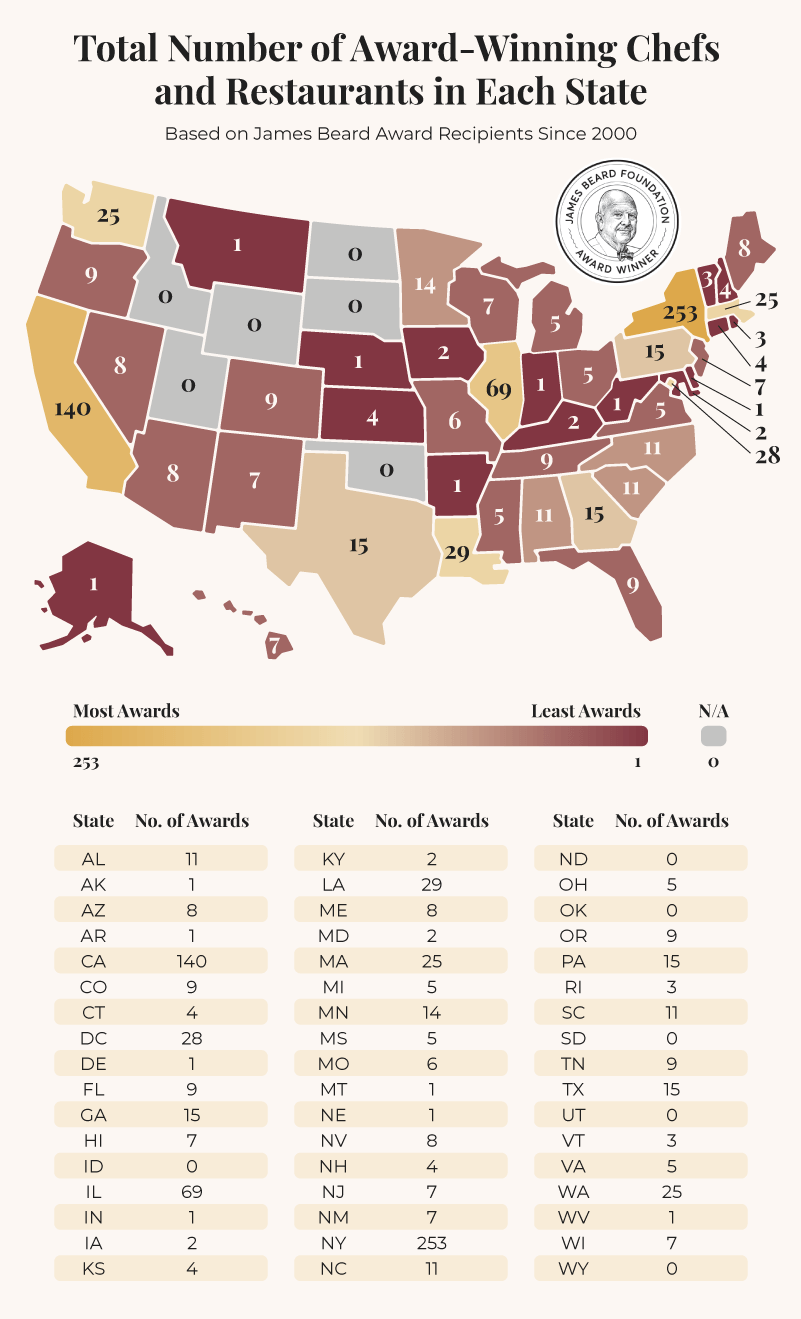 When it comes to cities, New York City is far and ahead of everyone else at 238. Chicago is next with 67 and San Francisco rounds up the top three with 57. 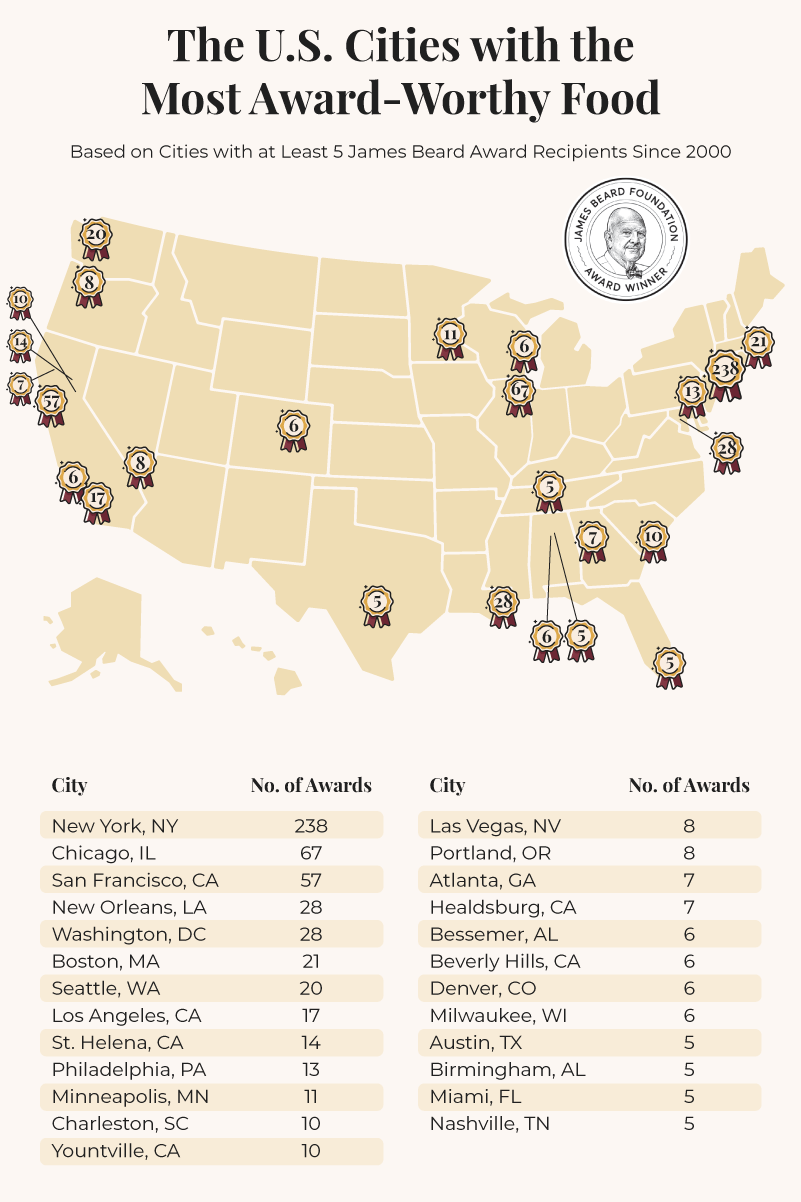 When a small city such as St. Helena, CA with a population of 6,101 (2019) has 14 awarded restaurants, it makes you wonder what they are doing right. But a closer look reveals it is in Napa County, California’s Wine Country, and it makes more sense.

Other small cities include Bessemer, AL with 6 awards, Charleston, SC with 10, and Yountville, CA with 10. 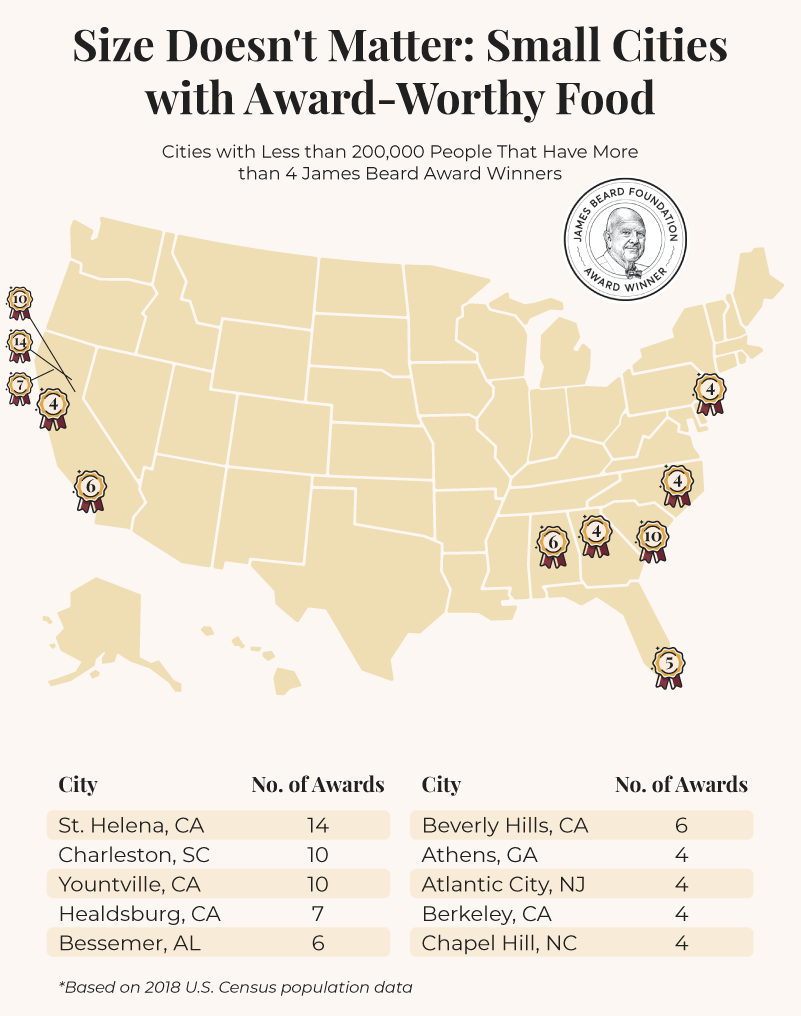 To put the James Beard Foundation Award into context, it is worth mentioning it is one of the more prized awards in the restaurant industry in the U.S. The mission of the award is, “To recognize exceptional talent and achievement in the culinary arts, hospitality, media, and broader food system.” When it comes to restaurants, the foundation considers quality of food, atmosphere, and service with strict criteria. And winning the award is a sure-fire way to bring in local foodies as well as those from other cities, states, and even countries.

The James Beard Foundation Award has been in hiatus in 2020 and 2021 because of the pandemic. However, the foundation has announced it will be back in 2022 giving worthy restaurateurs with excellent dining experiences their just due recognition with its awards.