How to Make Money Playing Games 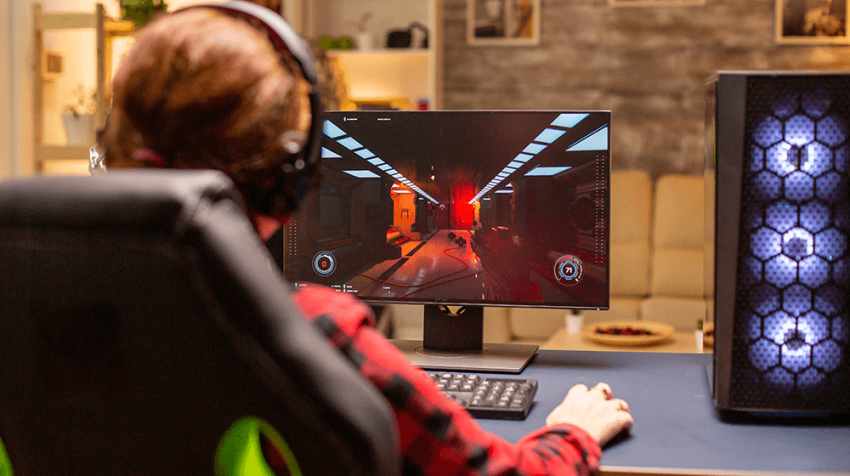 Making money playing games has become a viable revenue stream for many in the last few years. With so many different platforms to choose from and amazing games coming out, the video game industry has seen a massive increase in players. Playing video games can be a great way to unwind and might end up becoming a great way to earn some extra money. We’ll go through how to make money playing games in this article and include some platforms where you can get started.

Can You Make Money Playing Games?

Yes, you can make money playing games. There are a few different ways to make money through gaming, including playing online games, making video game content or journalist, participating in live professional gaming events, and live streaming their gameplay.

How Much Money Can You Make Playing Video Games?

The amount of money you can make playing video games will significantly vary depending on the kinds of games you play, the content you create, the platforms you use, and the amount of time you dedicate.

Reports indicate that gamers can earn anywhere between $20 an hour to $200 an hour for game playing, but there is no way to establish an average. However, these earnings can be increased by participating in activities such as game tournaments, which often offer cash prizes and other incentives. Game tournaments can pay anywhere in the thousands per tournament.

There are many opportunities to make your mark in the gaming industry and earn money while you’re at it. Depending on your interests and time commitments, you can find your niche in video games and earn money for pursuing an interest. Gerard “HipHopGamer” Williams, is a good example of this, and he started in 2007. We’ll go through some of the top ways to make money playing video games.

Many avid game players make money in the gaming world via a YouTube channel. You can run live streams or pre-recorded videos of your gameplay for others to watch as you go through the game.

You can also post video game tutorials, gameplay tutorials, reviewing games, and general gaming tips on your YouTube channel to boost your following and monetize your channel. You will earn a percentage of ad revenue when your viewers watch video or banner ads on your gaming videos.

If you’d rather be behind the scenes and want to be both a skilled player and a game designer, then becoming a video game developer might be the right path for you.

You can work with game design companies to create a new game and become part of the video game industry as you earn money. Game developers work with a video game company to earn money, with the average salary being anywhere between $60,000-70,000 a year. You can browse job boards to understand what requirements are needed for a game developer, as each company will likely have different requirements.

If you like teaching and playing games, you can combine the two interests to set up a video game coaching business. As a video game coach, your responsibilities would entail walking through gameplay tutorials, giving players tips and advice, and helping players improve as they practice for video game tournaments.

You can set up your coaching business, so it’s a mixture of one-on-one teaching and watching videos so that clients feel engaged and motivated to play better. Video games coaches can earn anywhere between $26,000 a year to $75,000 a year depending on expertise, the game, and other factors

Another great way to explore your interest in video games is to become a video game journalist. You’ll report on new releases from video game companies, play games and write reviews, report on gaming tournaments, and more.

When games are being developed, a game tester is needed before the game can be released. That means playing the game, providing feedback on the quality, the game itself, and reporting any bugs or issues you’re spotting.

As a quality assurance game tester, you can work with a new or upgraded game and help make it better. A video game quality assurance tester can earn about $50,000 a year on average, but it can also go to higher ranges based on experience.

Twitch is one of the most popular gaming sites in the world, and many gamers earn real money by streaming their gameplay on the platform. And it is one of the more legit money-making apps in gaming. So, learning how to make money on Twitch will pay off. Twitch enables users by monetizing their live streams through ads, subscriptions, and more. Twitch can be a lucrative way to use your gaming habit to make money and gain a following for yourself. So, learning how to make money on Twitch is a good way to start understanding the platform.

You can create specialized video game tutorials and post them on social media platforms such as YouTube and Twitch to make additional money. You can boost your bank account while teaching others how to play new and upgraded games and impart your wisdom. You can choose to focus on a particular game and build a niche or create tutorials for many games to attract a wider audience.

Apps and Websites That Will Pay You to Play Video Games

Mistplay is one of the most popular game apps as it lets users earn money while playing games. In addition, Mistplay has an in-built social experience that makes gameplaying fun, and users get gift cards for popular retailers as they play and discover new games.

Mistplay is available as a website game and a mobile app on Android and iOS.

With Blitz, users can play against other team members simultaneously and make money while playing games by redeeming their points for gift cards. You can solve multiple puzzles and play a wide range of games with Blitz, including Solitaire, Bingo, Pool, Helix Jump, Ball Blast, Blackjack, Poker, and more.

Blitz is currently available as a mobile app on Android and iOS.

Skillz Gaming is an eSports platform with various games for players. Like Blitz, there are puzzle games, trivia games, fighting games, and more as you compete against other players. Earnings are paid out via PayPal cash or to your PayPal account.

Skillz Gaming is currently available as a website game and a mobile app on Android and iOS.

VeryDice has a simple premise: Roll dice and win redeemable tickets. Players win tickets for each roll, and the prizes vary depending on their dice roll. Users can redeem their tickets for items such as electronics, gadgets, and more rather than gift cards or vouchers.

Skillz Gaming is currently available as a website game and a mobile app on Android and iOS.

Brain Battle is currently available as a mobile app on Android and iOS.

GAMEHAG rewards users for playing games by collecting gems that can be used to redeem rewards. Focusing mainly on fantasy games, GAMEHAG players can collect soul gems as they play and interact with the community. The gems can be redeemed for gift cards, vouchers, with new options being added frequently.

GAMEHAG is currently available as a website game and a mobile app on Android and iOS.

How to Make More Money Gaming

Once you start getting the hang of making money gaming, you can then start thinking about how to maximize your earnings even more. Here are some key tips to help you make even more money while gaming:

Myra is a a staff writer for Small Business Trends as well as freelance writer and researcher based in London, UK. Myra has been writing for businesses across a variety of sectors and industries since 2013.
4 Reactions
Leave a Reply Cancel reply
Subscribe
Follow @smallbiztrends
RSS LinkedIn Pinterest iTunes