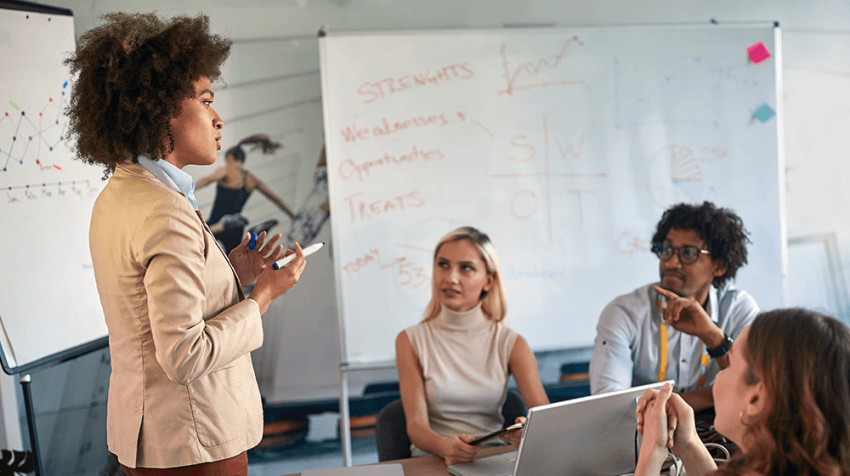 New research has revealed that entrepreneurship is on the rise, and especially so amongst Black Americans.

Black Entrepreneurship on the Rise

The multi-year Venture Forward study initiated by GoDaddy aimed to measure the local economic impact of online microbusinesses, described as small businesses that often originate as side hustles and typically have less than 10 employees. The researchers discovered that 2.8 million more United States-based microbusinesses were started in 2020 than in 2019, with 26% of those started by Black business owners.

That 26% of all new business start-ups in 2020 is an 11% increase on the number of new Black-owned business start-ups from the previous year. The study also found that Black women’s activity in the microbusiness space contributes massively to the overall rise in Black entrepreneurship. Of all the Black-owned microbusinesses started in 2021, 73.5% were started by Black women, which is a 16.8% increase on the 2020 number.

The most popular sectors for new Black microbusinesses include retail, transport logistics and personal care services, as well as arts and entertainment.

The co-founder and president of the Small Business Advocacy Council in Chicago, Elliot Richardson, described how the Venture Forward study’s data could help: “We should be allocating funds to ensure the survival of microbusinesses that started during the pandemic, so they have a chance to scale up.  Data is absolutely instrumental in understanding what sort of policies are going to help microbusinesses.

“It’s a chance to re-imagine our economy and grow new businesses and new types of participation.”

The information will also help economic developers and elected officials in supporting this rising community. This is especially important as microbusinesses often don’t receive the acknowledgement their contributions to local economic growth and opportunity deserve.