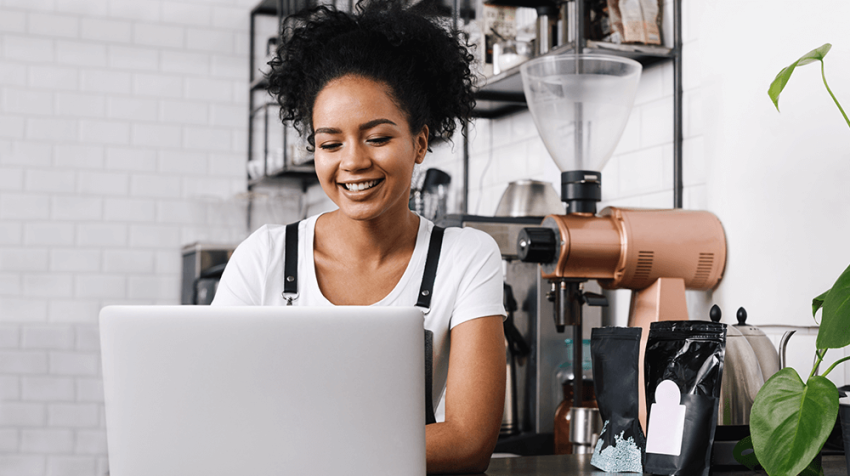 Let’s take a look at some of the Black female entrepreneurs who are making their mark with old and new businesses.

21 Black Women Entrepreneurs to Inspire You

Black women aren’t the only females rejoicing in the creation of Fria, one of the fastest growing of all female owned businesses. Burgess created a jewelry line which uses state-of-the-art technology (thermal heat transfer and evaporative cooling) to combat hot flashes.

Penn joins other Black female business owners in developing a fashion line using sustainable fabrics, including organic cotton, hemp and bamboo. Penn’s line, called Maya’s Ideas, expanded her venture into the fashion world to include global activism, and she is often sought as a speaker. Her book You Got This inspires teens and young adults.

Cofield is founder and ceo of the Walker’s Legacy Foundation, which is a resource and support organization for entrepreneurial women of color. The foundation also runs an online business accelerator, to aid women of color in their professional development.

This young black entrepreneur is a fashion designer who launched her line when she was 6 years old. Moore is also an actress and author. Her Essynce Couture line has expanded to include clothes and body products for teens.

Aliche is founder and ceo of both Budgetnista and The Live Richer Academy. At one point in her life, Aliche became homeless and moved in with her parents. Her goal is to provide life-changing financial education for women worldwide.

Ahmed began her work career as a chemical engineer. She also earned an MBA from Columbia Business School. Those two fields gave her a great background – after 8 years of research – to launch Plum Perfect.

Plum Perfect is a personalized digital shopping experience for women of color. Download a selfie, build your color signature, and shop recommended products.

This Super Business Girl got her start in entrepreneurship by making and selling candles, including her signature pink, yellow and light blue candle. She expanded to inspire her peers to start their own business, with targeted efforts that include strategies learned in her workshops. The workshops are geared for middle and high school students.

Swivel Beauty was cofounded by lawyer Jennifer Lambert and editor Jihan Thomas. Both women were frequent travelers and despaired of finding quality hair care in unfamiliar towns and cities. They developed Swivel Beauty, an App which connects women of color to hair professionals.

Walton is ceo and cofounder of Expectful, which focuses on holistic care for moms. Via the Expectful site, women can take part in meditations and events. They can also join support groups. Expectful is staffed with experts, including those in the field of nutrition and post-partum care.

Getting stung by a bee, on two occasions, led Ulmer to learn more about bees. She entered a local business competition by making flaxseed lemonade. She tweaked a 1940s recipe from her great grandmother, substituting honey for sugar. She donates a portion of the profits of her Me and the Bees Lemonade business to help save honeybees.

In 2015, Hamilton founded Backstage Capital. Hamilton had learned that fewer than 10% of venture capital deals went to women, people of color, and members of the LBGT community. Backstage Capital seeks to rectify that and provide economic equality for them. To date, Backstage Capital has supported investments from more than 180 companies for small businesses.

One of the most famous of black women to wear a Tracey Reese design is Michele O’Bama, who in 2012 sported one of her creations at the Democratic National Convention. Reese’s newest line is Hope for Flowers, which focuses on ethical sourcing of materials to create a sustainably manufactured line with economic and social value.

All she had was a cell phone. Howroyd didn’t have office furniture – she didn’t even have a fax machine. Yet when Howroyd moved back to her hometown of Tarboro, North Carolina, she was able to launch and grow Act1 Group, today a leading employment agency with consulting services.

Hughes is the first of African American women to lead a publicly traded media company. Hughes was at one time homeless and was turned down for a loan by 31 banks before she obtained a loan and bought her first radio station.

Today the self-made Hughes is one of the wealthiest women in America. She founded and chairs Urban One, Inc., which includes 56 radio stations.

Kajese and her staff are known as “diversity crusaders.” Kajese realized that only 1% of the stock images used for advertising included people of color. Striving for social and economic equality, Kajese is founder and ceo of #Adtags, to improve the stock image content to include people of color, to be used by companies worldwide.

Brown was a lawyer for international corporations before becoming cofounder and cochair of Black Music Action Coalition. She is also founder of Omalilly Projects, an artist management and production company. She’s a music executive at Keep Cool/RCA records. Brown is also a prolific fundraiser, who focuses on raising money for political, humanitarian and cultural initiatives.

Bryant is the founder and ceo of Black Girls CODE, a nonprofit that teaches computer programming and tech skills to young Black women. Bryant’s goal is to train 1 million young black women by 2040. Google has donated more than $2 million to the cause, and Nike recently teamed with Black Girls CODE to sponsor an event.

One day while attending college, Imafidon looked around the classroom and realized she was one of only 3 women in the class. She is the founder of Stemettes, Girls Do Stem Too, a social enterprise which strives to inspire and support young women of color in the fields of science, engineering, the arts and math.

No list of inspiring black female entrepreneurs is complete with Oprah Winfrey, one of the most well-known and widely recognized public figures in the country. Her business success and expansive philanthropy across social services sectors are legendary. She’s provided long term funding resources for many underserved groups.

Walker lived from 1867 to 1919 in the rural American south. She accomplished the American dream through her hard work, producing and selling a hair care product (and later expanded body care line) for African Americans. The regime of using her products was known as The Walker Method. She was one of the first American women to become a millionaire.

How many Black business owners are there in the US?

According to Fundera, there are more than 2 million businesses owned by Black people.

The majority of Black businesses started are in the health care field. The highest percentage of the businesses are in Washington, DC.

What percentage of black owned businesses are owned by black females?