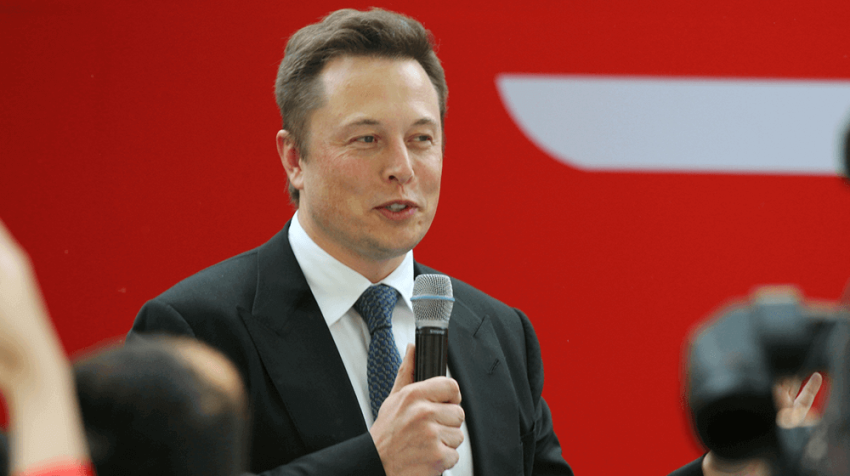 Elon Musk is buying Twitter, as he said he would.

According to a FoxBusiness.com report, the Twitter board of directors agreed to Musk’s offer to take the company private for $44 billion. Stockholders in Twitter will get $54.20 for each share of the company they own at the time the deal is made official.

Musk tweeted several times since news of the deal went public. They mostly focused on free speech, a topic about which Musk has been critical of Twitter and how they police content.

While the free speech issues surrounding Twitter may not have much to do with your business directly, today’s development should definitely be of interest to small business owners and entrepreneurs.

Musk has promised that Twitter will have new features. Before inking the deal, he gave a preview of certain elements of Twitter that he wants to change:

“I believe that free speech is a societal imperative for a functioning democracy,” Musk has said. And also, “Speak freely within the bounds of the law.”

Musk had previously expressed his displeasure with Twitter content moderators who banned users, most notably, past-President Donald Trump. He’s in favor of “time outs” in lieu of bans. 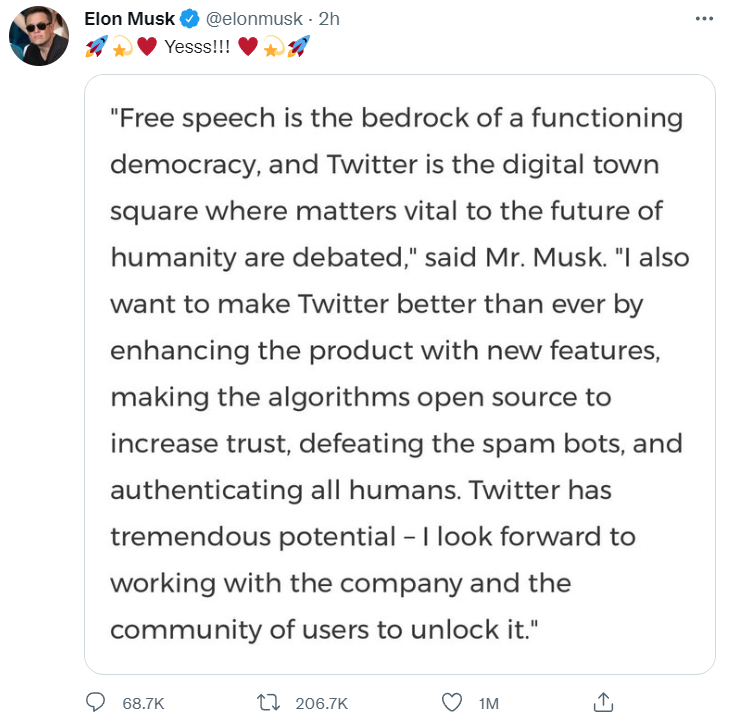 How Will Elon Musk Change Twitter for Small Business and Brands?

Some small businesses and brands excel on Twitter. Content creators can use the platform to build a loyal following. But in reality, the site as it’s designed now, lacks a lot of the features that attract businesses to sites like Facebook, which could be seen as more of a seller’s platform than Twitter.

Businesses and entrepreneurs who aren’t on Twitter may want to consider joining or at least paying attention to any potential changes Musk implements that could have an upside for them.