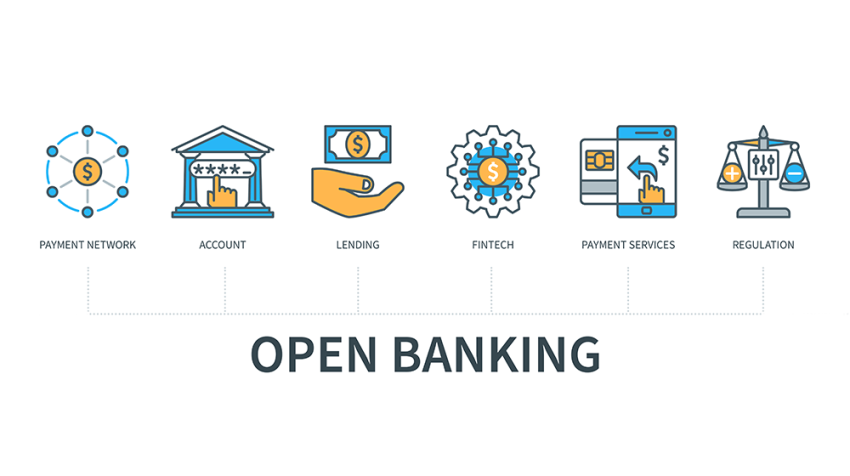 Few would argue against the fact that the pandemic has had a profound impact on business. For many, the pandemic spelled disaster. But for others, it ushered in a season of positive change. And for those that survived and thrived despite its wiles, it was all about agility and innovation.

One of the biggest themes to have emerged from the pandemic’s ashes was that of digital transformation. Nearly overnight, it seemed that companies of all sizes were deploying technology-driven initiatives and other measures to keep the wheels of commerce turning. And although things like remote work and the “great resignation” took the lion’s share of headlines, there was an equally important concept building steam within the banking and payments sector. For those following FinTech, it was all about a disruptive concept known as open banking.

What is Open Banking?

Although some trace open banking’s origins back to the 1980s and Deutsche Bundespost, its current form really didn’t emerge until January of 2018 when the Europe Union put its second Payment Services Directive (PSD2) into force. McKinsey & Company explains that PSD2 is part of a global trend in bank regulation emphasizing security, innovation and market competition. The company noted that “PSD2 represents a significant step toward the democratization of the banking sector.”

For small and midsize businesses, the emergence of open banking is very good news.

“With a customer’s permission, open banking allows banks to share data with third parties, bringing more flexibility and transparency to a consumer’s data and money,” said Anastasija Tenca, Chief Operating Officer at Noda Pay. “For far too long, banks and payments companies had a stranglehold on how companies could process financial transactions. With open banking, the door has been kicked wide open and that, in turn, is benefiting businesses and their customers.”

Noda Pay is an open banking payments platform that enables businesses to bypass costly banking intermediaries, saving them both time and money on their transactions. Available in the UK and EU, Noda Pay also has plans to expand into North America and Singapore. Other notable players in the open banking world include Tink and Railsbank.

For decades, the process through which businesses exchanged payment for goods and services was closed off and inefficient. All the data and actions related to a person’s bank or credit account were only available to the account’s owner and their bank. Open banking changed things by introducing the concept of “banking consent,” which is when an account owner allows a third-party provider (TPP) to access and connect with their banking data such as account information, balances, transactions, etc. There is also a payment initiation option, which allows TPP’s to create new payment methods without intermediaries such as card schemes (Visa, Mastercard) and wallets (PayPal, AliPay).

“Not only does open banking created efficiencies and cost-savings, it also reduces certain liabilities as well,” added Tenca. “For example, it can benefit merchants by eliminating chargebacks and the risk of non-payment. Merchants can expect real-time payments and real-time confirmation, which improves conversions and benefits consumers. Ideally, open banking will create more competition, leading to better products and more tailored consumer services.”

As with other mature, highly regulated industries, there are a lot of roadblocks that have prevented the banking industry from being as innovative and efficient as other sectors. And that legacy baggage has created a major gap between banking services and other tech-enabled industries. But this gap can be eliminated by innovative TPPs that are licensed to connect to banks using open banking protocols. In the future, banking will become less about who owns the banking customer and more about which companies can make use of data in the most efficient way.

“Think of the open banking framework as the App Store concept for the finance world,” said Tenca. “Instead of a few large technical service providers, there are going to be a lot of them, connected to banks and competing with each other. For businesses, the savings will be incredible.”

How Open Banking Can Help Your Business

Businesses can derive a lot of value from open banking-powered payments. Compared to collecting payments via cards or wallets, open banking allows businesses to:

What’s Next for Open Banking?

The primary obstacle standing in the way of broader open banking adoption is the unwillingness of banks to share technical accesses. Many regions, including the United Kingdom, Europe, Canada, and Australia, have already implemented regulations that oblige the banks to support open banking. Starting in 2021, many open banking providers began achieving significant results in Europe and the UK. But other regions have lagged behind these trailblazers. However, there is no doubt that open banking will continue to spread and radically change the banking and payments industry for more businesses across the globe over the next few years.

JT Ripton is a freelance business and technology writer out of Tampa. He loves to write to inform, educate and provoke minds and has written for publications like Business Insider, Entrepreneur, The Guardian and several more.
Leave a Reply Cancel reply
Subscribe
Follow @smallbiztrends
RSS LinkedIn Pinterest iTunes