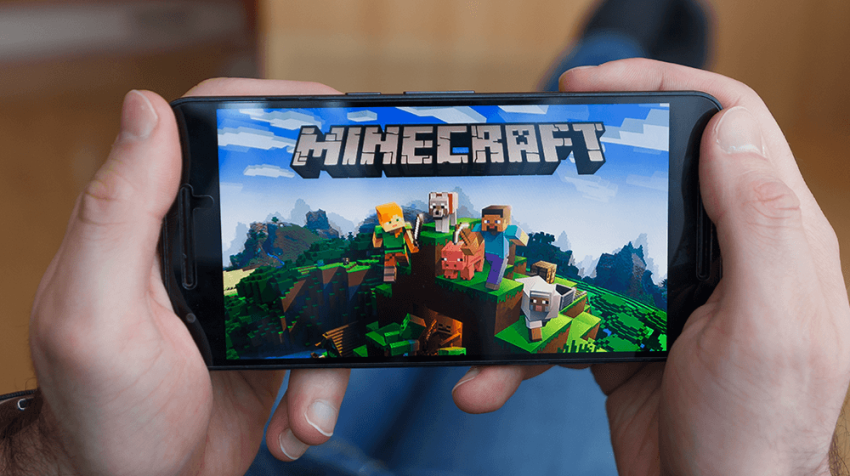 Farming games might be a niche market in the gaming world, but it’s a consistently popular one. Who doesn’t love a farm simulation? These business strategy games are entertaining, challenging and relaxing as players compete to plant and harvest the most crops or raise the largest herds of animals.

Some of the best farming games are centered entirely around farm life and the farming business, while others are more complex and farming is a mere element of the larger game. Either way, there is a plethora of farming games to choose from, and we’ve highlighted a few of the best.

Best Farming Games and Simulators of 2022

The top farming games feature a variety of different farming simulators and games with farming elements. Which are the best farming games of 2022? The following are a few of the most popular farm games to play.

As its name suggests, Farming Simulator 19 is all about running a farm. This version of the popular series takes a realistic approach to simulated farming as players grow crops, raise animals and sell their craft for a profit.

The Harvest Moon series of farming games has been entertaining players for years as they must navigate their way around a new town, building their fortunes by planting crops and establishing a successful farm. First launched for Nintendo in the 90s, multiple versions of the Harvest Moon series have since been released. 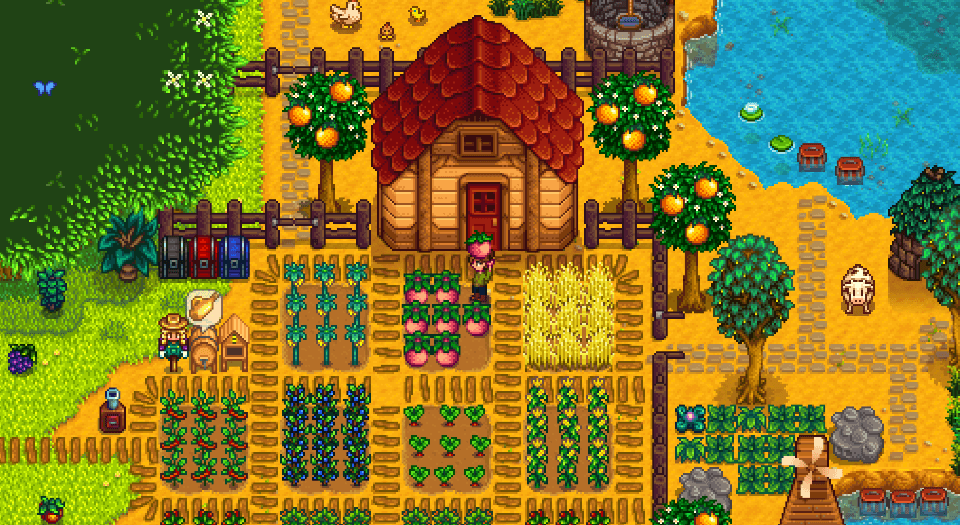 Stardew Valley players are charged with establishing a family farm, but this farming simulator focuses more on building relationships with townspeople than raising cows or harvesting corn. After inheriting a grandfather’s farm, Stardew Valley players must not only perform farming tasks like planting crops, but also complete quests at town events to help local villagers restore the community.

In another of the best farming games, players again find themselves managing a farm they’ve inherited from a grandfather. In Pioneers of Olive Town, a recent entry in the popular Story of Seasons series of farming games, players must plant crops, raise animals and build relationships with residents of the nearby town. 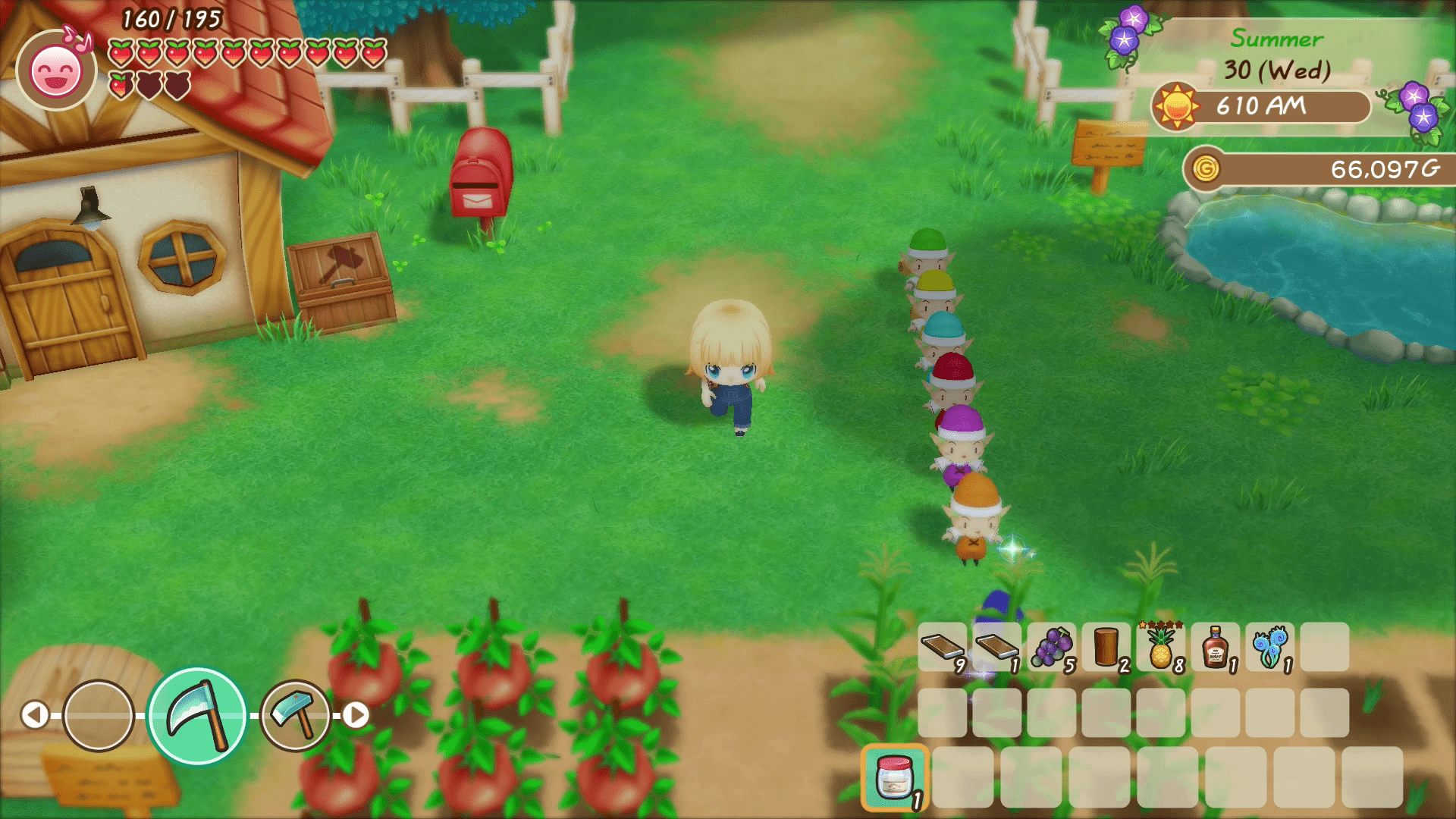 Another entry in the popular farming genre series Story of Seasons, Friends of Mineral Town challenges players to simulate a farm in 3D. The object of the game is to run and manage a farm with tasks like growing crops, while also making friends and exploring new areas. Friends of Mineral Town players can even task their avatars with starting a family!

The runaway hit for mobile platforms launched its third iteration in 2021, and both Apple and Android fans can’t get enough of this most popular of mobile farming sims. Farmville 3 focuses on breeding and raising animals, and players must hire and level up a number of farmhands to buy animals and succeed. 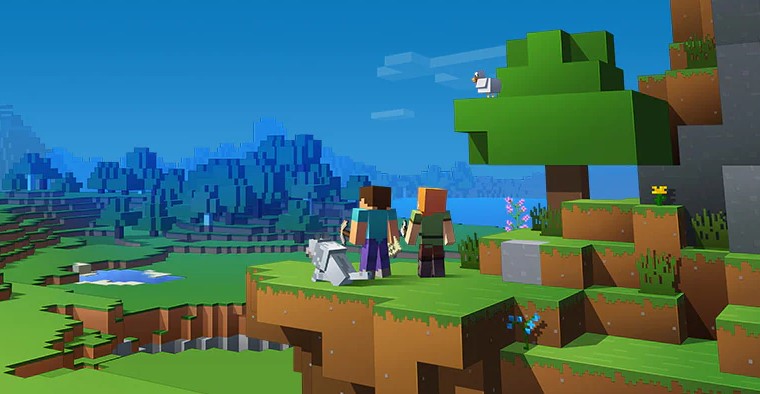 Minecraft has grown to become one of the most popular video games among a broad audience, superseding other games of the farm genre. The Minecraft open-world sandbox format provides almost endless opportunities to build a farmer’s dynasty. Players can spend hours building villages or focusing on fun farming tasks.

Garden Paws features a familiar story of players inheriting a grandparent’s farm. But this game stands apart in that players control an avatar that happens to be a cute and cuddly animal. Other townspeople are also portrayed by animals, all performing farming tasks. Other activities in Garden Paws include building a house, setting up a town and even running a store. 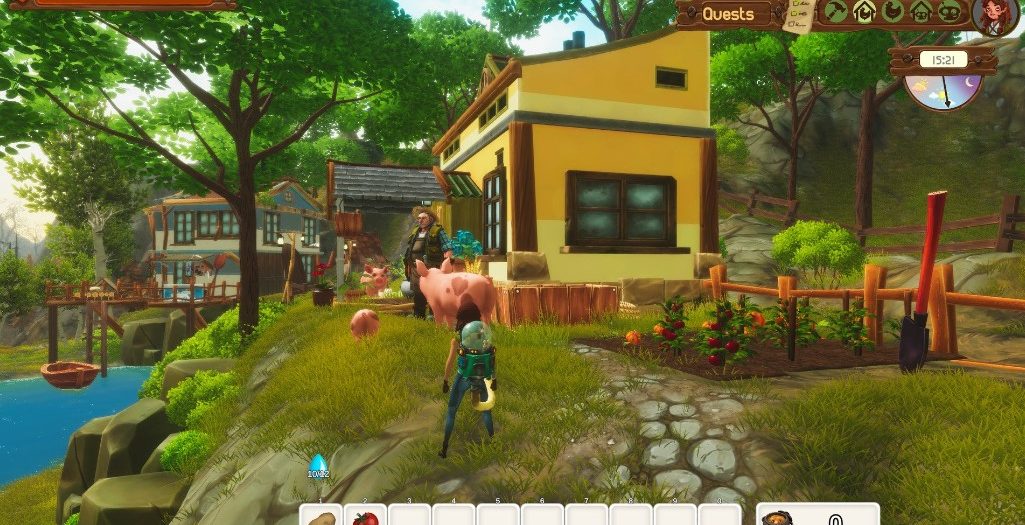 Can you thrive on a post-apocalyptic farm? Set in a cluttered and destroyed land, No Place Like Home players find themselves abandoned by humanity. Their goal of gameplay is to return the environment to a livable state while building their farms. This is accomplished by collecting garbage and recycling it into usable parts.

Want to play a farm game that requires real-world resource management skills to succeed? Manage your own farm in Farm Manager 2021, and challenge your skills. Plan your crops according to the seasons, look after animals and even maintain equipment in this fun simulator. 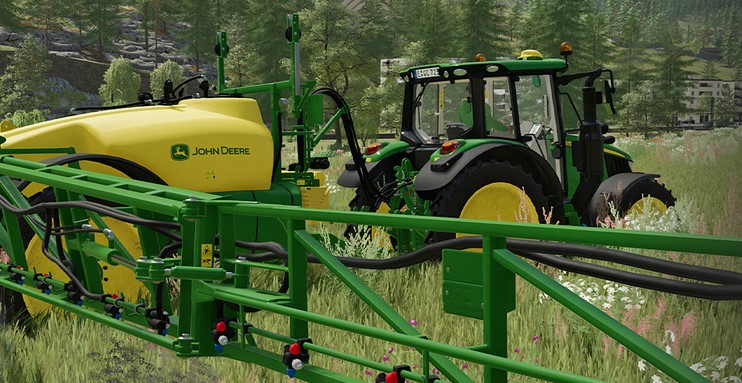 Another of the best games in this popular farming simulator series, Farming Simulator 22 is even more realistic than the previous games. This game is a great choice for players who want to master the business side of farming as they aren’t just planning a harvest or raising animals, they also have to balance the budget.

Farmer’s Dynasty is a unique and realistic farm simulator to play that offers a different type of farming experience. The game mixes elements of a classic farming game with life simulation and role-playing as players are challenged to fix their farms with new buildings, prepare for a harvest, raise animals and reap the rewards.

13. Grow: Song of the Evertree 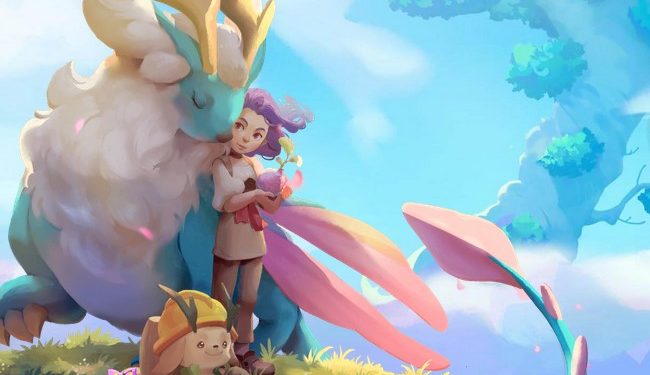 One of the newest games on the list, Grow: Song of the Evertree invites players to a world of freeform exploration as they move about a beautiful narrative. The customizable characters also can partake in a variety of farming activities as they work to restore the titular Evertree. Can you make your biome seed fertile again?

Play the creative farming and village life game features a cast of quirky characters and a voxel style reminiscent of Minecraft. Staxel players are challenged to build a farmhouse, assist other villagers with quests, grow crops and even head to the wilderness to go fishing or hunt for bugs. 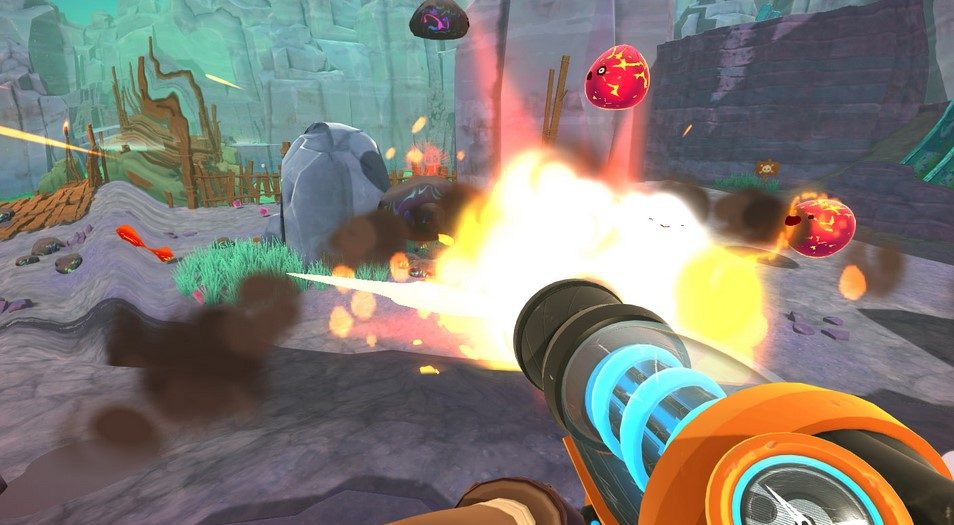 Want to play a farming game that is truly out of this world? Slime Rancher takes place on a distant planet, where players must farm slimy alien life forms by catching, breeding and caring for them. Once successful, players earn money by harvesting their slimes and selling them for extraterrestrial cash.

This colorful and relaxing RPG game challenges players to restore areas recently attacked by a villain. Explore the Littlewood area, help other characters and rebuild the town in this popular game that features farming elements. How much can you improve life in the small town of Solemn? 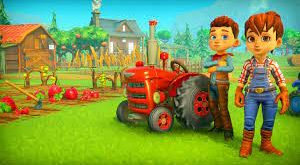 Farm Together is a great farm simulator that allows players to farm solo or with many players and friends, which makes it an excellent teambuilding activity. The relaxing game stands apart from the crowd thanks to its complex challenges. Farm Together players can tend crops, unlock buildings, raise animals and expand their farms in this entertaining sim game.

Terraria is a building game that takes place in an open-world setting, so players can play the game however they want, similar to the ultra-popular Minecraft. While playing Terraria, you can grow crops, you can explore the surroundings or gather materials to build your community. Players are only limited by their creativity!

What is the best farm game?

Released in 2016, Stardew Valley has been called the best farming game of all time. While its story is typical to the farming genre, the game features an impressive range of activities that promise to capture players’ attention for hundreds of hours. The possibilities are endless as the game never ends.

What is the best free farming game?

Not all farming sims are free. The best free farming game for mobile devices is Farmville 3. The newest entry in the popular game series for Zynga, Farmville 3 challenges players to pay extra attention to the variety of livestock they are raising on their farms.

What is the best farming game to raise animals?

Gamers and aspiring farmers who want to focus on raising animals should choose Farmville 3: Animals. The popular farming simulator is entirely focused on raising livestock in this version, and players can choose to be a farmer who breeds and care for chickens, cows, pigs, horses and other animals.

Other popular farming games in which players raise animals include:

What is the most realistic farming game?

Want a farm simulator that is more realistic than other farming games? The most realistic farming game is Farming Simulator 22. Not only are the graphics incredibly realistic, but the game requires players to master real-world farm activities like balancing their budgets in addition to popular farming activities like harvesting crops and raising animals.