What is a Recession? 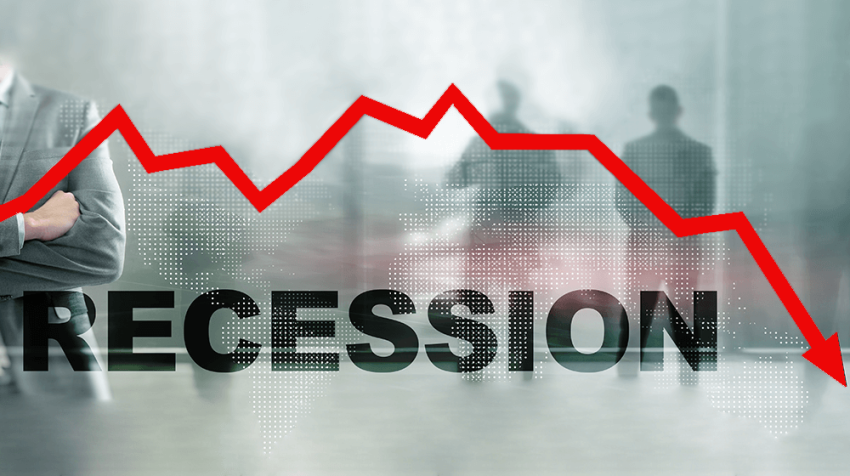 Ever heard the term “recession?” Chances are, your definition is quite different from what economists actually mean when they use the word. In this article, we’ll take a closer look at what a recession is and explore some of the reasons why this economic decline happens.

What Does Recession Mean?

A recession is a decline in economic activity spread across the economy, lasting more than a few months. Recessions are characterized by a drop in gross domestic product, higher unemployment, and falling prices in financial markets. In the United States, a recession is typically defined as two consecutive quarters of negative economic growth.

What Causes a Recession?

There’s no single cause of a recession. Instead, recessions are typically caused by a combination of factors. Let’s take a look at the six main things that cause a recession:

Consumer spending is a key driver of a growing economy. When people stop spending money, businesses make less money and are forced to cut back on their own spending. This can lead to layoffs and a decrease in production, which further reduces consumer spending and creates a feedback loop that can cause a recession.

Government Cuts Back on Spending

Government spending can also contribute to a recession. When the government cuts back on its spending, it can lead to a decrease in jobs, and production.

A decrease in exports can also cause a recession. When other countries buy fewer of our goods and services, it can lead to a decrease in production and jobs.

An increase in imports can also cause a recession. When we buy more goods and services from other countries, it can lead to a decrease in production and jobs here at home.

Economic Indicators of a Recession

There are several key economic indicators that can help to show whether or not an economy is experiencing a recession. When an economic analysis is performed, these indicators are often taken into account in order to give a more accurate picture of the current state of the economy. Let’s take a look at four indicators of a recession:

A Significant Decline in Economic Activity

One of the most obvious indicators of a recession is a significant decline in activity in the economy for consecutive quarters. This can be measured in various ways, but one of the most common is to look at the gross domestic product (GDP). GDP is the total value of all goods and services produced within a country’s borders in a given period of time, and it is often used as a measure of a country’s economic health.

Another key indicator of a recession is the rise of the unemployment rate. When people lose their jobs, they have less money to spend, which can lead to a decrease in consumer spending and a further decline in activity in the economy.

A plummeting stock market is another key indicator of a recession. When the stock market crashes, it can signal that investors are losing confidence in the economy and are selling off their assets. This can lead to a decline in economic activity as well.

Recessions and Business in Economic Research

In business, as in life, we are subject to the ebb and flow of cycles. Recessions are a part of these business cycles. They’re periods of slowdown or contraction during which businesses experience decreased demand for their products or services. As a result, they may cut back on production, lay off workers, or otherwise scale back their operations.

How Long Do Recessions Last?

This is a question that’s been asked since the world economy collapsed in the wake of World War II. In the years immediately following the war, the world was in the grips of a global recession. It lasted for more than a decade and saw unemployment levels reach unprecedented heights. Then there was the gulf war recession, which began in 1990 as a result of the Gulf War, and it lasted just over two consecutive quarters.

How Do Recessions Work?

This is done by either selling assets or by increasing savings. Once people start deleveraging, the economy slows down because there is less money being spent. This leads to layoffs and more businesses going bankrupt. The further the economy falls, the more deleveraging occurs, and the deeper the recession becomes.

See Also: Experts Say Recession Could be Coming in 2020, Is Your Business Ready?

An economic recession is a period of temporary decline in the economy during which trade and industrial activity are reduced. A depression is a more prolonged and severe period of the economy being in a decline that typically involves a sharp decrease in output, employment, and prices (deflation). They’re similar in that both periods of decline in the economy are characterized by falling output and employment. However, depressions are usually much more severe, with sharper decreases in output and employment.

Planning Ahead and Taking The Positives

Recessions have come and gone since the beginning of our country’s existence, and they’ll continue to do so. Economic research shows they’re a natural part of the business cycle and while they can be painful, they’re also a necessary part of the economy’s growth. Believe it or not, there are some benefits to a recession such as: