The Best and Worst Airlines for Business Travel 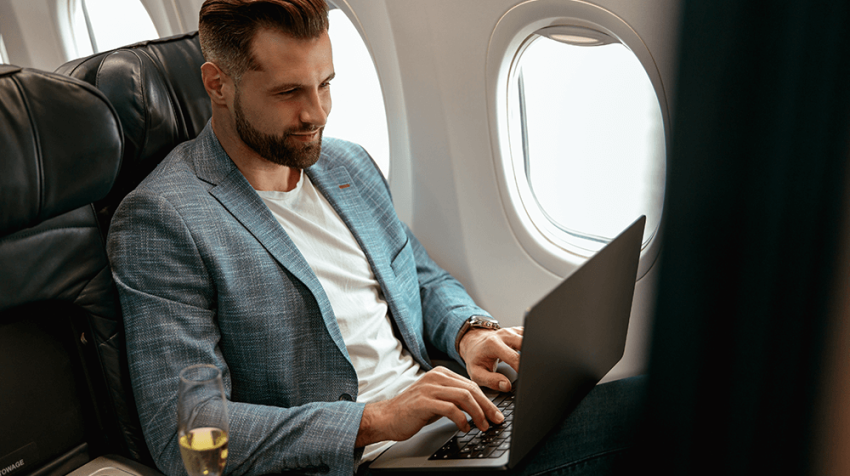 The ratings for best and worst airlines are constantly evolving. First came the pandemic, then spiking oil costs, like a fabled one-two punch to the airline industry domestically and worldwide.

The airline industry struggled to keep full staff, with shortages of pilots, inflight crew members, gate staff and baggage handlers. Shortages in all those categories led to longer time on the ground at the gate. For many months, there seemed to be little hope to reduce congestion and get planes off and on the ground on time.

Today, business travelers weary of cancellations and delays are choosing on-time departures and arrivals as their top desire, with in-flight amenities such as free in-flight refreshments taking a back seat. The main trend in customer complaints has been lack of timeliness, rather than costs.

We didn’t consider reports of animal-related incidents as we developed our ratings, feeling that animal incidents weren’t a key factor for business travelers. We’ve searched customer satisfaction ratings and compiled a list of the best and worst airlines for business travel.

As stated, the ratings are constantly evolving. For example, United Airlines recently inked a new pilot contract which boosts their pay – will that help ease the pilot shortage?

If you want to keep tabs on ratings, based on key findings such as customer complaints and customer satisfaction, the American Customer Satisfaction Index travel report is an easy measure and a good place to start. The ACSI ratings compare the best airlines to the worst airlines, using customer ratings on four major categories, including the reservation process, baggage handling, timely arrivals and inflight amenities.

Delta Airlines is the major airline that consistently gets top ratings in most categories.

With our airline ranking, we’ve started with the worst to start the list. However, keep in mind that some choices may be more or less important to a variety of business travelers.

For example, you may choose lower-cost flights over amenities. You’d rather grab a water bottle and snack from a kiosk in the terminal than have such a cost added to the ticket fee. Or, it may be of utmost importance to you to have a comfortable airline seat and free wifi.

We didn’t include American Airlines, as the carrier has been canceling massive numbers of flights, including 700 on one day in late June 2022. American has also dropped service to some major US cities, which will also affect the operations of Envoy Air. Envoy Air is American’s regional carrier.

Here are details on the reasons for the ratings of each airline.

Spirit Airlines has consistently rated the worst airline for customer service, mainly due to customer complaints about mishandled luggage and denied boardings.

However, airfare costs are inexpensive and there are no free amenities.

Frontier Airlines also has low ratings for customer service with complaints about flight delays, baggage mishaps, and a lack of amenities – no wifi, beverages or snacks. However, business class passengers like Frontier for its consistently low ticket prices.

JetBlue Airways rates high in onboard comfort with extra legroom in economy class, which enhances the in-flight experience. JetBlue is also offering free amenities with in-flight refreshments, complimentary snacks, inflight entertainment, and wi-fi. Ticket rates are affordable, but the airline has a high number of passenger opinions expressed as complaints about delay rates.

Allegiant Air transportation gets a good total score as one of the key regional carriers known for flights into smaller, regional airports. In addition to offering that convenient service, Allegiant gets good ratings for its low-cost tickets.

As mentioned, the new United Airlines pilot contract boosts their pay. United is rated one of the best airlines for customer comfort level, and is also rated as one of the safest airline choices. During the past year or two, the highest number of passenger complaints involve flight delays or cancellations, but with the new pilot contract, United could become a reliable airline for online departures and arrivals. That may change in the industry, as more airlines undertake the issue of not only pilot wages but wages including gate staff and inflight crews.

Southwest Airlines tops The Points Guy List (travel website rating loyalty programs) and gets high ratings in so many other aspects and major categories. The Points Guy and customers rate Southwest as the best airline for baggage (free) and its no-fee cancellation policy.

Alaska Airlines has top ratings for customer service and is rated the best airline for reliability, in-flight comfort, and price. Alaska Air is rated for having one of the best frequent flyer programs in airline travel circles. Despite its name, it’s not just one of the regional players, with plenty of flight options throughout the country.

Delta Air Lines takes the lead among airlines as the best overall operations, with few instances of mishandled baggage and measures taken to increase passenger comforts, such as comfortable seating and easy reservations and check-ins. Delta is rated the most reliable airline domestically, as far as on-time departures and arrivals. It’s one of the airlines based in nearly all major US cities.

According to opinions expressed by passengers, customer service gets high ratings, with a low number of complaints in that category. Delta topped Alaska airlines, which got the nationwide safety runner-up to Delta.