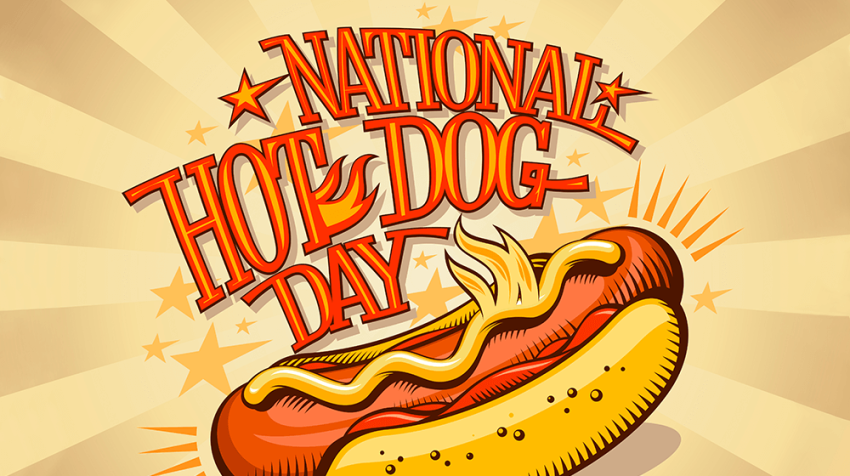 National Hot Dog Day is July 20. The hot dog is sometimes mocked but it’s definitely one of America’s favorite foods and small businesses contribute an incredible amount to the hot dog industry.

Whether you call them hot dogs, wieners, frankfurters, weenies, sausages, coneys, or red hots, the hot dog is the quintessential American delicacy.

Last year Americans spent more than $7.5 billion on hot dogs and sausages in US supermarkets consuming them in homes, barbecues, ballparks, food stands, and more.

Interestingly hot dogs are a serious business the global Hot Dogs and Sausages market is valued at $69.3 billion in 2018 and is expected to reach 80.5 billion by the end of 2025.

With the market projected to grow by 1.9% during the period from 2019 to 2025 many are trying to try their hand at starting their hot dog stand or buying a hot dog franchise business.

According to the National Hot Dog and Sausage, Council Americans consume some 20 billion hot dogs a year – with the average American eating around 70 hot dogs each year. National Hot Dog Day is always marked on the third Wednesday of July.

History of the Humble Hot Dog

First originating in Germany, hot dogs started as Frankfurter Würstchens or little sausages that were served during imperial coronations. It would gradually make its way across the Atlantic to America in the late 19th century. There is much debate surrounding how the humble hot dog came into existence. Popular hot dog lore tells us that a German immigrant named Anton Feuchtwanger incorporated the bun into his hot dogs in St. Louis, Missouri so that his customers will not have to burn their hands.

Another lore contends that hot dogs first became popular in the U.S. when a German immigrant began selling them from a cart in the Bowery district of New York City. In 1871, a certain Charles Feltman opened the first Coney Island hot dog stand, and his business boomed and spread south where the first sausage was served at a baseball park in 1893, creating the bond between hot dogs and baseball.

The name ‘hot dog’ is often connected to a cartoonist who observed the carts selling ‘red hot dachshund dogs’ on the New York Polo grounds and was unable to spell dachshund, so he opted to print hot dogs’ instead.

Broadly speaking, franks and wieners were the popular names for the Americanized hot dog and were named after their hometowns, Frankfurt, Germany, and Vienna, Austria.  While hot dogs, franks, and wieners are commonly used interchangeably today, a frank typically refers to an all-beef product, while a wiener usually contains pork

But What is a Hot Dog?

Irrespective of how the hot dog came about, today there are several variations of the hot dog- even spawning a vegetarian variety despite objections from hot dog purists. The law may be on their side though, the California Legislature in 2013 defined the hot dog as a whole, cured, cooked sausage that is skinless or stuffed in a casing, that may be known as a frankfurter, frank, furter, wiener, red hot, vienna, bologna, garlic
bologna, or knockwurst, and that may be served in a bun or roll’.

Meats used in hot dogs often come from the muscle. In some cases, producers may also include other varieties of meat such as liver and hearts. However, the U.S. Department of Agriculture requires manufacturers to declare those ingredients on the package with the statement ‘with variety meats’ or ‘with meat by-products.  The meat is then ground into small pieces and blended with spices and preservatives that are then inserted into casings.

But it is not that simple. Various states and regions have their take on the hot dog with their unique meat choice and accompanying condiments and toppings. In Tuscon and Phoenix, they are called Sonorans which are grilled bacon-wrapped hot dogs, in Upstate New York they are called Michigan Red Hots which are beef franks with a natural casing, served in a steamed split-top bun, and topped with a minced meat chili (no tomatoes or beans), chopped raw onions, and mustard.