What Happens During a Recession? Your Complete Guide 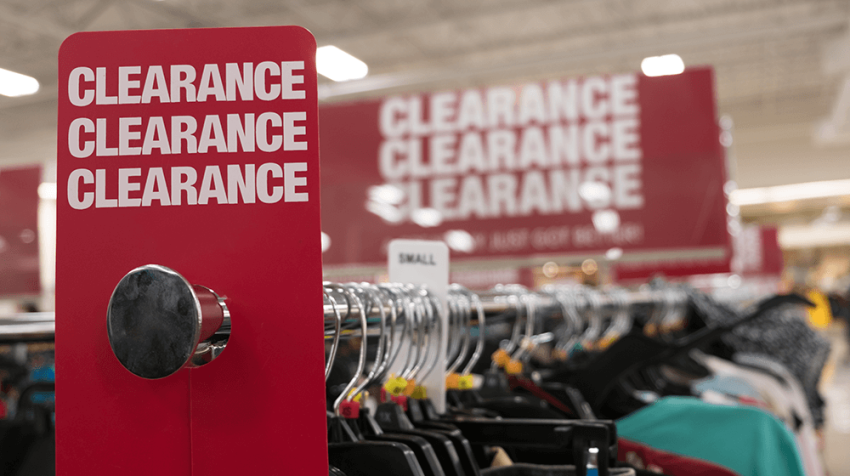 In their hit song “I Want It That Way,” the Backstreet Boys croon about how they want things to be perfect. Unfortunately, in life – and in business – there is no such thing as perfection. Although it’s impossible to predict everything that will happen during a recession, by being prepared you can minimize its negative effects on your bottom line. This guide will teach you what to expect, and how to protect your business while the economy takes a nosedive. Let’s get started!

What Would Happen if we Went into a Recession?

The first thing you need to know about a recession is that it’s not caused by one event. It’s the result of many different factors coming together, like high unemployment, low consumer confidence, and decreased spending. When these things happen, they put a strain on businesses of all sizes.

Stages of a Recession

The economy goes through cycles, and a recession is just one part of that. Being aware of how these cycles work can help you weather the storm and come out on the other side stronger than before. There are five stages of a recession, which we’ll discuss below.

This is the first stage, and it’s characterized by a decrease in activity throughout the economy. This can manifest itself in different ways, like lower production levels, fewer jobs, and less spending by consumers and businesses.

The second stage of a recession is the trough. This is when the economy reaches its lowest point and starts to turn around. This is often marked by an increase in unemployment, as people who have been laid off start to look for new jobs.

The third stage is the recovery when the economy starts to grow again. This is usually a slow process, with businesses and consumers gradually increasing their spending.

The fourth stage is expansion when the economy is growing at a healthy rate. This is when businesses are thriving, new jobs are being created, and people are feeling confident about the future.

The fifth and final stage is the peak when the economy is at its highest point. This is often followed by a recession, as the economy starts to slow down. And this cycle repeats itself, over and over.

READ MORE: How to Prepare for a Recession: Your Complete Guide

What Happens in a Recession?

The economic cycle is a natural phenomenon, and there’s nothing we can do to stop it. However, there are things we can do to prepare for a recession, which is when there is negative GDP (gross domestic product) growth for at least two consecutive quarters.

The National Bureau of Economic Research (NBER) says a recession is “a significant decline in economic activity spread across the economy, lasting more than a few months, normally visible in real GDP, real income, employment, industrial production, and wholesale-retail sales.” Here are six main things that happen during a recession:

The first thing that happens during a recession is the economy slows down. This means that businesses are producing less, and consumer spending is down. This can lead to layoffs, as businesses try to cut costs. During this time, there’s a significant decline in the demand for goods and services.

The second thing that happens is a stock market decline. This is when the value of stocks goes down, and people lose money. This can cause a lot of anxiety, as people worry about their investments. However, this can be a great time to invest in the stock market, as you can buy stocks at a discount.

A growing economy is the third thing that happens. This is when the economy starts to grow again, after a period of decline. This is often a slow process, as businesses and consumers gradually increase their spending.

The fourth thing that happens is the Federal Reserve raises interest rates to try to slow down the economy. Raising interest rates can make it more difficult for businesses to borrow money, and can also lead to inflation.

The fifth thing that happens is unemployment rises. This is when people lose their jobs, as businesses try to cut costs. This can be a very difficult time for families, as they try to make ends meet.

The sixth and final thing that happens is inflation. This is when prices go up, and people’s incomes don’t keep pace. This can be a problem for businesses, as they try to maintain their profit margins.

What’s Happened During Past Recessions?

There have been 13 economic recessions since the Great Depression. They’ve usually been caused by things like wars, oil shocks, or financial crises. Recessions can be difficult times for businesses and consumers alike. But they’re also a natural part of economic cycles, and they eventually come to an end. Let’s take a look at two recent recessions in our country’s history:

The Great Recession saw a significant decline in activity throughout the economy that occurred between 2007 and 2009. According to economic research, the recession was caused by a combination of factors, including the bursting of the housing bubble, easy credit conditions, and high oil prices. This was one of the worst recessions since the Great Depression. Many people lost their jobs and homes, and the stock market experienced a significant drop.

World War II brought about a sharp decrease in economic activity. This was due in part to the fact that many countries were focused on funding the war effort, and also because of the disruption caused by the conflict. After the war ended, the global economy experienced a period of rapid growth, known as the postwar boom.

See Also: A Complete Guide To DIY Voip Setup For Your Business

Make Sure Your Small Business is Prepared

No one likes to think about the possibility of a recession, but as a small business owner, it’s important to be prepared. The first step is to take a close look at your financial situation. Do you have enough cash on hand to weather a few months of slow sales?

It’s also important to understand the business cycle and how it might affect your industry. While there’s no guarantee that your business will survive the next recession, taking the proper precautions can give you a better chance of weathering the storm.