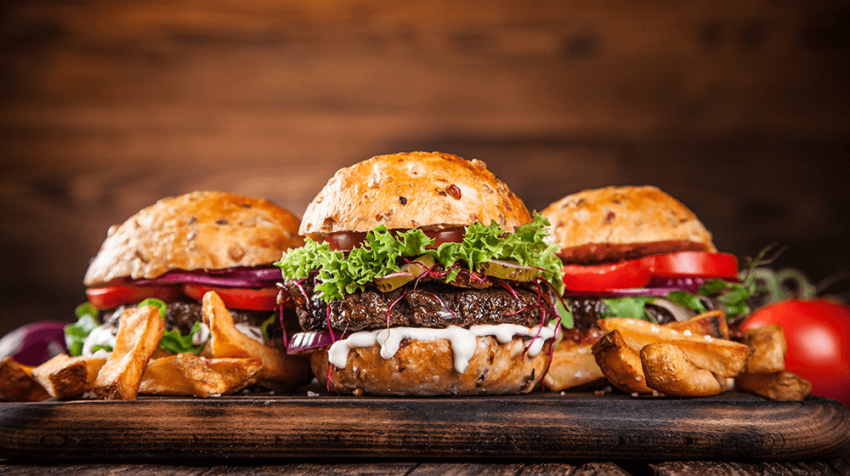 Do you love burgers? If so, then you’re in luck, because there are tons of burger franchises out there. In fact, there are so many that it can be tough to choose the right one.

That’s why we’ve put together a list of the 30 best fast food hamburger franchises out there.

Whether you’re looking for a casual hamburger joint or something a bit more upscale, we’ve got you covered. Let’s dive in!

What is a Burger Franchise?

Essentially, it’s a burger joint that’s owned and operated by a franchisor, who grants the right to use their name and trademark to a franchisee.

The franchisee then pays a fee to the franchisor in exchange for the right to sell burgers under the franchisor’s name and operate their business according to their guidelines. Some franchise opportunities allow you to sell turkey burgers, hot dogs, and chicken burgers as well.

The Burger Industry in 2022

In 2022, the burger restaurant industry is expected to be worth $131 billion. This proven business model is based on providing a delicious burger concept that meets the needs of today’s consumers.

Whether they’re looking for chicken sandwiches, veggie burgers, or something in between.

The fast-food industry is expected to continue its growth at an average annual rate of 2.4% per year. This compound annual growth rate is expected to reach 4.6% from 2020-2027.

Why You Should Consider Becoming a Burger Franchise Owner

In America, burger chains are some of the most popular and profitable businesses around. Here are five reasons why you should consider becoming an owner of a burger franchise:

To open a Burger King franchise, you’ll need to have a minimum of $500,000 in liquid assets and a $1 million net worth. There’s a franchise fee of $50,000 along with an initial application fee of $5,000. They were one of the first chains to offer meatless burgers.

Five Guys began offering franchising in 2002 and has since become one of the most popular burger chains in the world. They also currently offer their signature burgers and hot dogs in 1,500 locations across 16 countries.

McDonald’s is one of the most well-known brands in the world that offers franchising opportunities and has been in business selling classic burgers since 1940. To open a franchise, expect to invest between $1.25 million and $2.3 million.

Wendy’s began offering franchise opportunities in the early 1970s and you can expect to spend between $2 million to $3.7 million.

Elevation Burger has been franchising since 2008. They use 100% organic, grass-fed beef in their signature burgers and they’re committed to sustainability. Your minimum investment would be about $400,000.

Jack in the Box has been franchising since 1951 and it’s one of the leading fast-food hamburger chains in America. Your minimum investment would be $1.5 million minimum.

To open a Freddy’s Frozen Custard & Steakburgers, you’ll need an initial investment of between $641,000 and $2.1 million.

Farmer Boys was founded in 1981 and can be franchised for between $1 million to $2.5 million.

Sonic Drive-In is an American chain of fast-food restaurants that was founded in 1953. It can require an investment of almost $3.5 million, not including the cost of land.

Big Smoke Burger is a burger restaurant that was founded in 2007. They require franchisees to have a minimum of CAD $200,000 of non-borrowed personal resources.

A&W is a fast-food restaurant chain founded in 1919. You can open one with a top-of-the-range cost of about $1.5 million, excluding real estate costs.

More of the Best Burger Franchises

Here are some more burger chain restaurants that are very popular in our country:

Culver’s is a restaurant chain founded in 1984 by Craig and Lea Culver. The first restaurant was opened in Sauk City, Wisconsin. To open your own will require an investment of up to $4,652,000.

To open a Hardee’s restaurant chain, your total investment would be about $1.1 million. As with most of these franchises, the investment cost does not include real estate.

Checkers was founded in 1986 and it’ll cost you about $1.3 million to start your own fast-food restaurant either under the Checker or Rally’s brand.

Steak ‘N Shake has been around since 1934. To open a franchise, you’ll need an estimated initial investment of at least $672,000.

Starting your own Carl’s Jr. fast-food joint will cost you about $1.3 million in total. You’ll need a net worth of over $1 million to get started.

Hamburger Mary’s opened in 1972. In general, you’ll need access to at least $250,000 to open your restaurant, but some locations have opened with less.

BUILT Custom Burgers is a fast-casual restaurant chain that offers counter-custom burgers. They were founded in 2006 and it can run you upwards of $856,500 to open your own.

Drifter’s Hamburgers specializes in cooked-to-order California-style specialty burgers that are made with local beef. Initial start-up costs for a franchisee can range from $151k to over $526k.

The Counter offers entrepreneurs a gourmet burger franchise opportunity. It can cost almost $2 million to open your own location.

BGR The Burger Joint is a casual fast food restaurant chain that requires an investment of almost $600,000 to open.

Picking the best franchise to increase your chances of a successful burger launch involves more than finding a brand with good marketing.

Here are four ways you can choose the best franchise for yourself:

Consider the cost of the franchise

When you’re looking at different franchises, one of the things you’ll want to consider is the cost.

Make sure to compare the initial investment, as well as the ongoing costs, so that you can be sure you’re picking a franchise that you can afford.

Look at the franchisor’s support

Another important thing to consider is the franchisor’s support. Find out what kind of training and support they offer so that you can be sure you’re getting everything you need to be successful.

You’ll want to make sure that you’re picking a franchise with a business model that makes sense for you.

Consider things like the size of the franchise territory and the target market so that you can be sure you’re picking a business that will work for you.

Think about the future

Finally, you’ll want to think about the future when you’re choosing a franchise. Make sure to pick a franchise that you think has good long-term potential so that you can be successful in the future.

How Much Does It Cost to Start a Burger Franchise?

When it comes to franchising, the burger business is one of the most popular and profitable options out there. But how much does it cost to start a burger franchise?

The answer varies depending on a number of factors, but the average cost is somewhere between $100,000 and almost $5 million.

So if you’re looking for a franchise opportunity that offers a high return on investment, the burger business is definitely worth considering.

Burger franchises offer a lot of potential for profitability. They’re typically less expensive to start up than other types of businesses, and they have a proven track record when it comes to success.

Ultimately, it’s important to do your own research before investing in any franchise.

What Is the Best Burger Franchise?

The answer to this varies, but the best hamburger franchises typically have a few things in common.

They’re well-known brands with strong marketing, they offer a good return on investment, and they provide comprehensive support to their franchisees.