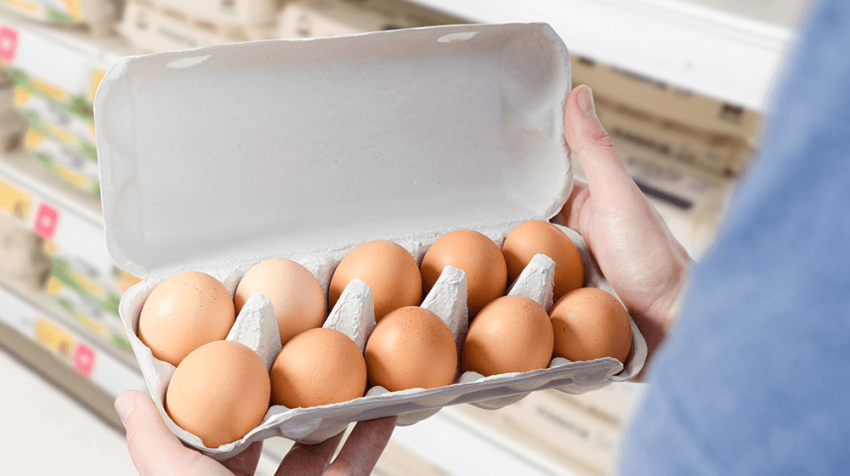 According to the retail analytics firm Information Resources Inc, egg prices have gone up by 47% in July compared to what they cost a year ago. The price of nearly every grocery item has ballooned over the past year driven by factors that include high production costs, rising fuel, supply chain hiccups, and more.

Why are Egg Prices Going Up?

Food and beverage inflation continues to press consumers at grocery stores, despite recent price decreases in other areas of the economy such as gasoline. July’s data shows that prices of consumer goods remain elevated across categories. Prices for food-at-home rose 1.4% from the end of June to the end of July, and 10.9 % year-over-year as of July 31.

The price index for meats, poultry, fish, and eggs increased 13.7 percent over the last year as the index for beef rose 16 percent. The other major grocery store food group indexes also rose over the past year, with cereals and bakery products showing increases of 15 percent.

Like eggs prices for butter also saw a 26.3% increase from last year in July and a further 3.2% increase in price from June. According to Information Resources Inc, food prices are up 14% year-over-year through July. This is happening as inflation continued to march higher for food items where in July it reached 10.9%, the largest increase since May of 1979’s record of 10.4%, according to the Consumer Price Index (CPI).

Why are Egg Prices So High?

The reason why egg prices are rising is one of the nation’s worst bird flu outbreaks, which killed more than 30 million commercial and wild birds. The outbreak hurt egg-laying hens and turkeys the most. Due to the heavy losses to the poultry industry the outbreak had cut back supply as farmers and growers worked on trying to repopulate their flocks.

In a bid to encourage shoppers, retailers are opting more and more for promotional tactics. These include weekly sales and coupons in many foods and beverage categories as supply pressures ease and consumers increasingly look for the best deals.

Recent data indicates that the top five food and beverage categories where promotion increased in the four weeks ending July 10, 2022, show close parallels to the same four weeks in 2019, before the pandemic, with nearly 50% of these top categories’ sales coming from promoted items.