Woodworker’s YouTube Success Story Could Be Your Business Inspiration 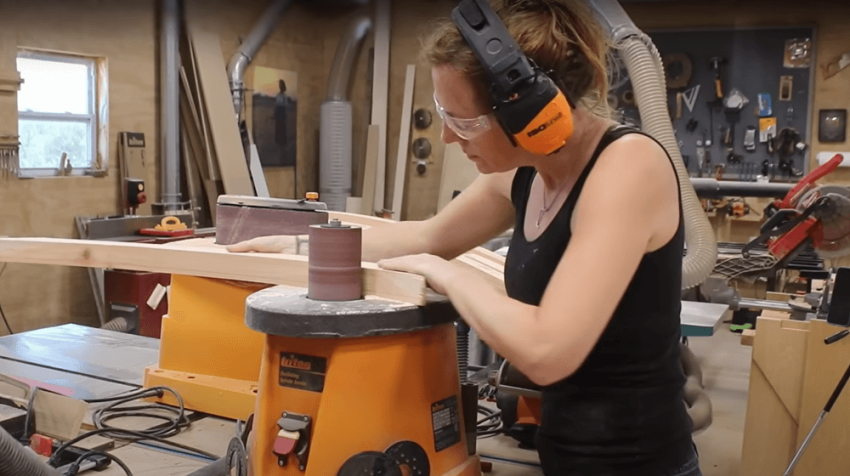 There are a quite few successful YouTubers around these days, many of which owe their popularity to video game live streams. But there is another kind of success that can be achieved on YouTube, and an unassuming woodworker has shown us the way.

Woodworker’s YouTube Success Story Could Be Your Business Inspiration

Texas-native April Wilkerson has a woodworking channel with over 1.4 million subscribers, the success of which has enabled her to open a brick-and-mortar shop selling woodworking plans and associated paraphernalia. Yet just nine years ago she had never even used a power tool.

It was in 2013 when April reached a crossroads in her life. She had a new home with little spare money to furnish it, and she was unsure where exactly she was going in life. To solve one of these issues, she had the idea to make her own furniture.

She then discovered the craft of woodworking and decided to give it a real go, teaching herself the basics through trial and error.

April had never attended shop class or used any power tools, so she was learning everything from scratch. But the more she learned about woodworking, the more she fell in love with it. Then she had another idea.

As she learned new skills, April began filming tutorials to teach others how to do what she had just learned. She posted her videos on YouTube with the hope of helping others discover the joy of woodworking, and within a few months, she became the most well-known female woodworker on the platform.

Her success was down to her step-by-step style of tutorial which was easy for woodworking beginners to follow. She quickly became a full-time YouTube creator and has since hired nine employees to help her run the multiple business ventures that have emerged from her YouTube success.

The YouTube blog explains how April turned the success of her tutorials into a brick-and-mortar shop: “In 2020, April bought a shop called The Wood Shed, which she turned into a commercial venue. Today, she uses the site to manufacture woodworking templates and furniture along with selling wood, tools, and her own products.”

The blog added that as her brand grew, so did her platform, and by 2020, a TV network had reached out to April after seeing her channel. This led to her co-hosting the History Channel’s show Assembly Required with Home Improvement stars Tim Allen and Richard Karn in 2021.

April’s manager Gary Wentz is certain that the YouTube success was what created the chance to open a brick-and-mortar store. “There’s no way it could have happened without [YouTube]. It’s the foundation on which she has built the rest of her business,” said Gary.

Gary also explained how April’s YouTube channel has become the economic backbone of her businesses, with a significant amount of her revenue coming through AdSense to supplement her sponsorships and woodworking plan sales.

The Secret of April’s Success

Not everyone will have what it takes to create a successful YouTube channel, although the first requirement seems only to be a genuine interest in something that you enjoy and want to share with others.

“If I can do this, anybody can,” says April. “And I’m not talking about just making and building. I’m talking about changing your life: finding something that makes you happy and leaning into that.”

So, if you have a passion you can lean into, as April says, then you have taken a big step towards potential YouTube success already. There are also plenty of technical aspects you can research, such as designing an attractive and appropriate channel banner, making an auto-playing introduction video, and optimizing your playlists.

After that, it’s time to focus on the quality and unique appeal of your content.