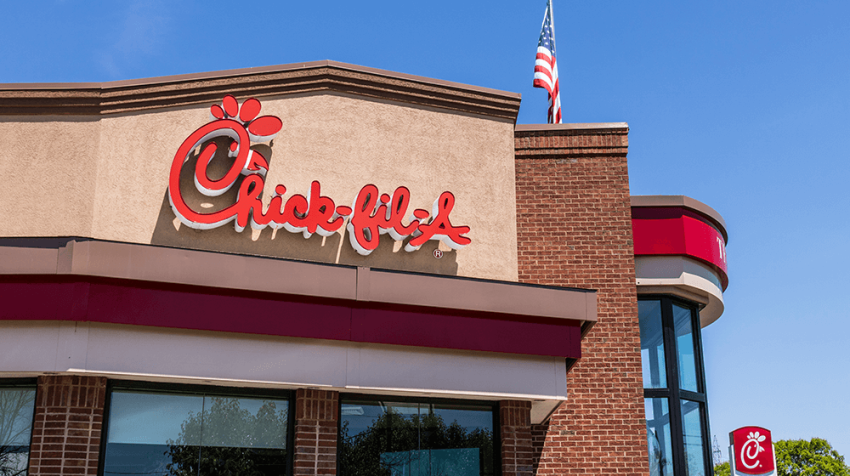 Are you interested in owning your own Chick-fil-A franchise? If so, you’re likely wondering about the ownership process and what’s involved.

In this blog post, we’ll answer some of the most commonly asked questions about Chick-fil-A franchising. We’ll also provide a few tips to help you determine if owning a Chick-fil-A is the right choice for you.

So, whether you’re just starting to explore franchise opportunities or you’re ready to take the next step, keep reading for helpful information about Chick-fil-A ownership.

What is a Chick-fil-A Franchise?

A Chick-fil-A franchise is a restaurant chain specializing in chicken sandwiches and other related menu items. Their logo is a Chick-fil-A cow standing in front of the restaurant with the words “Eat Mor Chikin” written on it.

Their headquarters is located in College Park, Georgia. The first Chick-fil-A restaurant opened in 1967 in Atlanta, Georgia, and they now have over 2,800 restaurants, mostly in the US.

The company was founded in 1946 by S. Truett Cathy. The franchise model is based on a simple formula: produce a quality product at a reasonable price and provide excellent customer service.

This has helped Chick-fil-A to become one of the most successful restaurant chains in the country. In addition to its menu items, the company is also known for its Christian values and conservative stance on social issues. This has occasionally led to controversy, but it has also endeared the company to a loyal customer base.

Is a Chick-fil-A Franchise Right for You?

Now that you know a little bit more about Chick-fil-A and what they offer, it’s time to decide if owning one of their franchises is right for you. Here are a few things to consider:

How Much Do Chick-fil-A Franchises Cost?

To get started with your own Chick-Fil-A franchise, you’ll need to pay an initial investment of only $10,000. While the restaurant can cost anywhere between $342,990 and $1,982,225 to start, a franchisee is only responsible for the initial franchise fee. Chick-Fil-A covers the rest.

How to Become a Chick-fil-A Franchisee

If you’re interested in becoming a franchisee here are the steps:

You’ll first need to attend an informational session to learn more about the franchising process. During this session, you’ll have the opportunity to ask any questions you may have about owning a Chick-fil-A franchise.

After attending an informational session, you’ll be able to submit an online application. Once your application is reviewed, you’ll be contacted to schedule an interview. To prepare for your interview, it’s a good idea to review the company’s history and values.

During your interview, you’ll meet with a franchising representative from the Chick-Fil-A corporation who will ask you questions about your background, experience, and why you want to own a Chick-fil-A franchise. They will also assess whether you’re a good fit for the company. This is also a good time for you to ask any questions you may have about the franchising process.

4. Be approved by the Franchise Board

If you’re approved by the Franchise Board, you’ll be able to sign a franchise agreement and begin the process of opening your own restaurant. If you’ve gotten this far, congratulations! Not many people are given the opportunity to become a franchisee of a Chick-Fil-A fast food restaurant.

After you’ve signed your franchise agreement, you’ll need to complete a multi-week training program at Chick-fil-A’s Restaurant Support Center in Atlanta, Georgia. This program will teach you everything you need to know about running a Chick-fil-A restaurant.

Once you’ve completed training, you’ll be ready to open your own restaurant. You’ll be supported throughout the process by Chick-fil-A’s experienced team of franchise consultants. They’ll help you with everything from site selection to grand opening.

How Profitable Is a Chick-fil-A Franchise?

Chick-fil-A is one of the most profitable fast food chains in the United States, bringing in over $11 billion in annual sales.

If you’re looking to open a Chick-fil-A franchise, there are a few more things you should know, such as: